St. Mary-le-Bow in Cheapside is one of the more well-known of the City churches being home to Bow Bells. The church also has one of the finest Wren steeples which, unlike the church adjacent to the steeple, survived wartime bombing.

My father took the following photo just after the war from Friday Street looking across the ruins of the city towards St. Mary-le-Bow 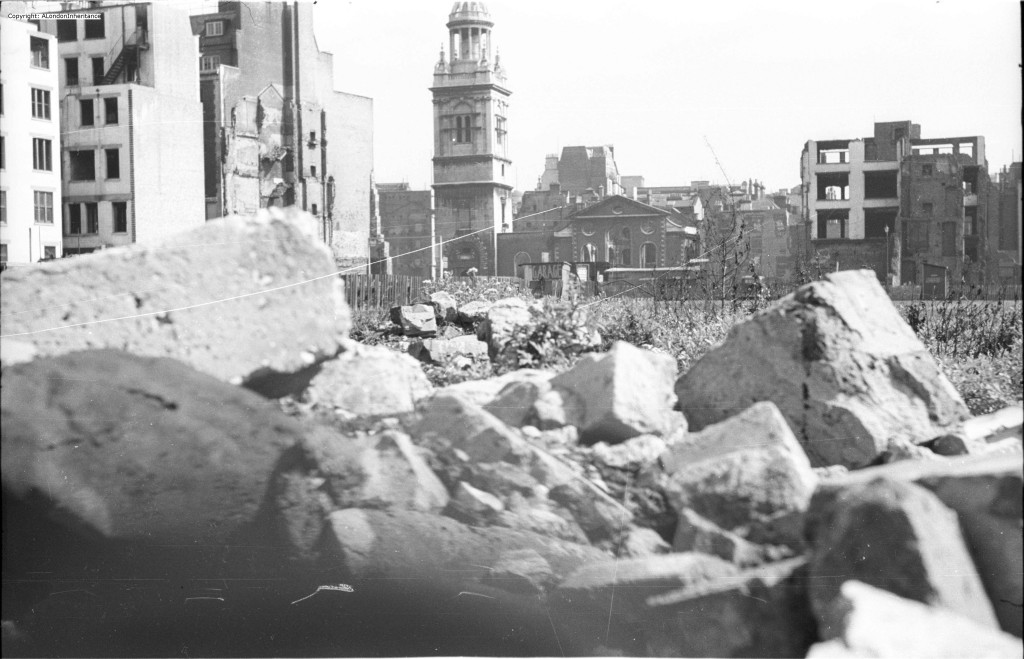 St.Mary-le-Bow is now best viewed from Cheapside and the small square adjacent to the church from where the beauty of the spire can be admired.

A Church has stood on the site of St. Mary-le-Bow for many centuries. The church to the right rather than the tower is the original site of the church. Apparently when the church was rebuilt after the great fire Wren brought the tower forward onto Cheapside and connected the tower to the church with the vestibule which can be seen in the above photo as the brick wall between tower and church.

Part of the crypt of St. Mary-le-Bow which also extends to the left of the photo. 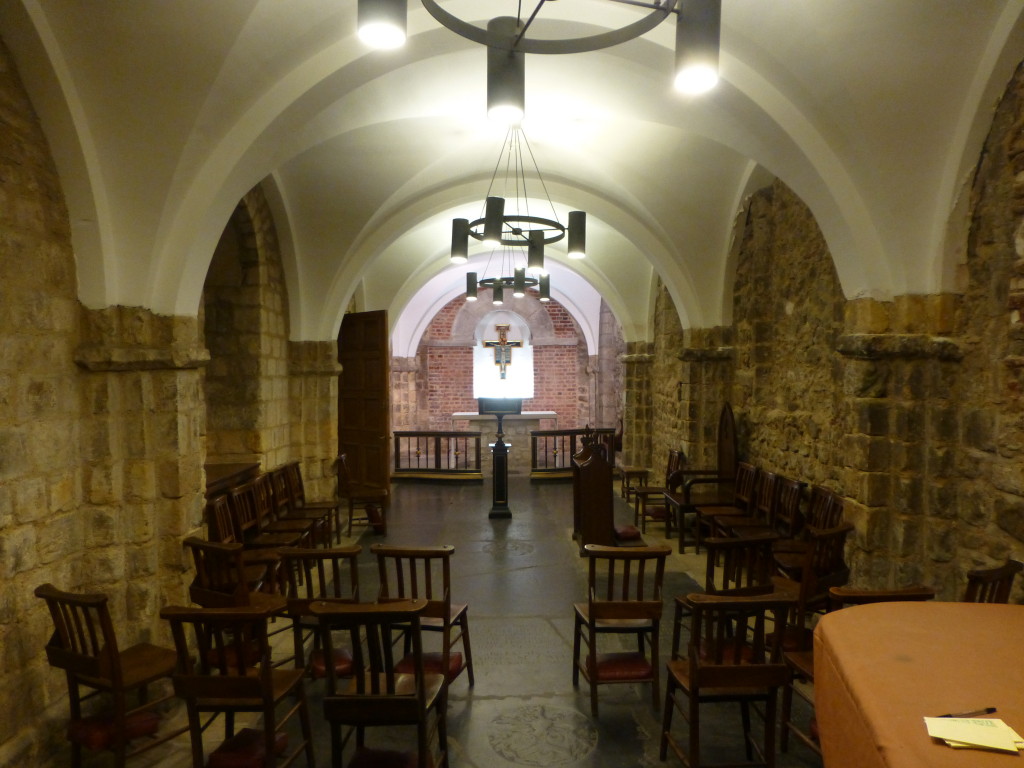 The accounts continue to list in detail the various items and costs for the construction of the Tower which finally amounted to £7,388 8s 7d which must have been a considerable sum in 1680, with a further £8,033, 0s, 5d spent on the church resulting in a combined total of £15,421, 9s, 0d which is by far the most spent on the reconstruction of any of the City churches. For comparison, St. Lawrence Jewry was the next most expensive at £11,870 which really highlights the importance of St. Mary-le-Bow. 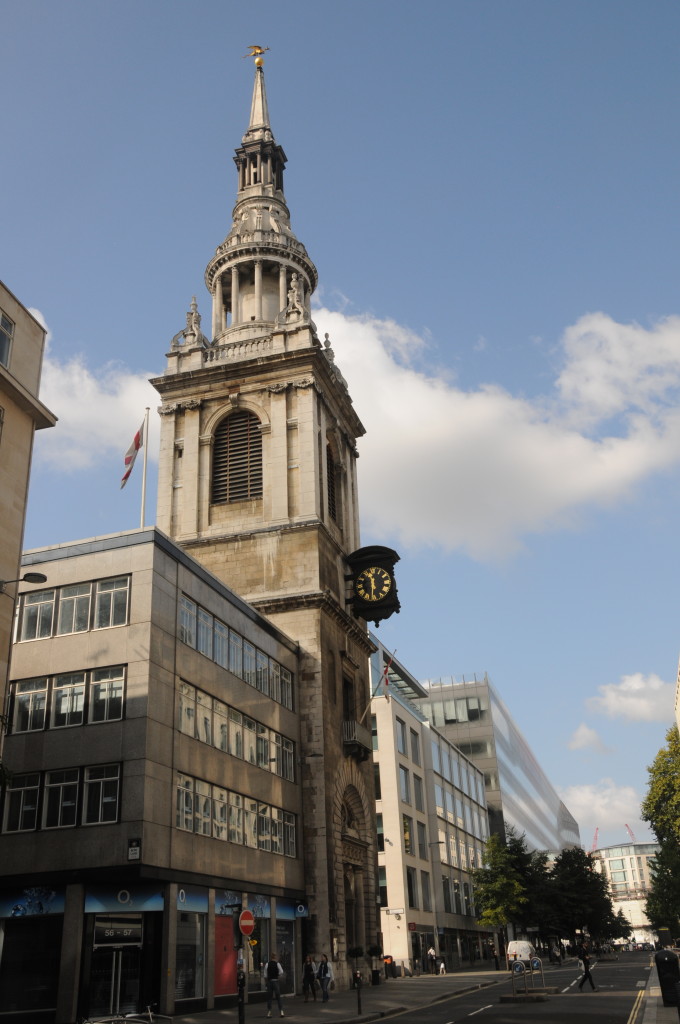 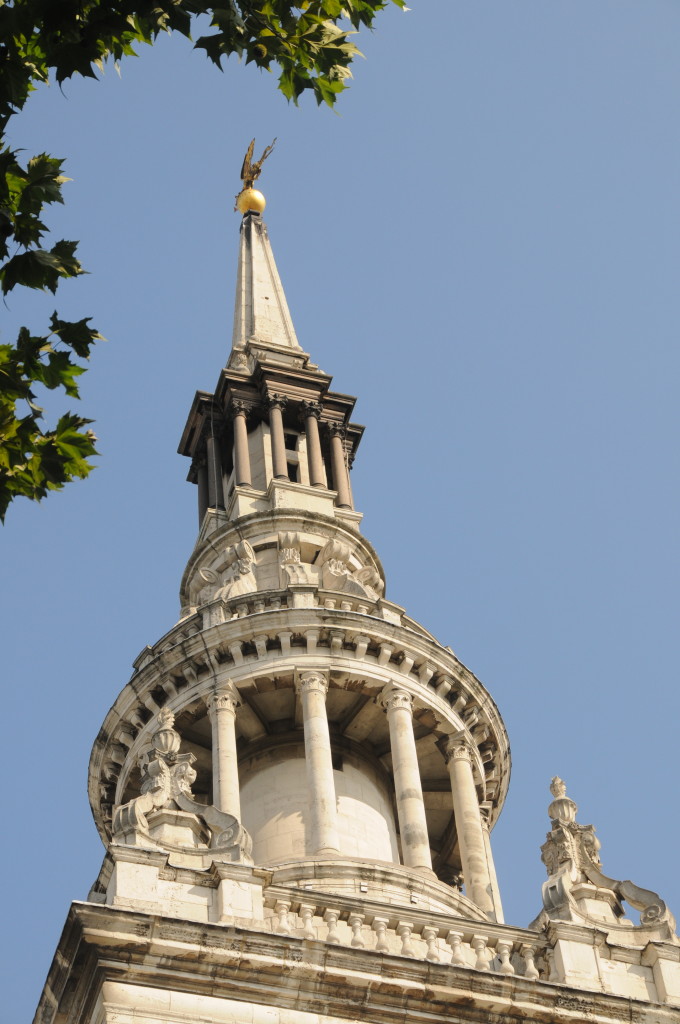 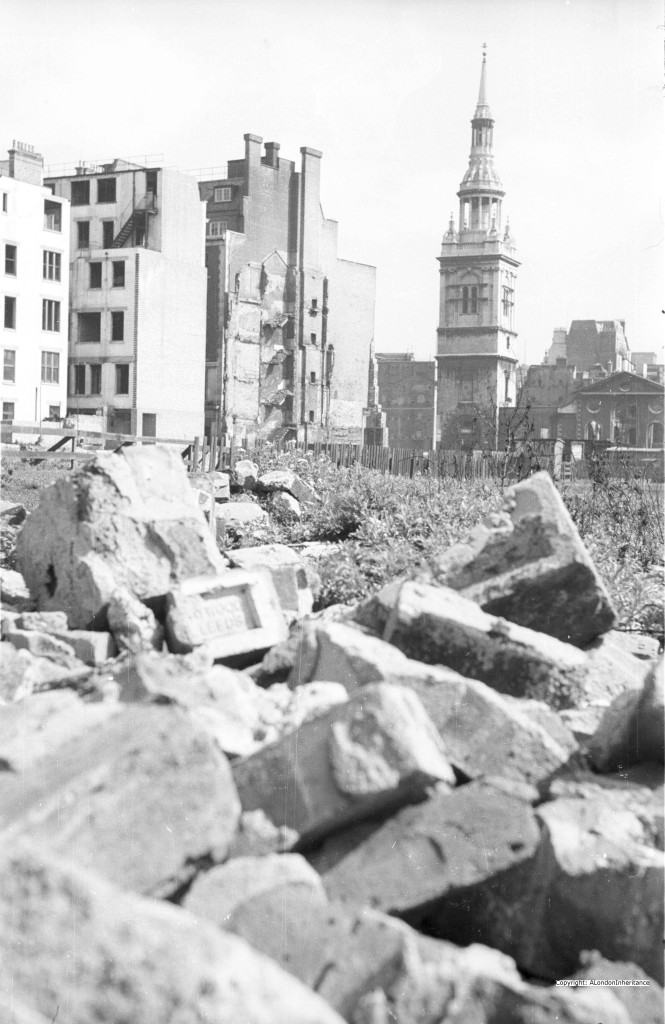 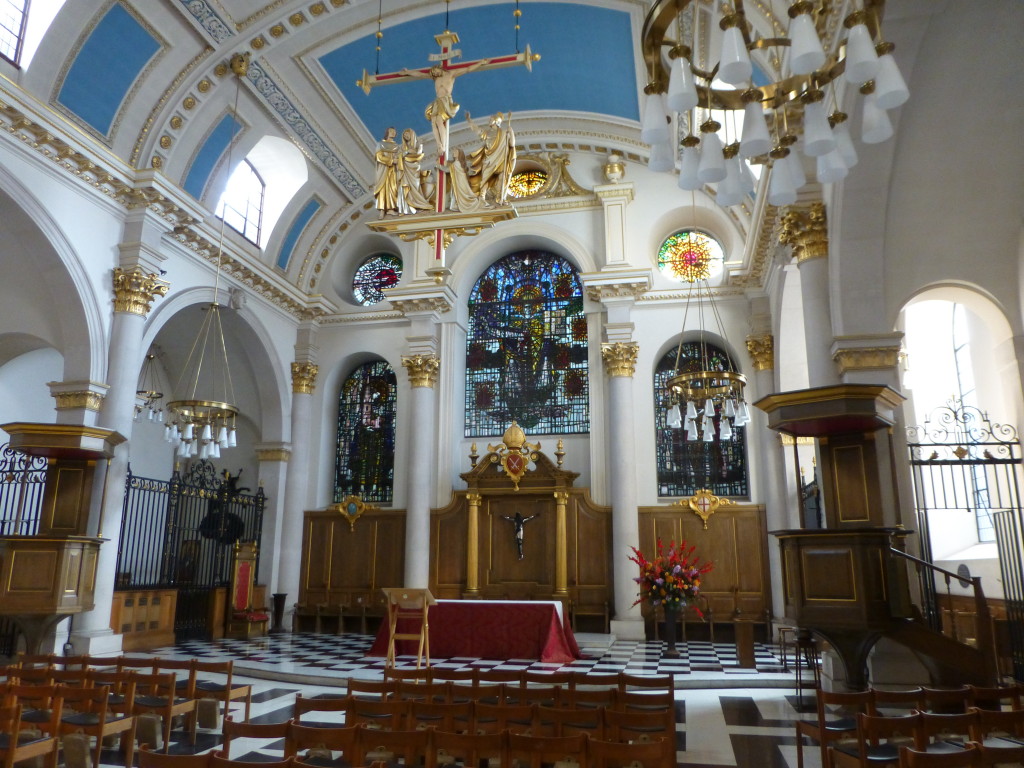 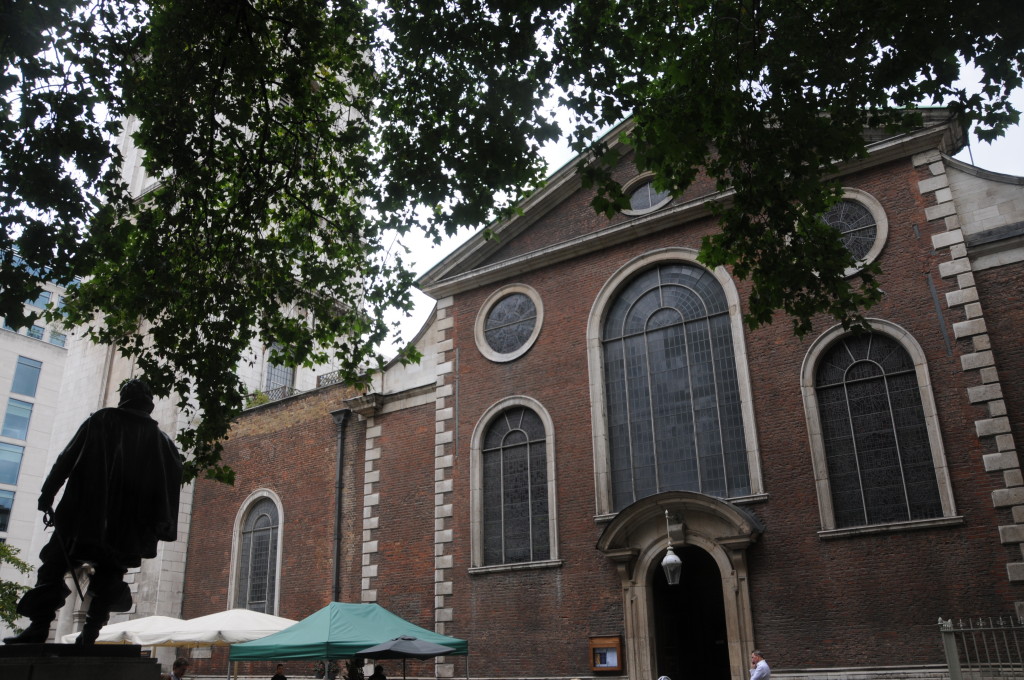 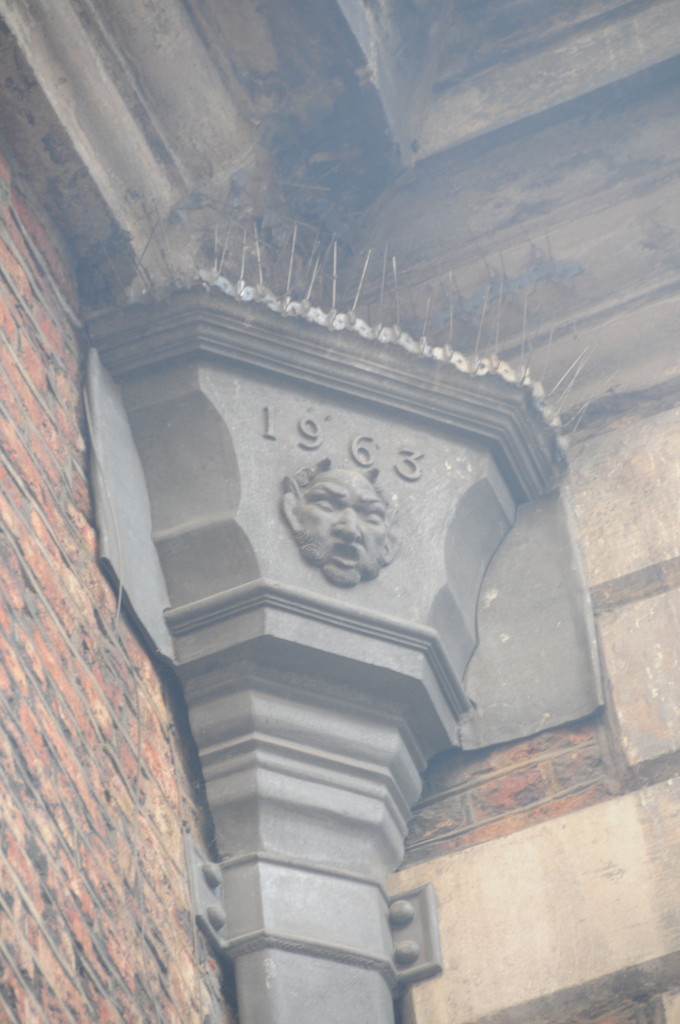 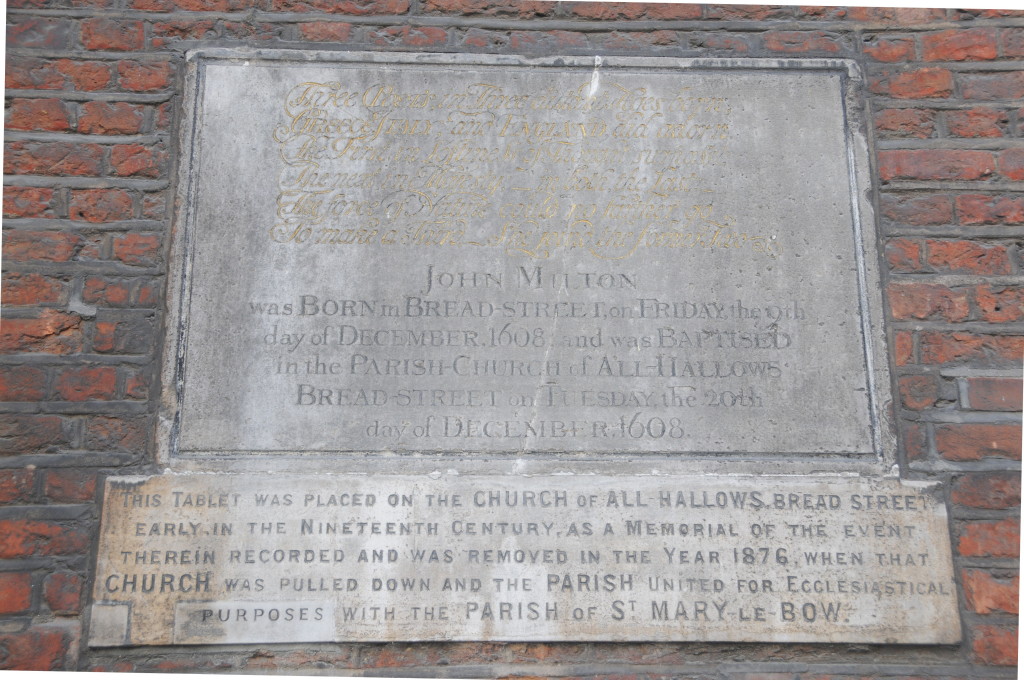 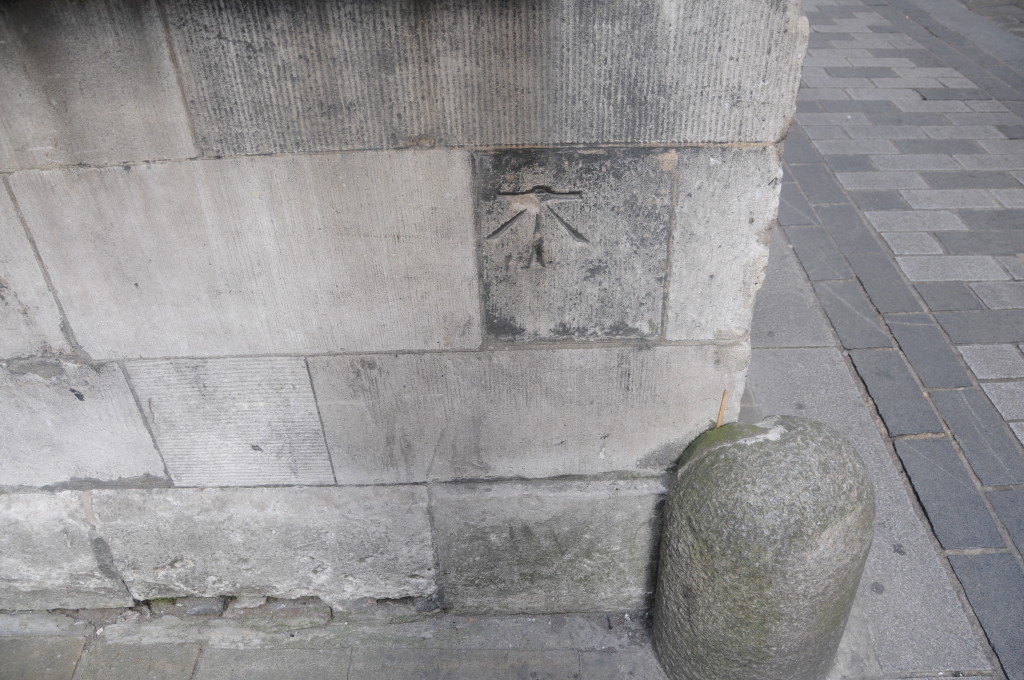 St. Mary-le-Bow has always been a prominent landmark in Cheapside, a very busy route between Bank and St. Paul’s.  The following view taken from an early postcard shows how the steeple stood well above the surrounding buildings and then as now a clock on the front of the tower kept the busy people of Cheapside well-informed of the time of day. 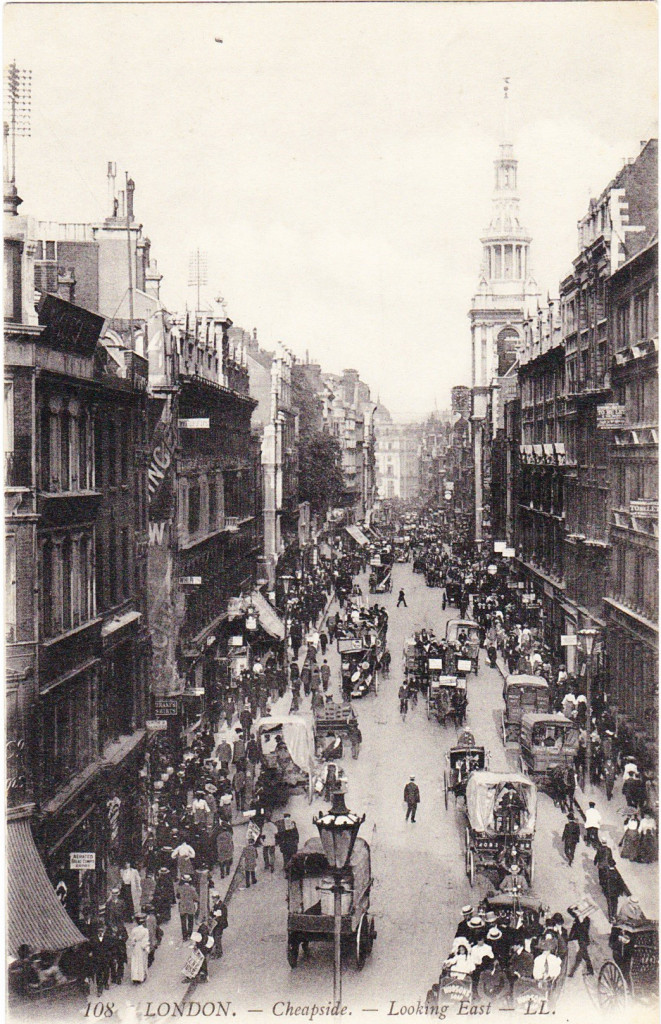 One thought on “A Walk In And Around St. Mary-le-Bow”