Sir Stafford Cripps at Charing Cross Station is one of the more unusual notes that my father wrote on the photos that he printed from his negatives, but that is what I found on the subject of this week’s post and was written to describe the following photo. 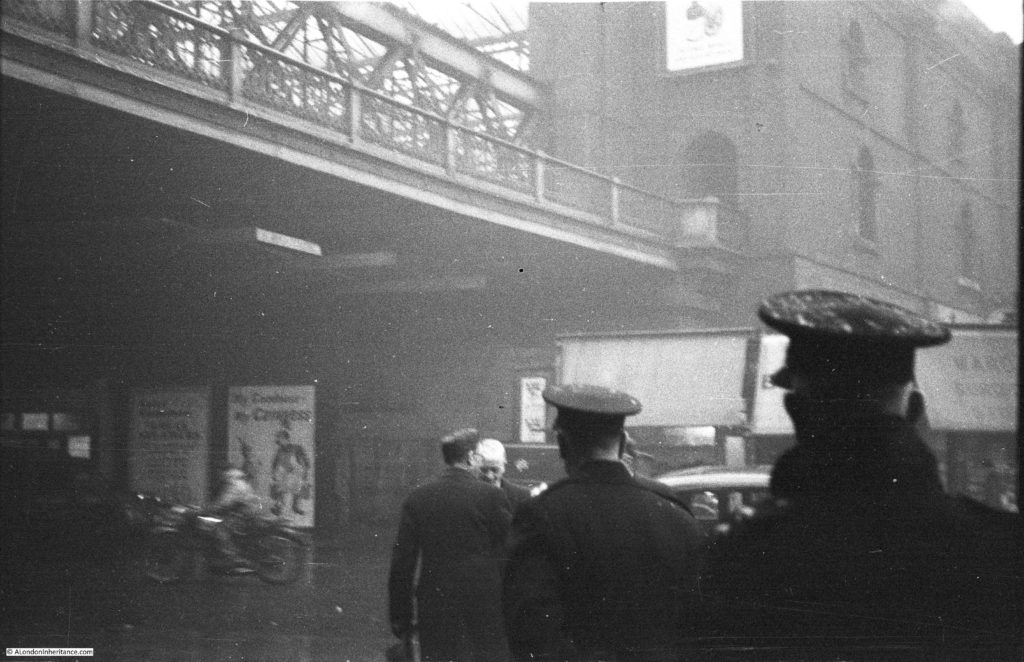 The photo was taken at the junction of Villiers Street and Embankment Place at the rear of the Embankment Underground station (the rear assuming that the front of the station is on the Embankment). The same location today: 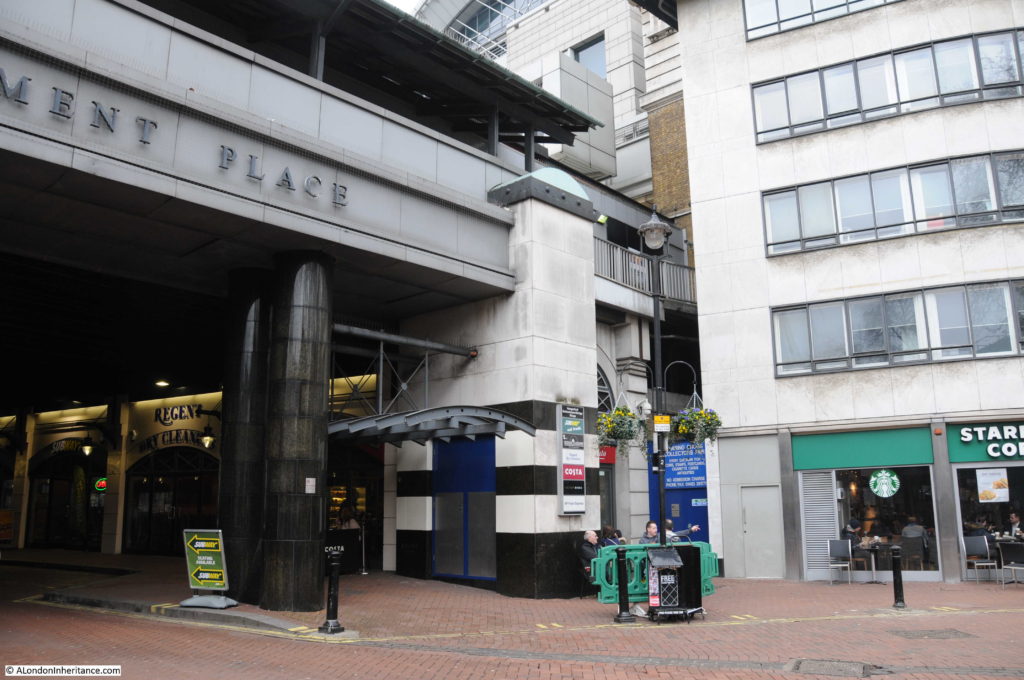 In my father’s photo, the view is from the outside of what is today the entrance to Embankment Underground Station. At top left are the rail tracks leading from the bridge across the River Thames into Charing Cross Station, with the footbridge running alongside the main rail bridge. The brick buildings line the side of the rail tracks as they run into the main station. Across the street can be seen a couple of awnings in front of some shops in Villiers Street.

I assume the two figures with hats are Police, and it looks like a car has pulled up and the man with white hair is being greeted by the man with dark hair.

My father named the location as Charing Cross Station, but I am outside Embankment Station.

The underground stations around Charing Cross have had a rather complex series of names over the years.

In 1906 the next underground line opened, the Baker Street and Waterloo Railway (the Bakerloo) which also had a station just outside and to the northwest of the main Charing Cross Railway Station which was given the name Trafalgar Square, and the station that terminated at what is now the Embankment Station was an interchange to the District Railway Charing Cross Station, but was given the name Embankment.

I hope I have got that right – any corrections appreciated.

The following extract from a 1963 underground map shows the station configuration with Charing Cross Station where the Embankment Station can now be found with Trafalgar Square and Strand Stations just to the north. 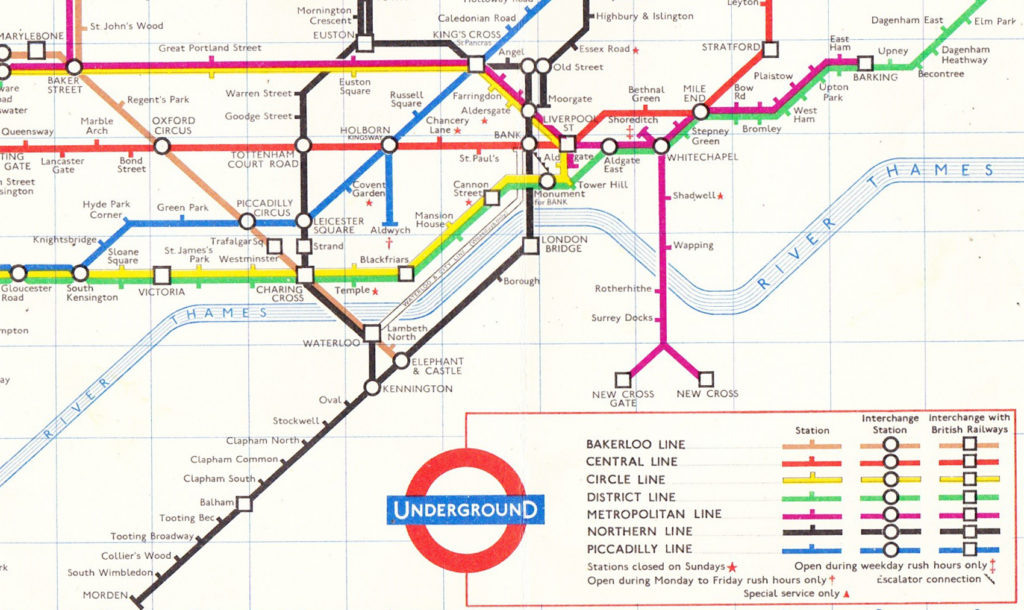 This is the view looking from roughly where the car had stopped in 1948 into the rear of the Embankment Station on a rather wet Saturday: 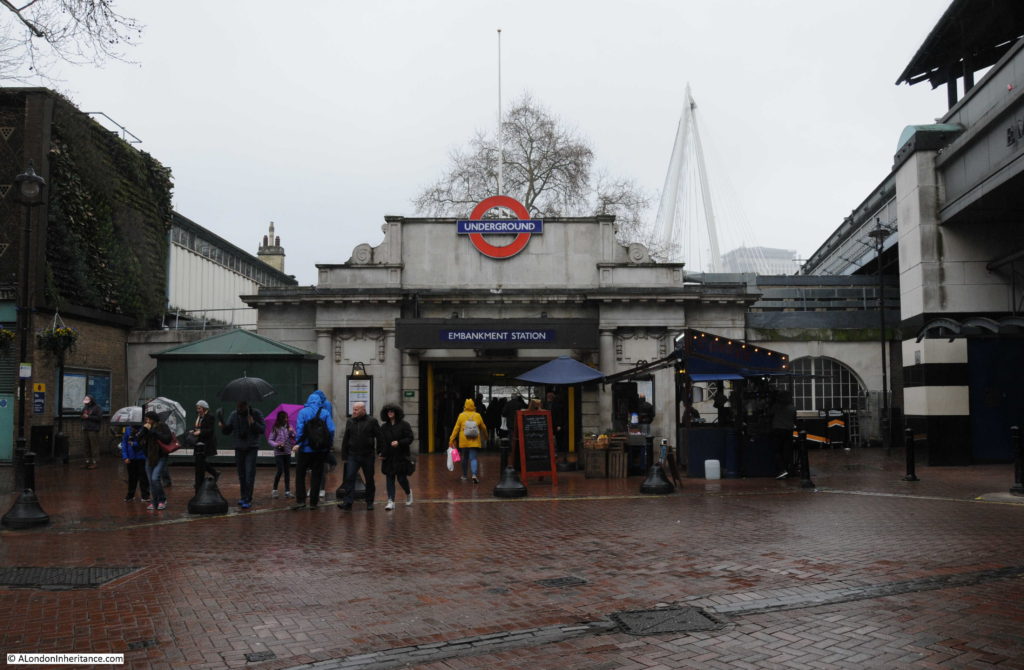 Sir Stafford Cripps was a Labour politician and at the time of the 1948 photos was Chancellor of the Exchequer in the post war Labour Government.

Originally a lawyer, Stafford Cripps joined the Labour Party and was appointed Solicitor General by Ramsay MacDonald. He was highly critical of the National Government that was formed in 1931 and throughout the 1930s argued up and down the country for a form of revolutionary Socialism, to such an extent that a report in the Manchester Guardian stated that “if Sir Stafford Cripps continues, he is much more likely to be the architect of a British Fascism based on the fears of a frightened middle-class than is Sir Oswald Mosley”.

In 1939 he was expelled from the Labour Party after pushing for a Popular Front with the Communist Party, although he would continue to be supported by the constituents of his East Bristol constituency.

Despite being outside of the Labour Party, he was appointed to be the Ambassador to Moscow during the early years of the war, based on Churchill’s believe that a hard left representative would find favour with Stalin. During his time in Moscow, Stafford Cripps reputation grew back at home as he was seen to be strengthening Russia’s resistance to the Nazi invasion.

Back in the UK, from 1942 to 1945 Stafford Cripps was the Minister of Aircraft Production.

Prior to the 1945 General Election Cripps rejoined the Labour Party and after the Labour victory was appointed as the President of the Board of Trade, and from 1947 as the Chancellor of the Exchequer. His time in Moscow had softened his views on Communism as his experiences of Stalin had brought into question the morality of Communism, but he still retained a strong socialist viewpoint.

His training as a lawyer armed Stafford Cripps with a very logical approach to roles such as Chancellor of the Exchequer. He was faced with a country broken by years of war and in urgent need of a rapid growth in manufacturing and export to bring in much needed foreign currency and to rebuild the country after six years of war.

I searched newspapers for any reference to Stafford Cripps visit to Charing Cross Station, but could not find anything – it did not help that my father did not record the actual date in 1948. There are though hundreds of newspaper reports of Stafford Cripps speaking in his role as Chancellor of the Exchequer, calling for more steel production, the expansion of manufacturing, more export, and arguing the case for austerity due to the countries financial condition.

Despite the need for austerity, Stafford Cripps did support high levels of expenditure on social causes such as housing and health.

Stafford Cripps had suffered from Colitis for many years, and his deteriorating health forced him to resign in 1950, and he would die two years later on the 21st April 1952.

The London Daily Herald wrote on the following day:

His intellectual gifts won him pre-eminence, whether at the Bar or in politics. But he added to them other and perhaps greater qualities. He was a man of complete integrity, of superb courage, and of selfless devotion to duty.

He did not flinch, when the war was over, from the task of warning the country, first as President of the Board of Trade, then as Chancellor, of the bleakness of the economic outlook and of the continuing need for austerity.

That earned him for a while unpopularity and even derision in many quarters. But derision turned to respect and admiration as it was realised how sound his judgement and advice had been.”

In addition to the first photo at the top of the post, my father took a second photo which looks to have been taken from just inside the station with the walls of the station entrance to the right and above.

Two men are walking towards the station entrance, with a policeman by their side. One is wearing a chain of office and the other is wearing a bowler hat. What I do not know is which one is Stafford Cripps. 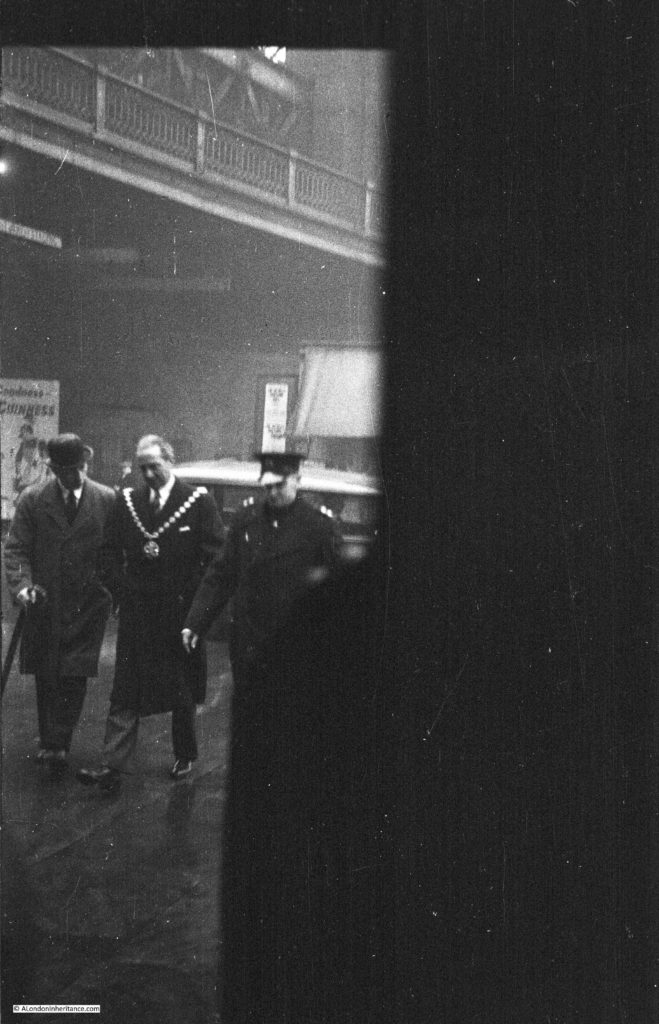 I am not aware that the position of Chancellor of the Exchequer comes with a chain of office, however I get the impression that the man in the above photo in the middle appears to be the most important. 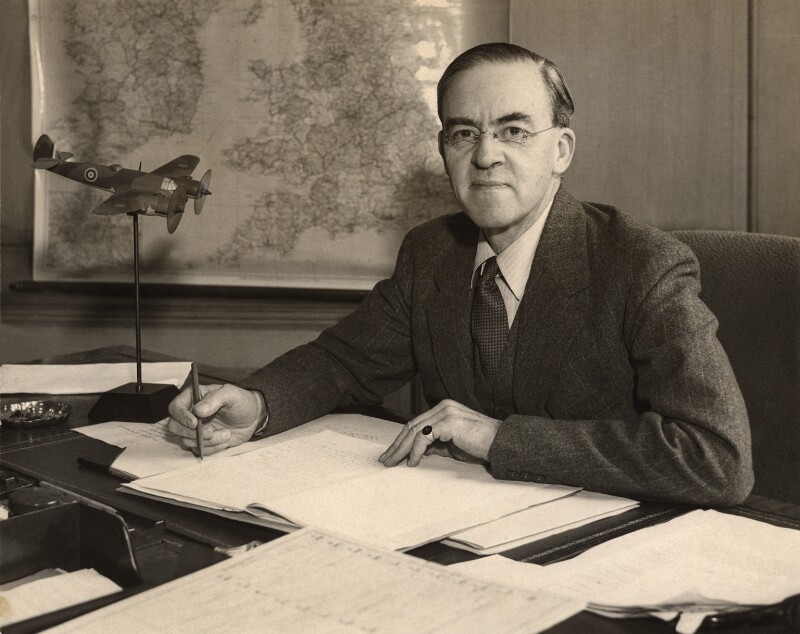 In some ways I am left with more questions than I have answered in this post. Whilst I have found the location of the original photos, I cannot be certain which of the men is Sir Stafford Cripps and I have no idea why he was walking to the Embankment Underground Station on a wet day in 1948.

I also do not know whether my father was at the station to take the photos, or whether he was just passing and happened to see a famous politician, he nearly always had his camera with him so perhaps this was how the photographs were taken.