In my last post of the year, I revisit an earlier New Year’s Eve celebration in London, but can I firstly wish you all a very Happy New Year for 2018 and thank you for reading my posts and your feedback over the past year – it is so very much appreciated.

New Year’s Eve in London has become a very organised event. Large areas of central London are closed, tickets must be purchased, and sell out very quickly, security will, understandably, be very tight. This is all very different to my first experiences of New Year’s Eve in London. In the late 1970s and 1980s we would occasionally spend the evening out and about, wandering the streets, pubs, clubs of the West End and celebrating midnight with thousands of people in Trafalgar Square.

One year I took my camera with me and recently I found some of the negatives. Many had camera shake a I was trying to take hand held photos at night and using a film camera. I still have to find some of the other negatives of photos taken whilst walking the streets, however here is a set of photos taken in the crowd in Trafalgar Square on New Year’s Eve, 1981. 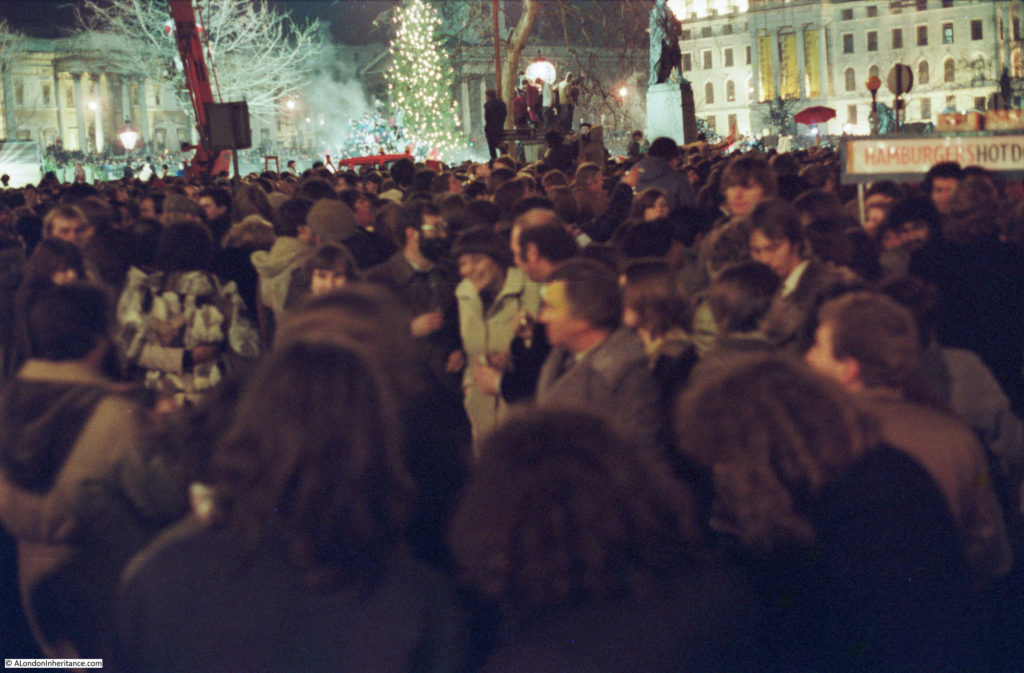 Trafalgar Square was then the centre of New Year’s Eve celebrations until the focus moved to the Embankment with the firework displays along the Thames.

My memory of these nights in London are probably influenced by the passage of time and alcohol on the night (the reason why I only risked taking my camera along on one New Year’s Eve), however I remember the very large crowds that assembled in Trafalgar Square ready for midnight and so many people walking the streets before and after midnight, usually with bottle or cans in hand. 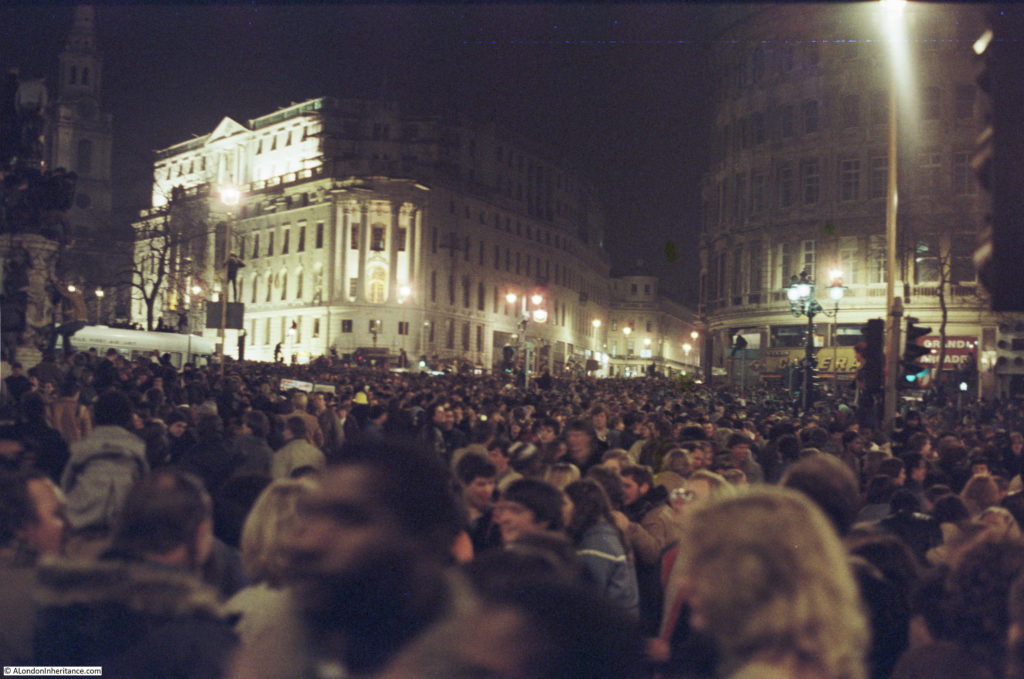 This was only 36 years ago, but it feels like a different world. If you compare these photos with those of the crowds in London tonight there is one very big difference – in 1981 there was not a single mobile phone in sight. Tonight the glow of mobile phone screens taking photos of the fireworks, selfies etc. will be seen across the crowds.

There was also minimal security, I do not remember seeing many police around and those that were visible would not be armed.

I do not remember any road closures (although the roads around Trafalgar Square probably were closed), however there was hardly any traffic. I do remember the freedom to wander the streets into the early hours and the alcohol induced friendliness of everyone on the streets – probably one of the few times Londoners will talk to so many strangers.

There was also a need to be careful – as when any such large crowd assembles there were rowdy elements, those who had been drinking too much and for too long, and crime such as pickpocketing – but at the age I was then it was all a big adventure. 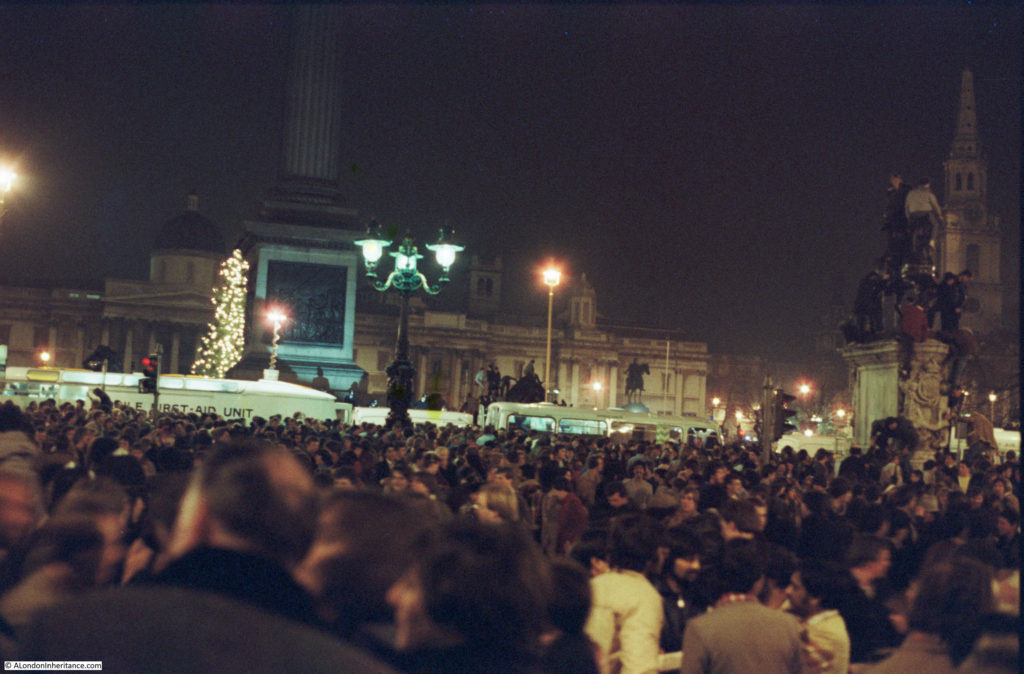 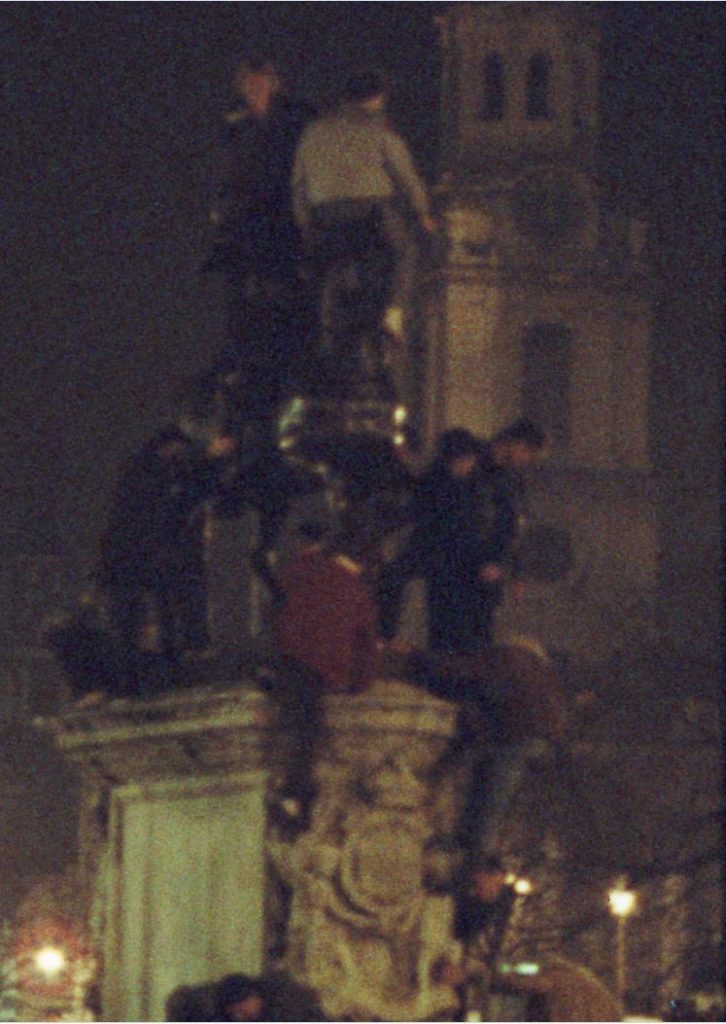 The only organised facilities that I remember were some first aid facilities around the base of Nelson’s Column:

I have no idea how many people there were in Trafalgar Square, however you had to get there well before midnight to get in the centre of the square. Crowds would stretch along all the roads leading into Trafalgar Square. In the following photo the sea of heads can be seen stretching off into the Strand. 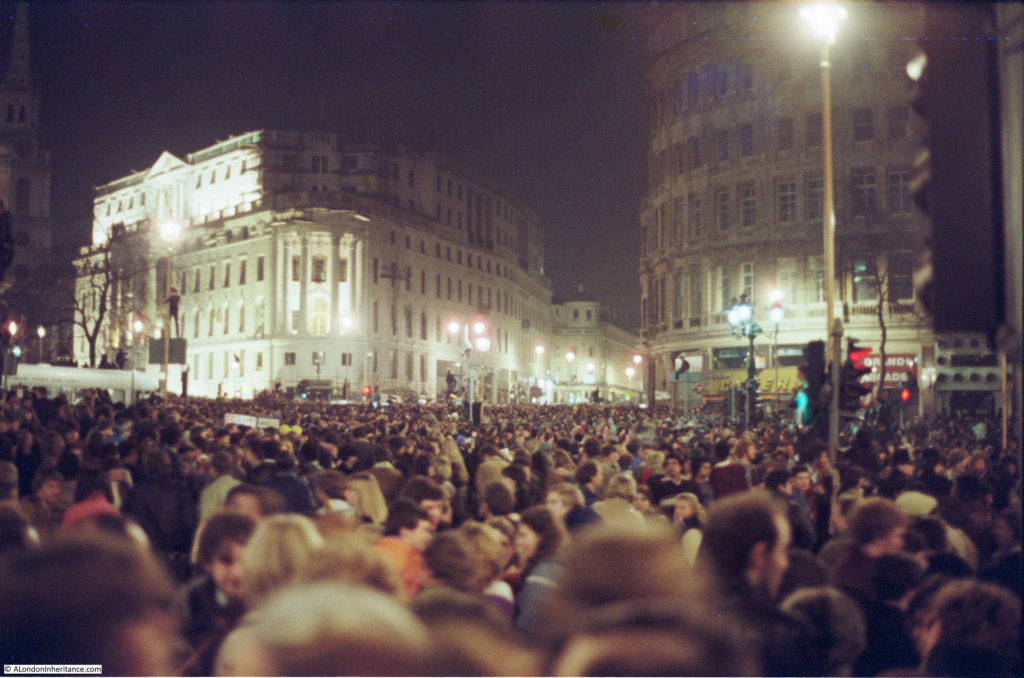 I am not sure what time we got home that night, but after midnight, celebrations continued for many hours in the streets across the West End. 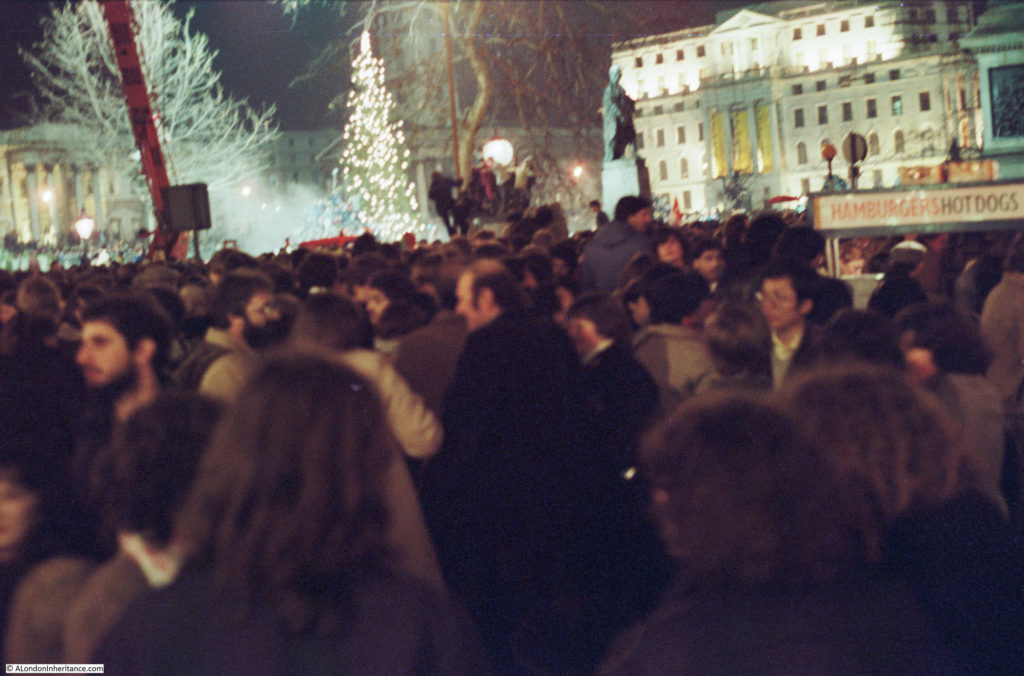 New Year’s Eve in Trafalgar Square could not compete with the massive firework display along the river tonight, however I suspect that the New Year’s Eve fireworks are aimed just as much for TV viewers around the world as they are for those standing along the Embankment, as London competes with other global cities.

With the now ubiquitous mobile phone, they will also probably be one of the most photographed large events in London.