Forty one years ago (where did the time go) in 1979, I went to photograph the Battersea Easter Parade. I was using my new Canon AE-1 camera, recently bought on Hire Purchase which was the only way I could afford the camera, being on an apprentice wage.

The weather was somewhat like this weekend, warm and sunny. We got to Battersea Park a bit late as we had been out the night before, and walked around where the parade was assembling, but by the time we got to the route of the parade, I could only find a place to the back of the crowds lining the route.

For this Sunday’s post, whilst we are on lock down, and the thought of standing in large crowds of people now seems surreal, let’s take a trip back to the London of 1979, and the Battersea Easter Parade. 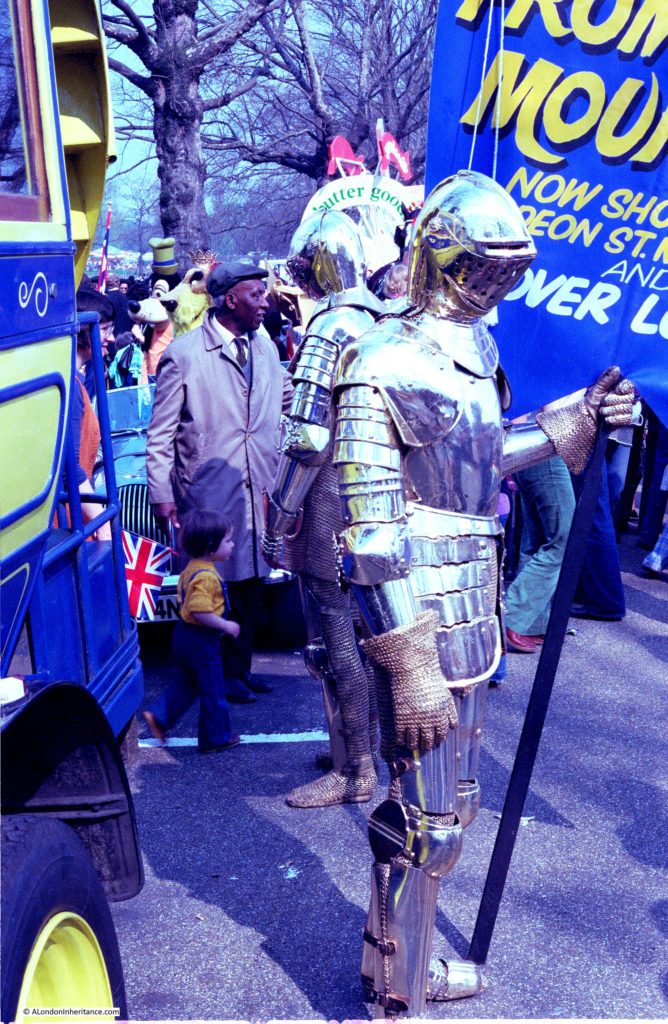 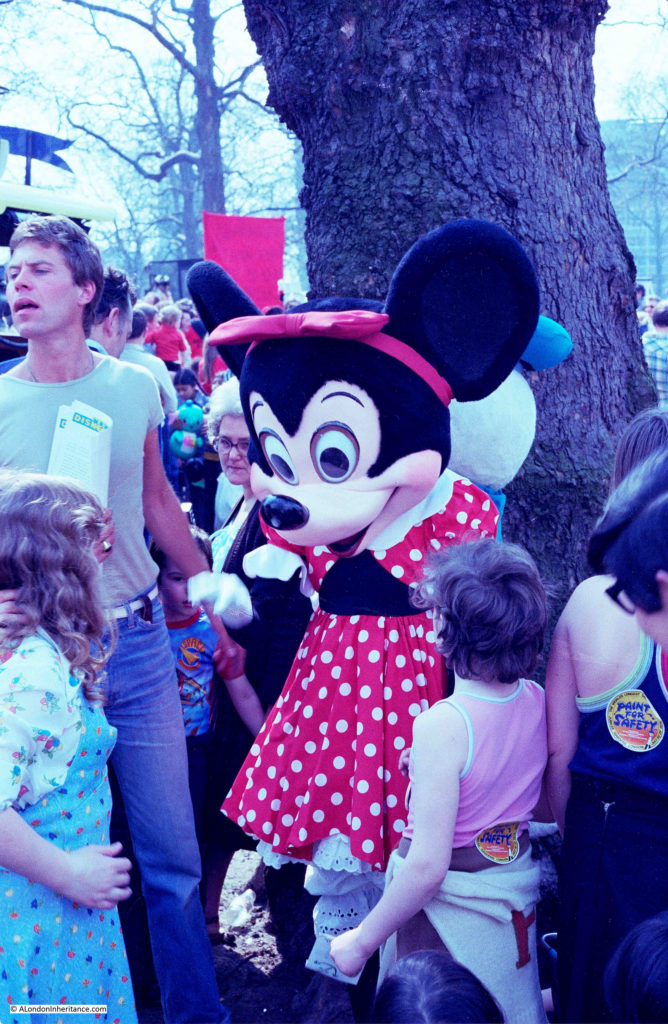 I have tried to adjust the colour of the photos, but they do have a heavy blue tinge. I had not scanned the negatives until earlier this year, so it may be down to a degree of deterioration. 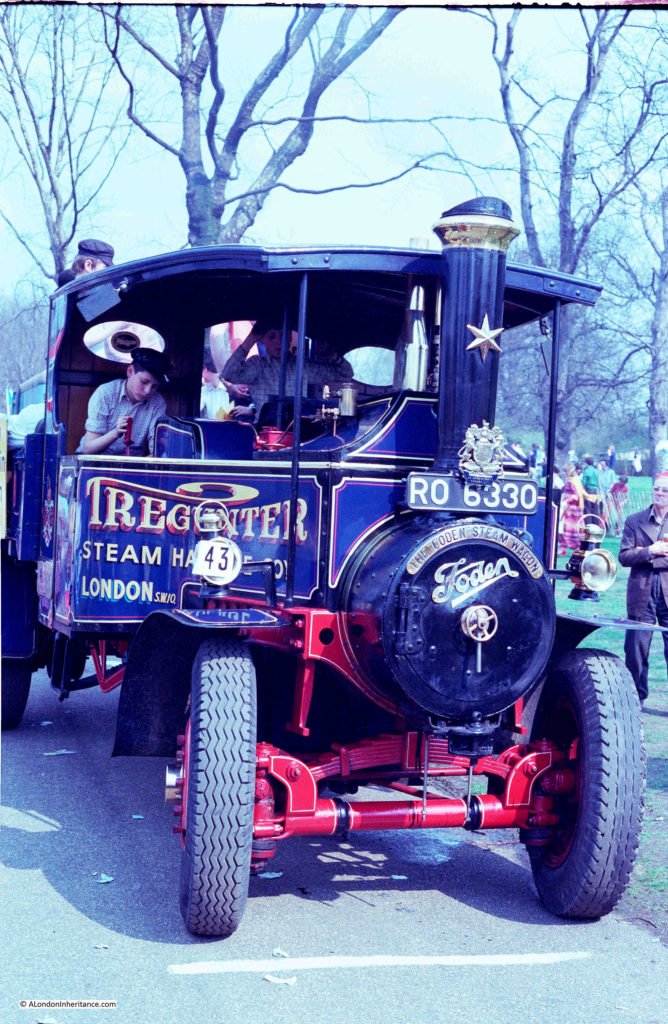 1979 marked the 150th anniversary of the first horse-drawn bus in London, and there were a number of buses on the parade, starting with horse-drawn, through to the latest bus on London’s streets. A couple can be seen in the background of the following photo. 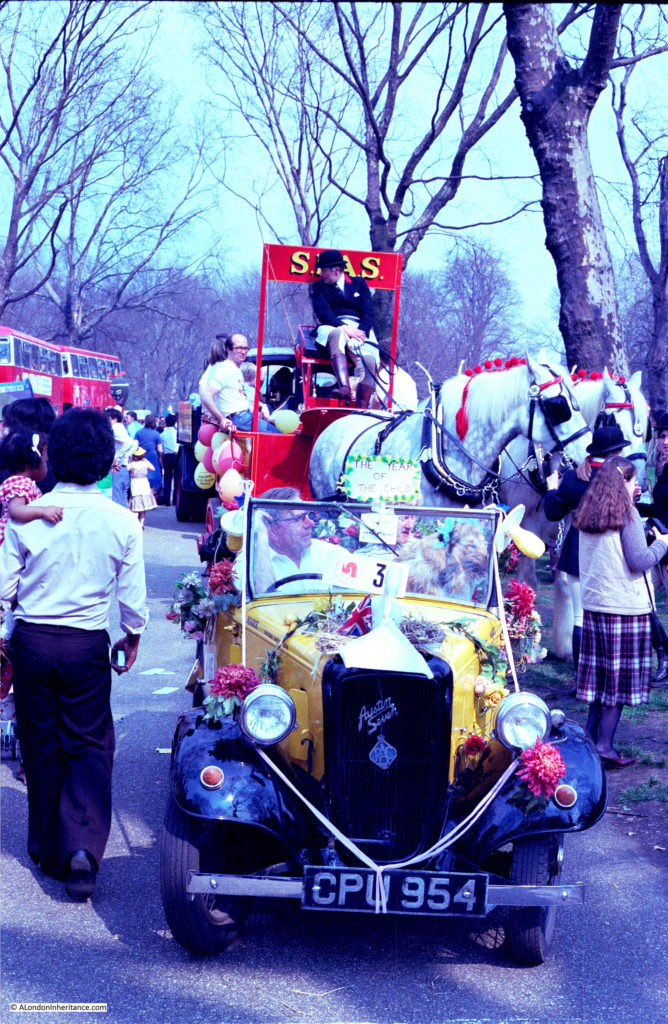 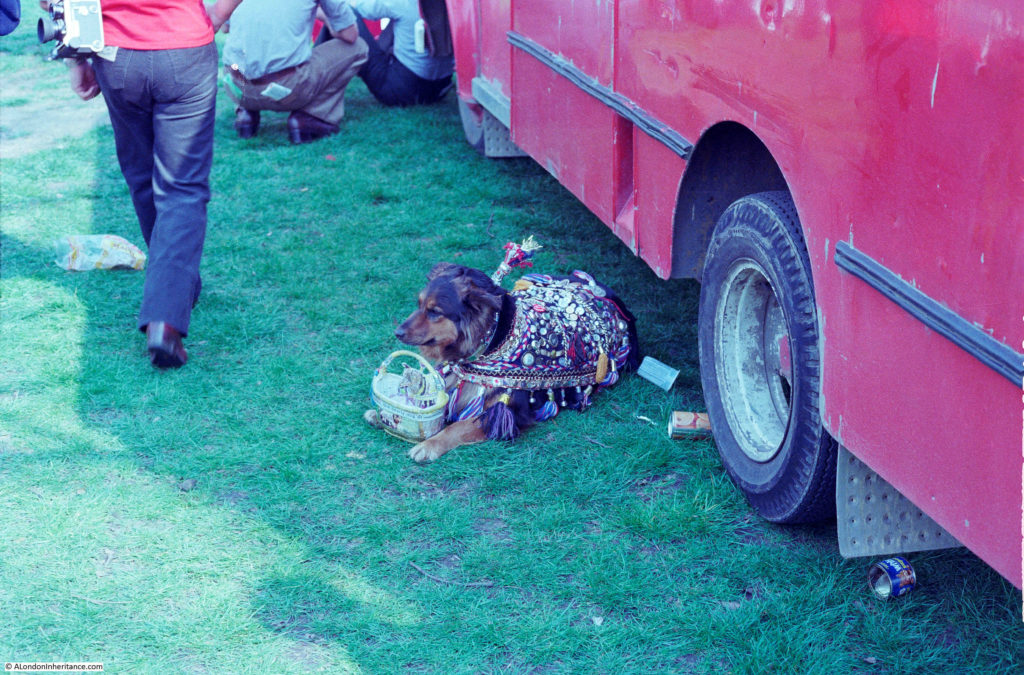 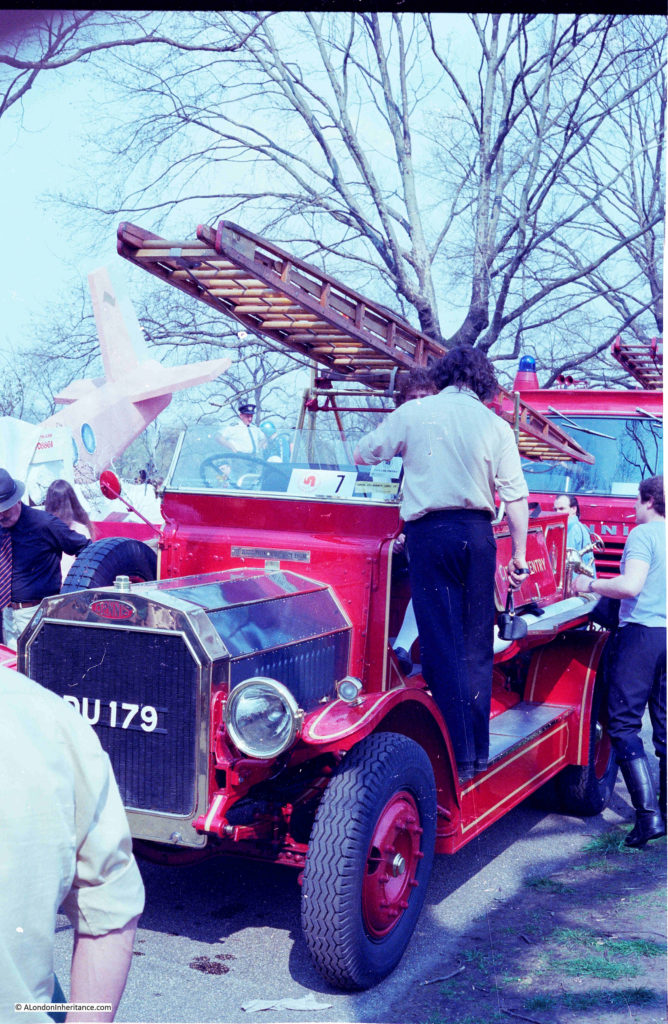 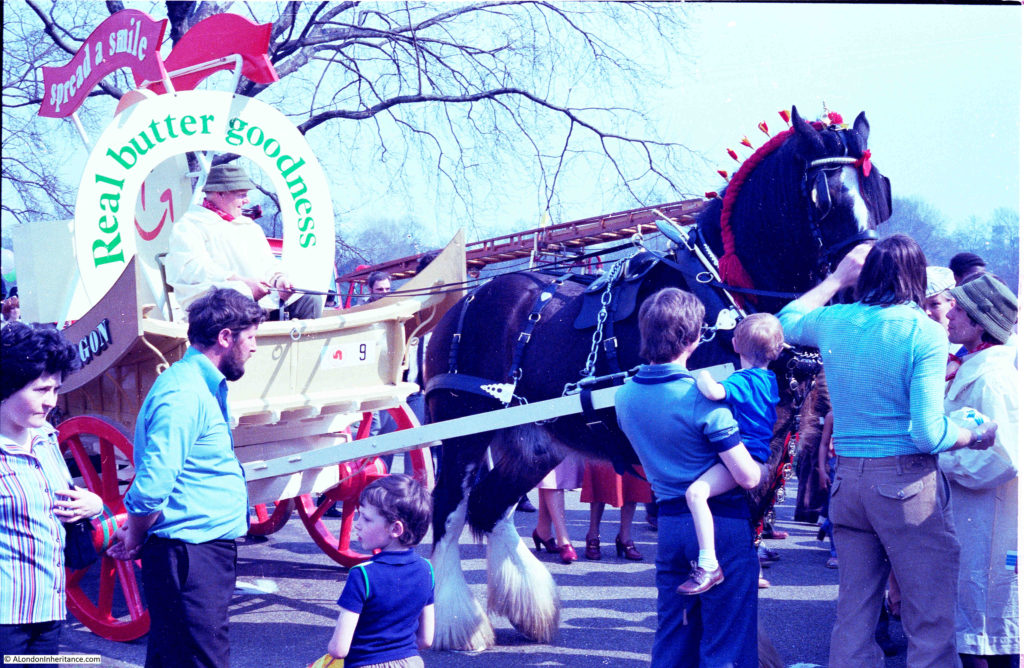 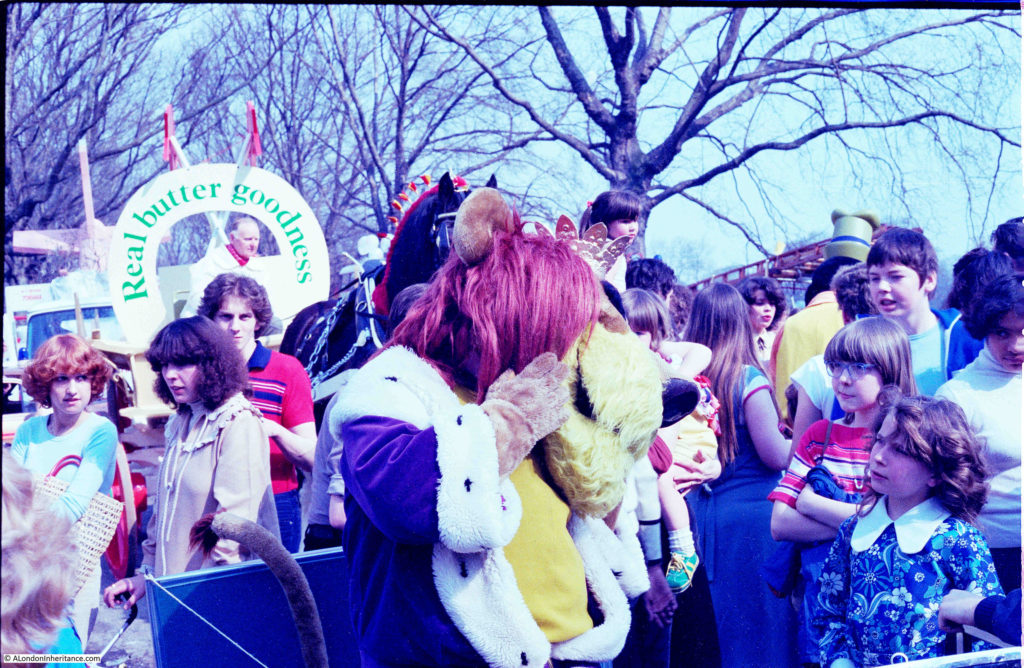 Young & Co, when they still had a brewery in Wandsworth: 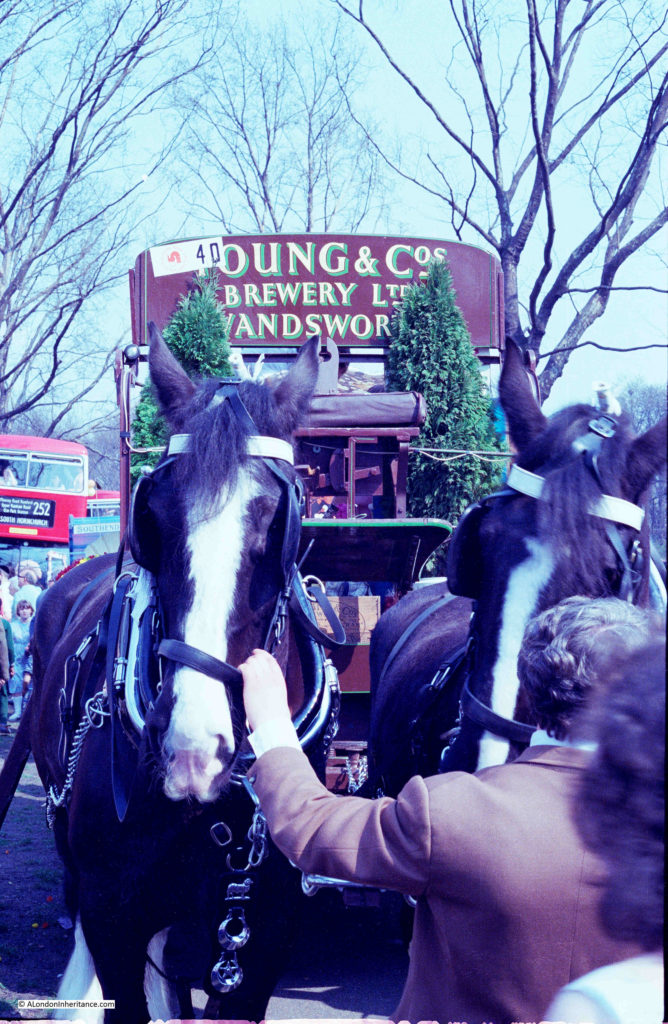 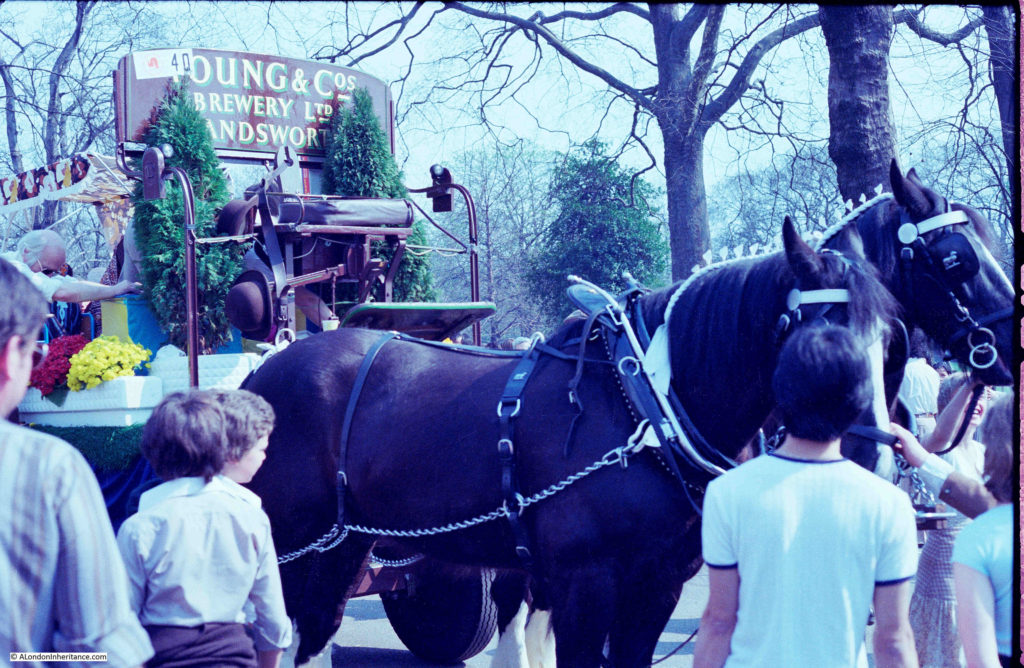 When the parade started, we could only find places towards the back of the crowd, so some poor photos of the parade in progress. 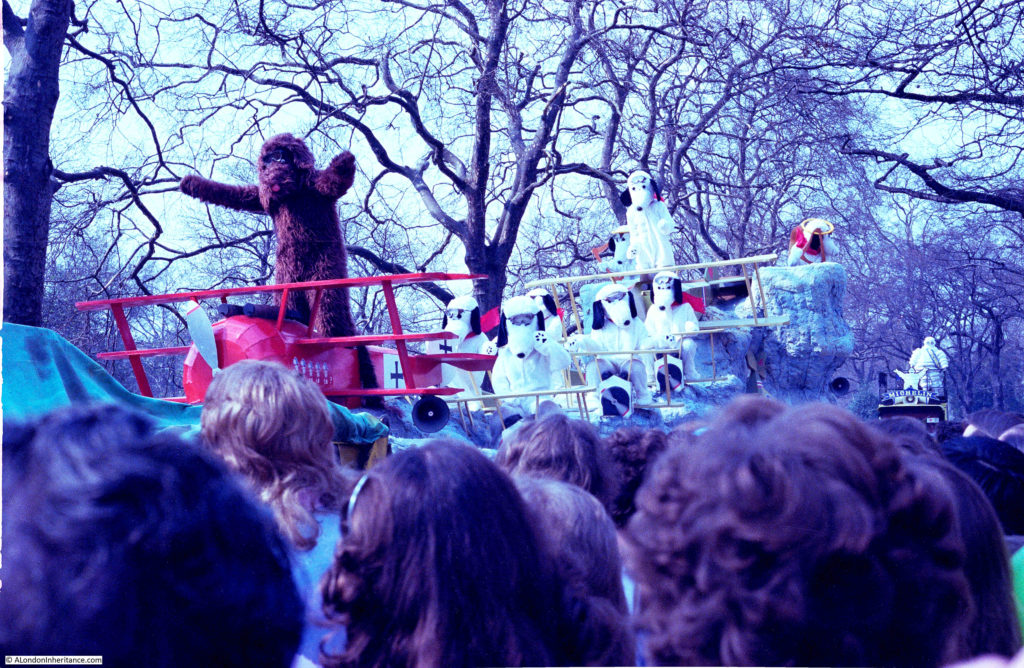 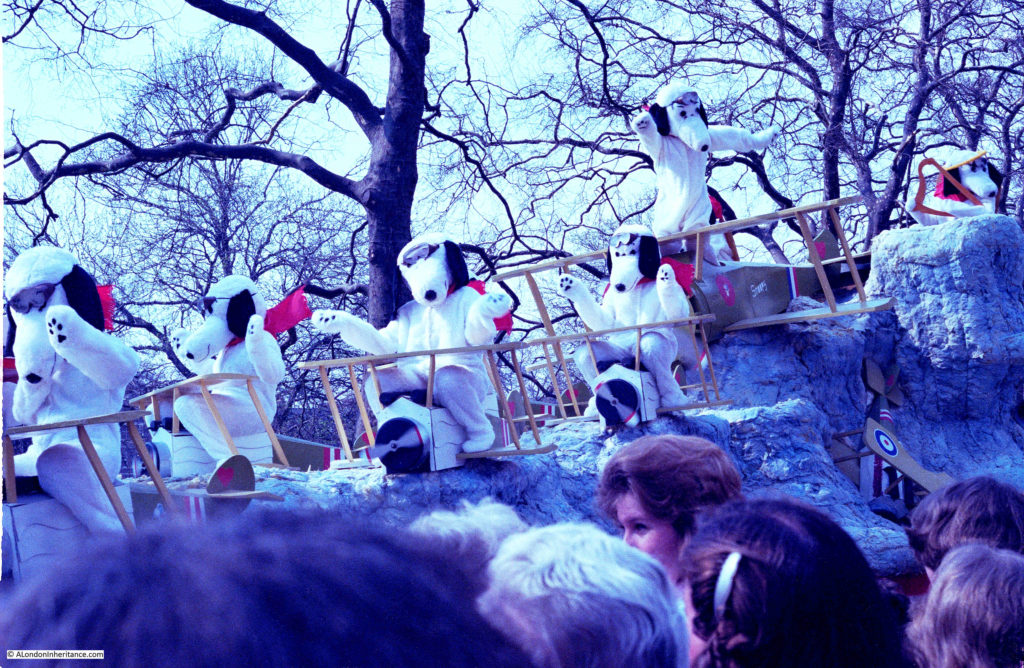 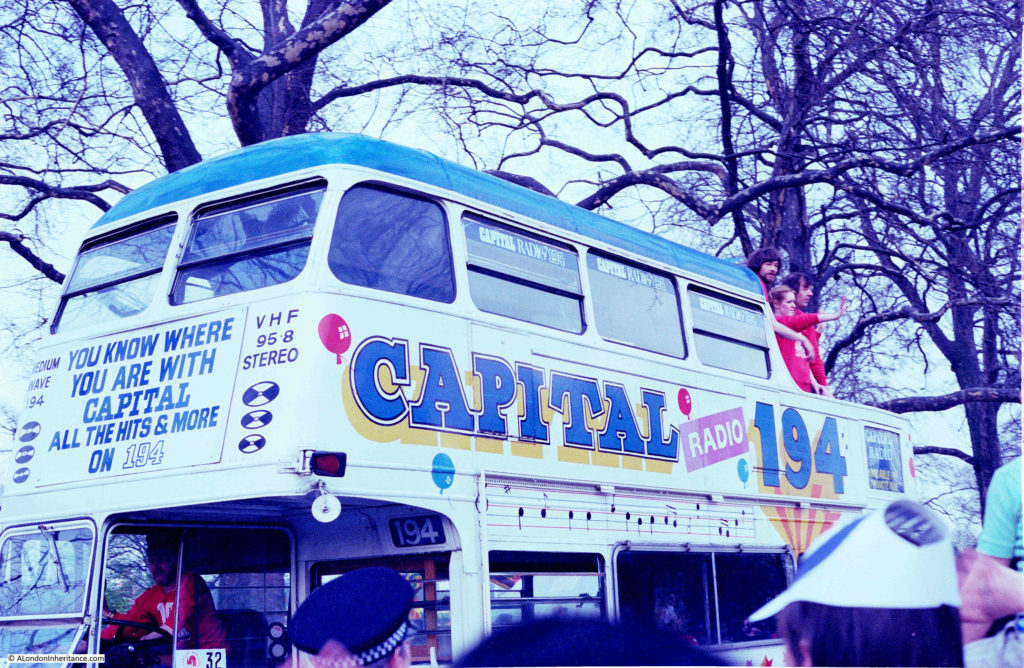 This was when Capital Radio was a local London station, with creative broadcasters such as Kenny Everett rather than the national station it is today.

The 194 reference is to the Medium Wave frequency, which at the time served the majority of listeners with VHF FM gradually growing in use.

The 194 signal was broadcast from Saffron Green, next to the A1 and just south of the South Mimms junction with the M25. Capital’s original Medium Wave transmitter used a wire strung between the chimneys of Lotts Road power station in Chelsea.

What would Capital Radio have been playing that week? I checked the music charts for the Easter week, and this was the top 30: 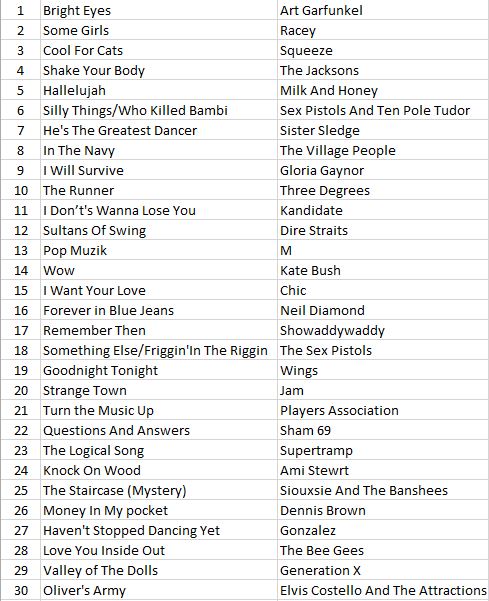 Squeeze, Sex Pistols, Dire Straits, Kate Bush, Jam, Sham 69, Siouxsie, Generation X and Elvis Costello – those were the days when brilliant, creative music occupied the charts (or perhaps it is just that I am getting old).

A rather more traditional form of music: 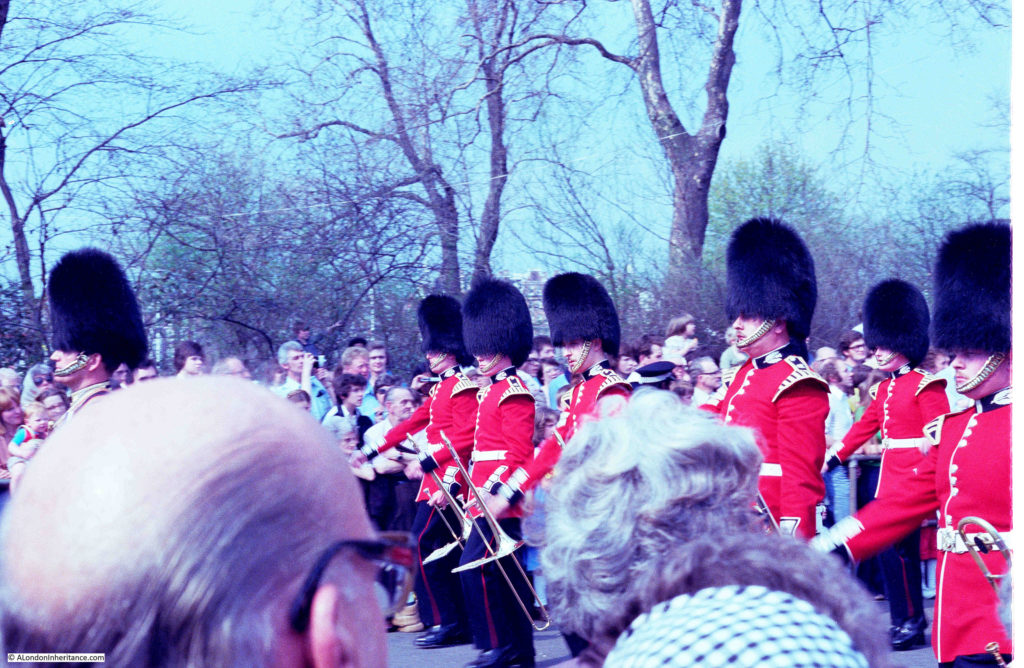 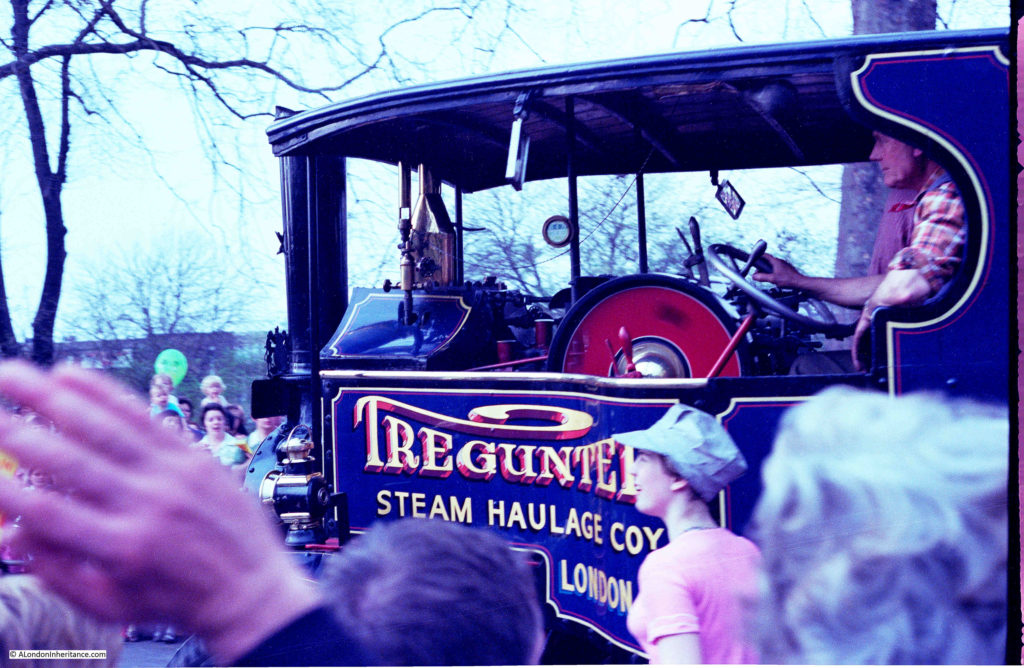 I suspect the theme of the following float was 101 Dalmatians: 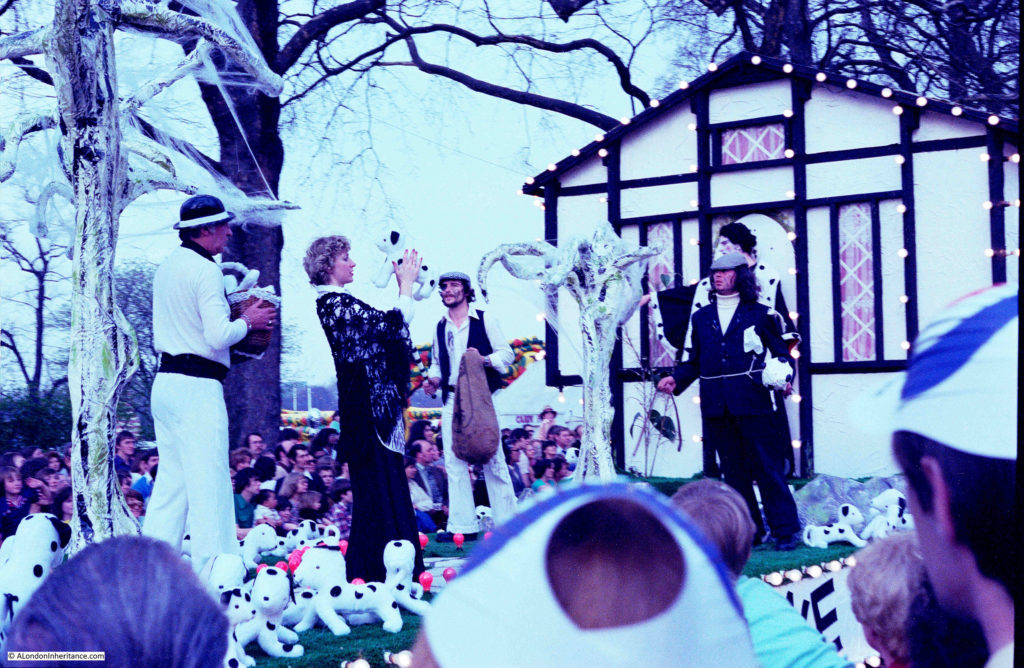 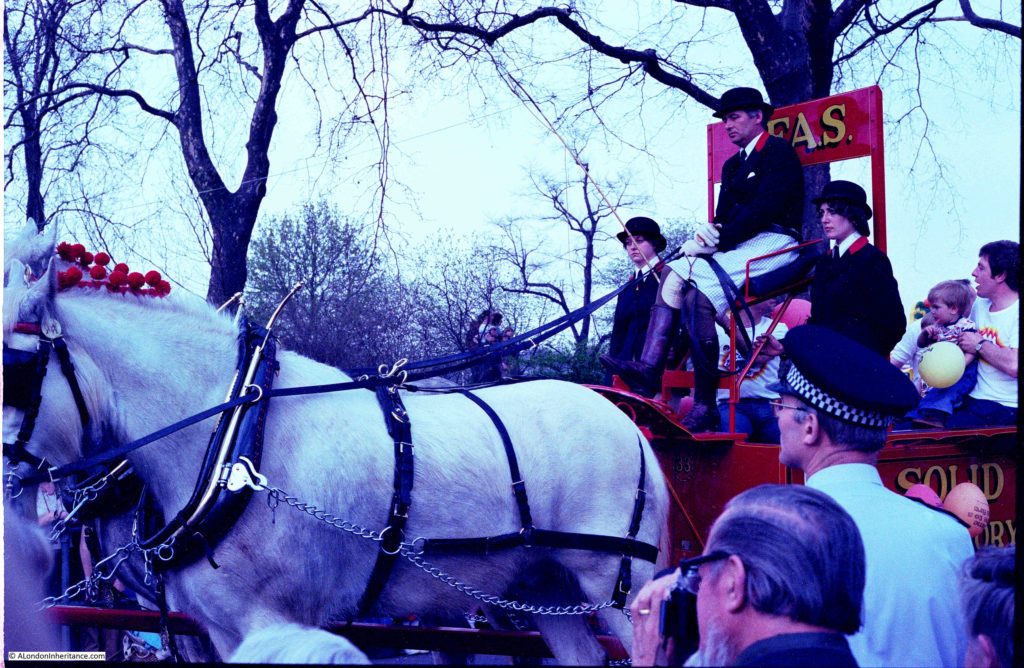 Post Office Telecommunications – my employer at the time. “London Telephones link the world” 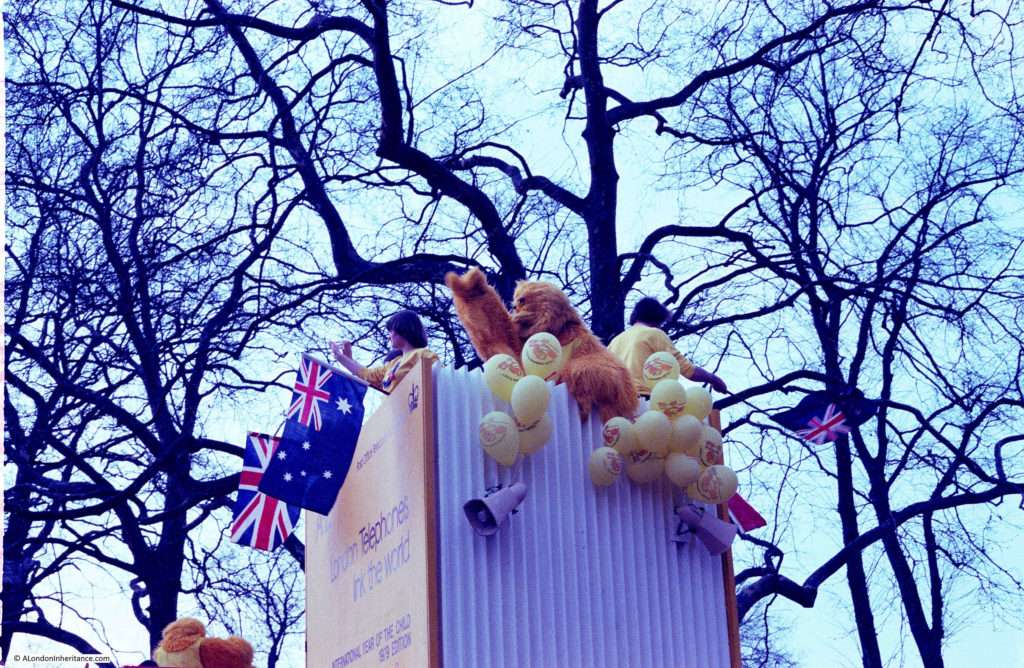 There were a number of Carnival Clubs who participated in the Battersea Easter Parade. The following float was by the Wick Carnival Club from Glastonbury – probably not a theme you would expect to see today. 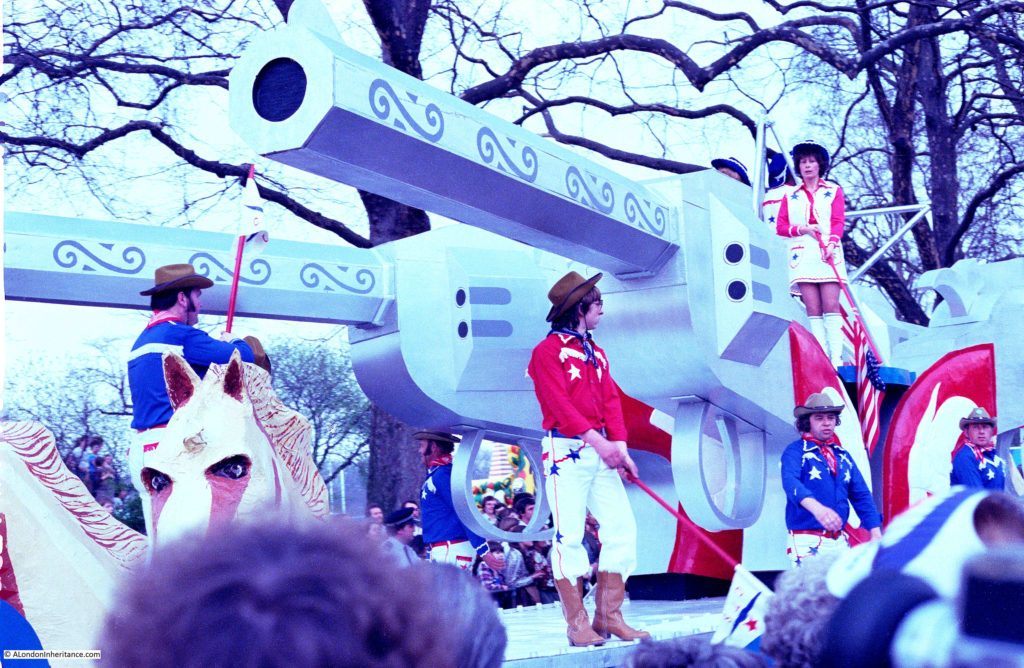 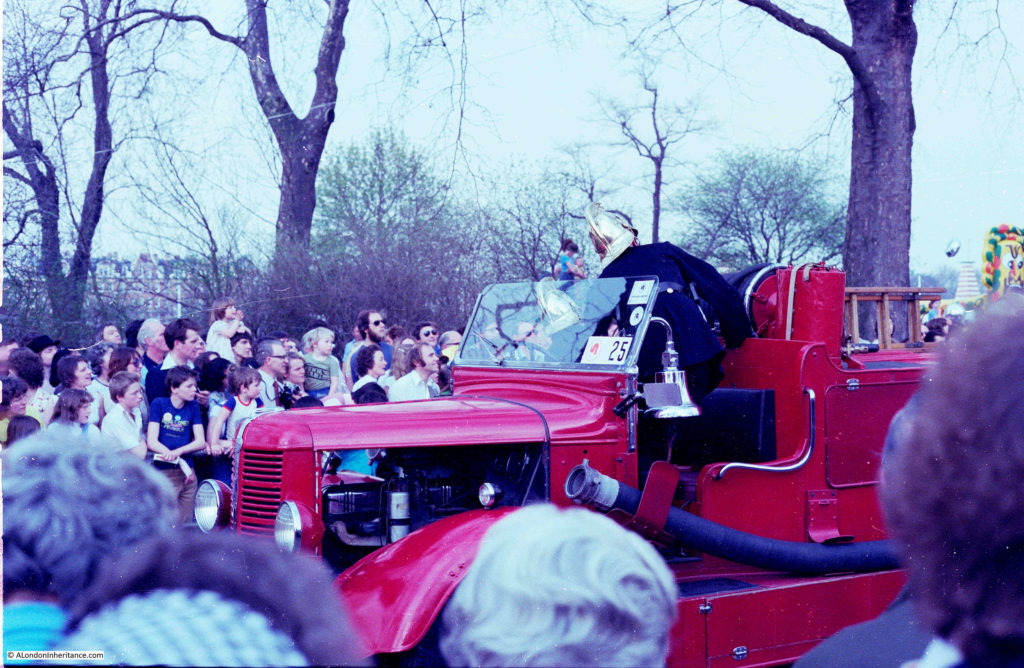 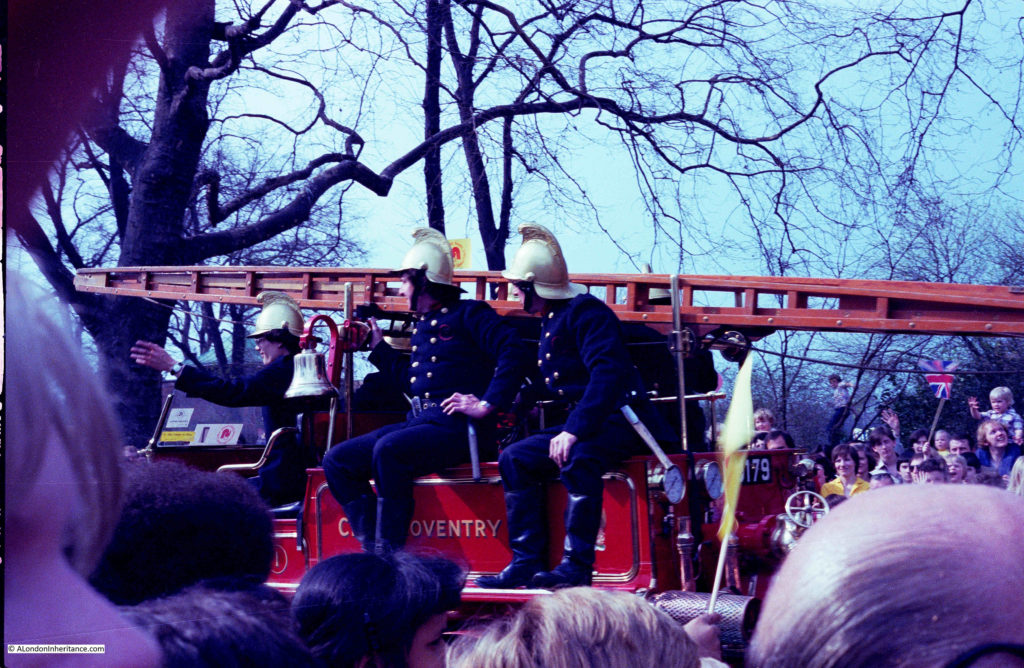 Well it is in London: 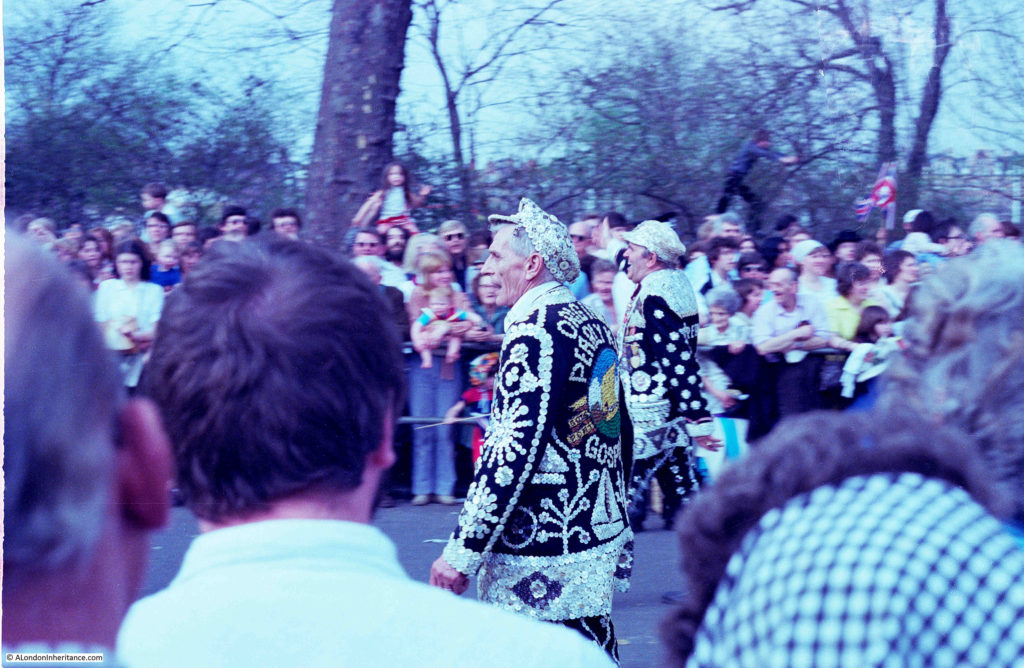 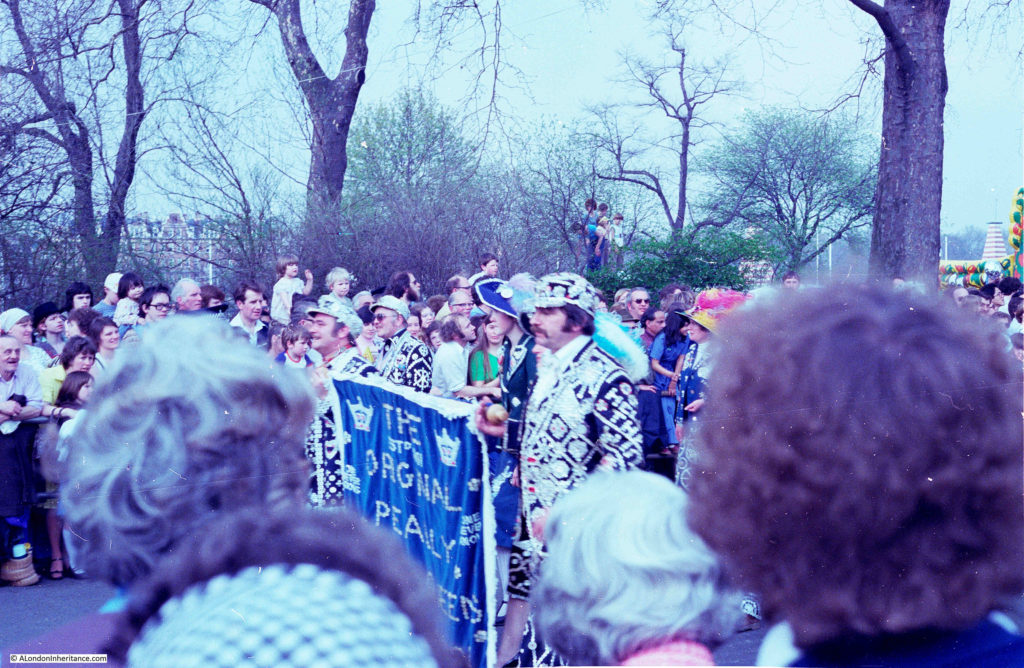 Continuing the theme of the old Van and Cart Horse Parade: 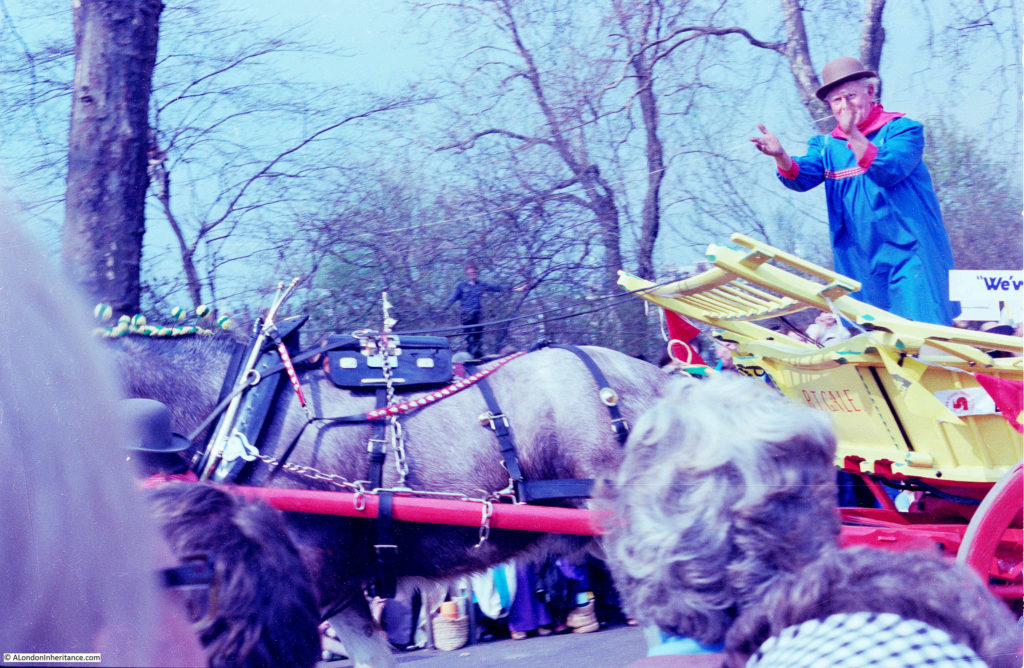 There was one photo left on the film, I took this as we walked away from Battersea Park, on the north bank of the Thames looking towards Chelsea Bridge and Battersea Power Station. A view that has changed considerably today with the development of the old power station, and east along the river. 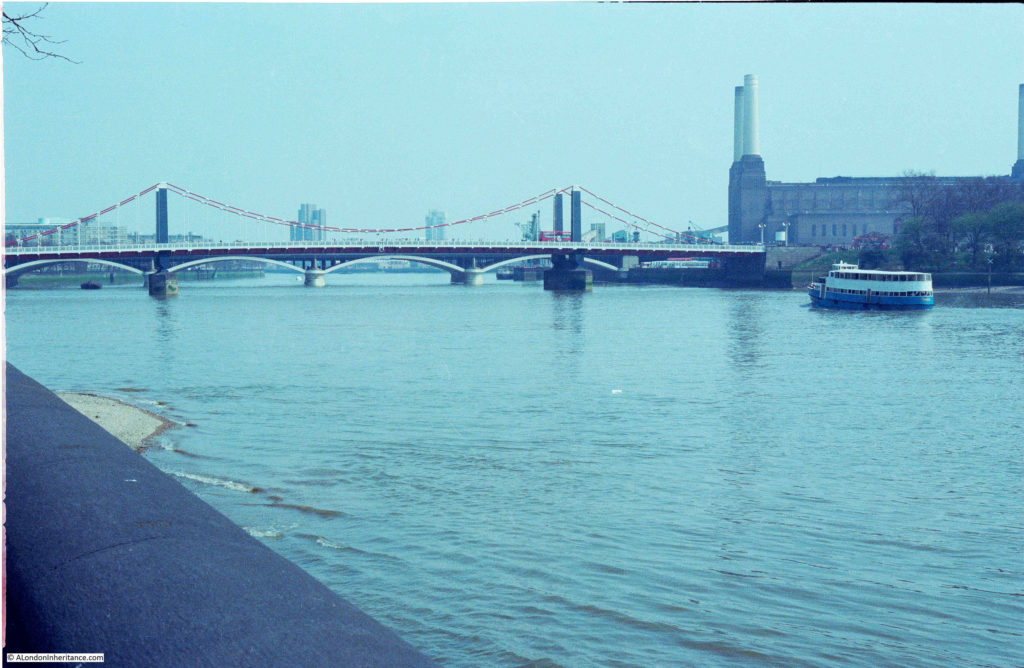 Forty one years is not that long ago, but in many ways it feels like a different time.

As well as differences in fashion and haircuts, whenever I look back at my earlier photos the big difference is not a single mobile phone.

Associated Press have a newsreel style film of the event which can be accessed here.

The weather will be much the same this weekend as it was in 1979, but Battersea Park will be very different.