One of the many things I love about London is that there are still customs being performed, away from the crowded “tourist” areas of the city which have been on-going for many years.

One of these is the Distribution of the Butterworth Charity which takes place every Good Friday in the churchyard of the Priory Church of St. Bartholomew the Great in West Smithfield. Within my father’s photo collection there are photos he took of this about 65 years ago, so to experience the same event, I took the short walk from St. Paul’s underground station to St. Bartholomew’s ready for the 11:30 start, where I joined a crowd of about 80 people arranged around the edge of the churchyard, on a mild, sunny April morning.

Rather than my explanation of the background to the Butterworth Charity, I will reproduce the following from the back of the Order of Service sheet: 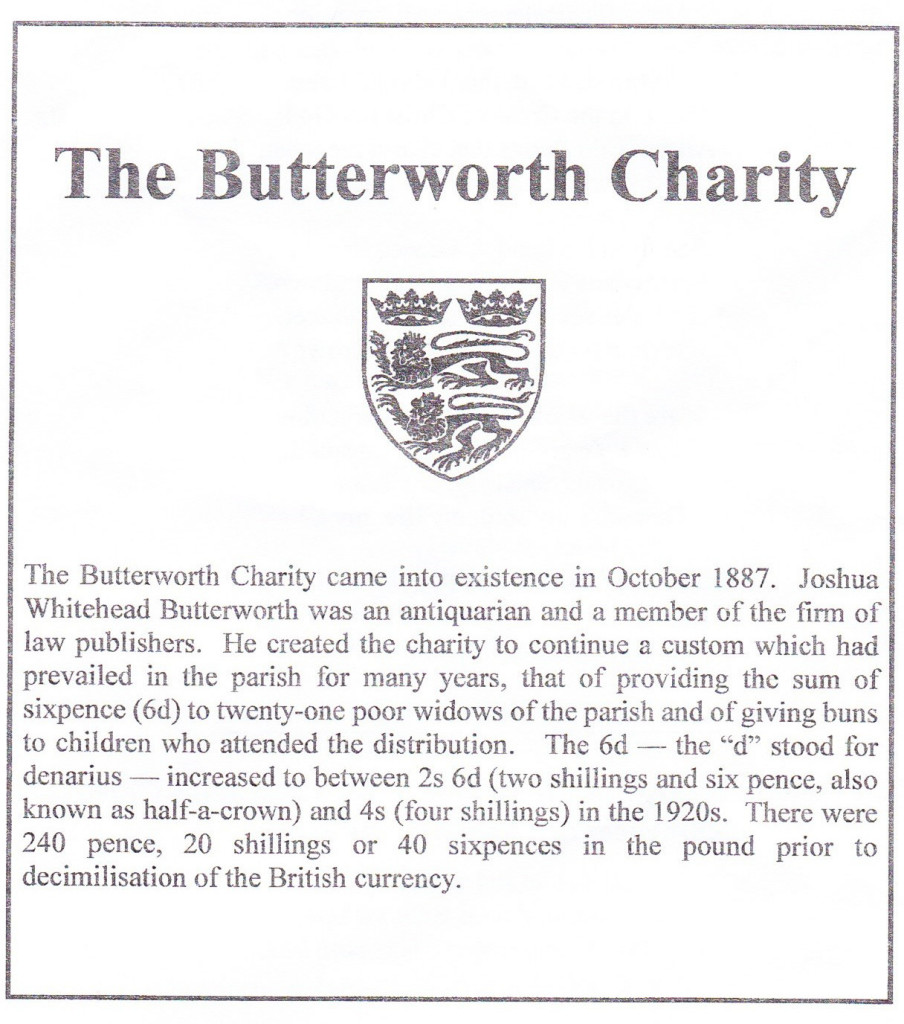 The ceremony takes the form of a church service in the graveyard with the distribution of the charity part way through. The form now is a token distribution of money to a poor widow of the parish (there was only one “volunteer” for this) followed by distribution of buns to all who attended.

The following is my father’s photo of the distribution from about 65 years ago: 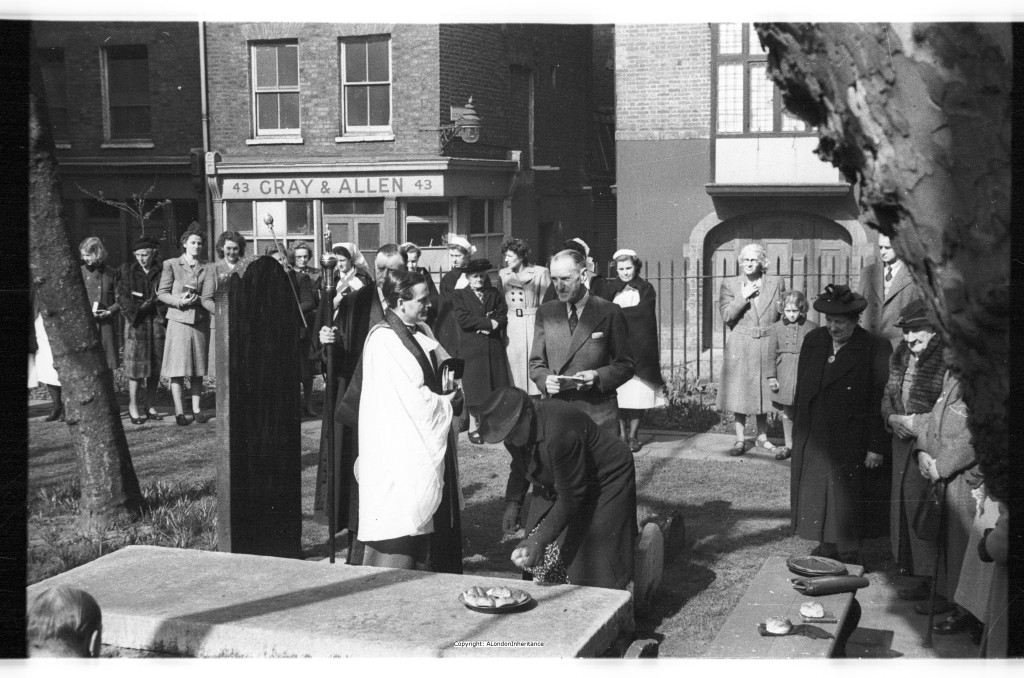 The ceremony is held on the same flat gravestone every year. What I also find interesting in these photos are the people in the background. Note in the above the nurses in uniform, who had probably come from the adjacent St. Bartholomew’s Hospital. The widows of the parish are waiting to the right of the photo. The following is my photo from the 2014 distribution. I have converted this to black & white to give an up to date photo which compares more easily with my father’s original. Often I find that comparing a colour photo with black & white can over emphasise the differences. 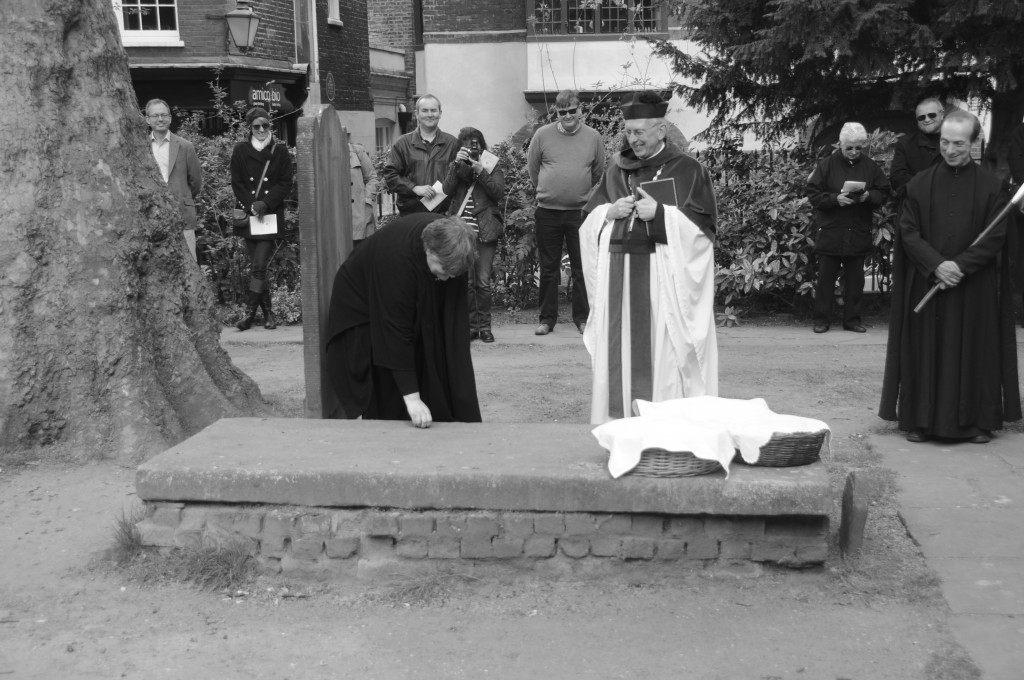 The buildings along Cloth Fair at the back of the churchyard are the same. The tree to the left has grown considerably, fashion has changed and these days there are not so many “poor widows” in the parish to collect the distribution of the charity, however the scene has not changed that much in 65 years, and I suspect is much the same going back to the start of the Butterworth Charity over 100 years ago.

The following photos are from 2014:

The buns emerge from the church: 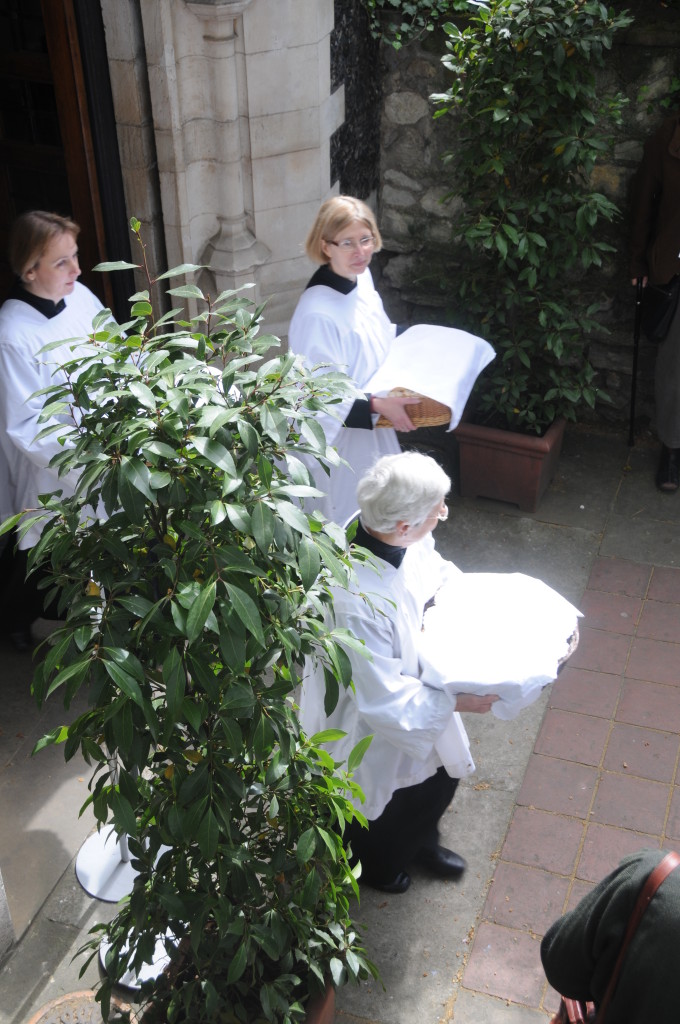 The procession along the edge of the churchyard: 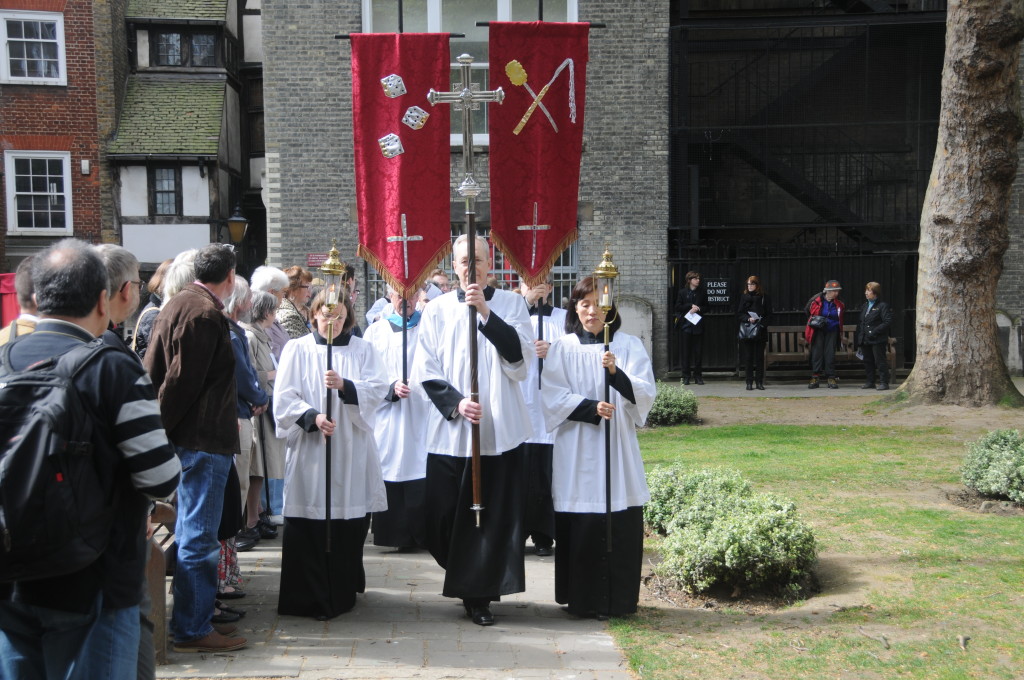 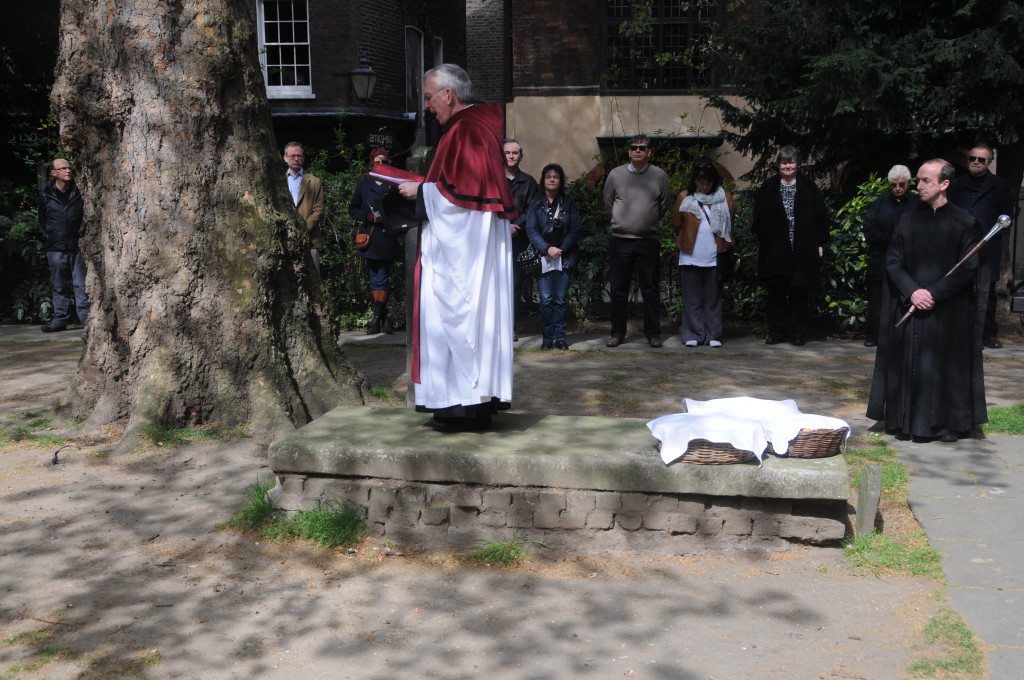 The buns are distributed: 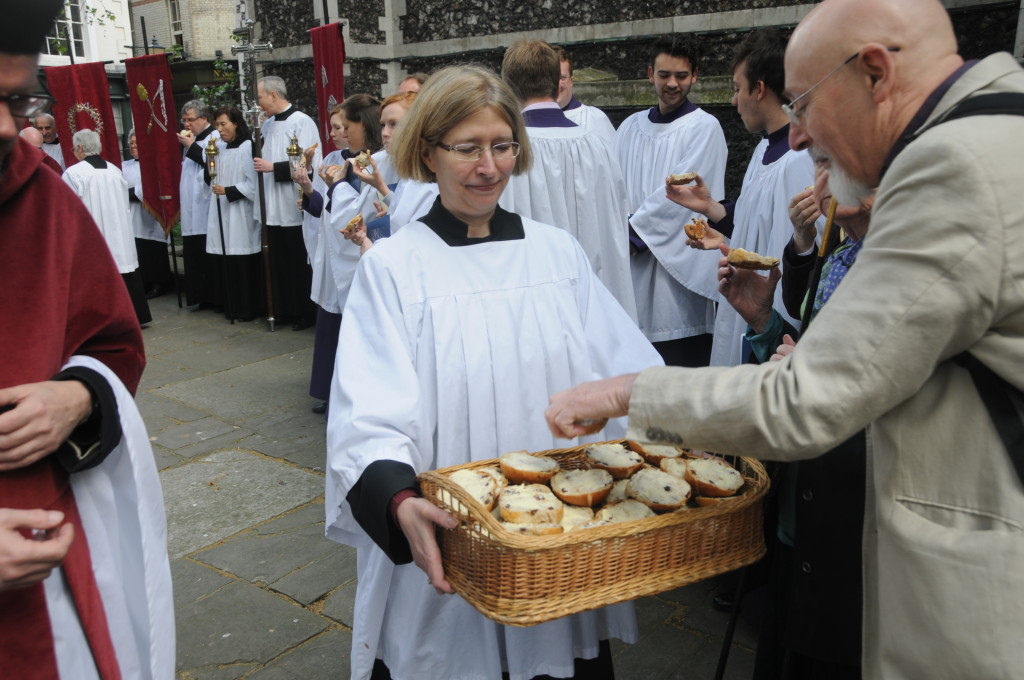 The following are the rest of the original photos taken by my father: 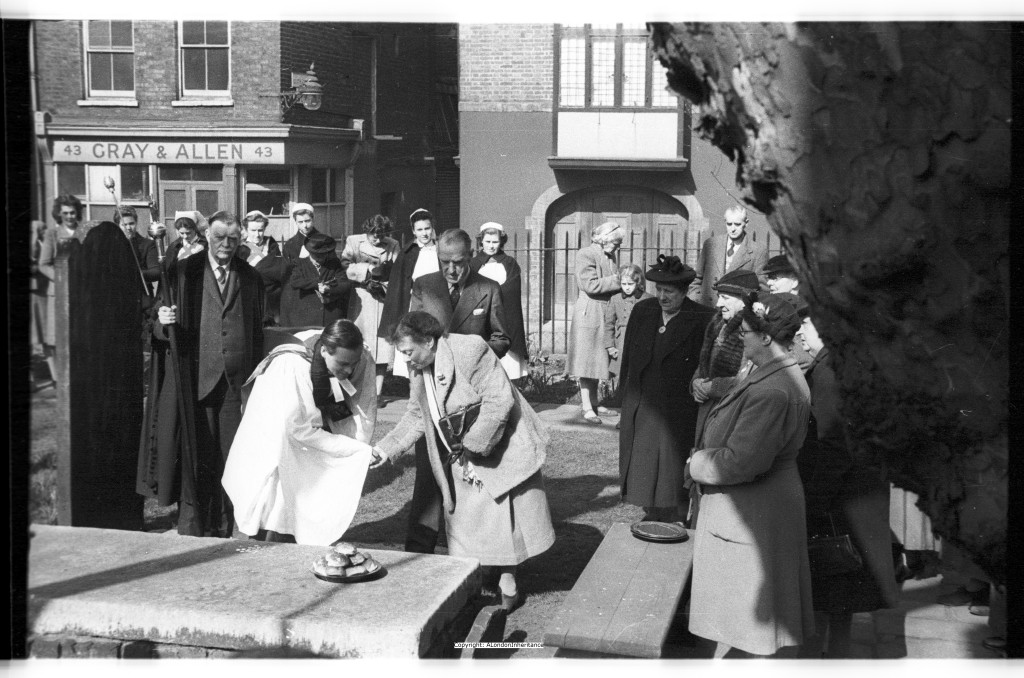 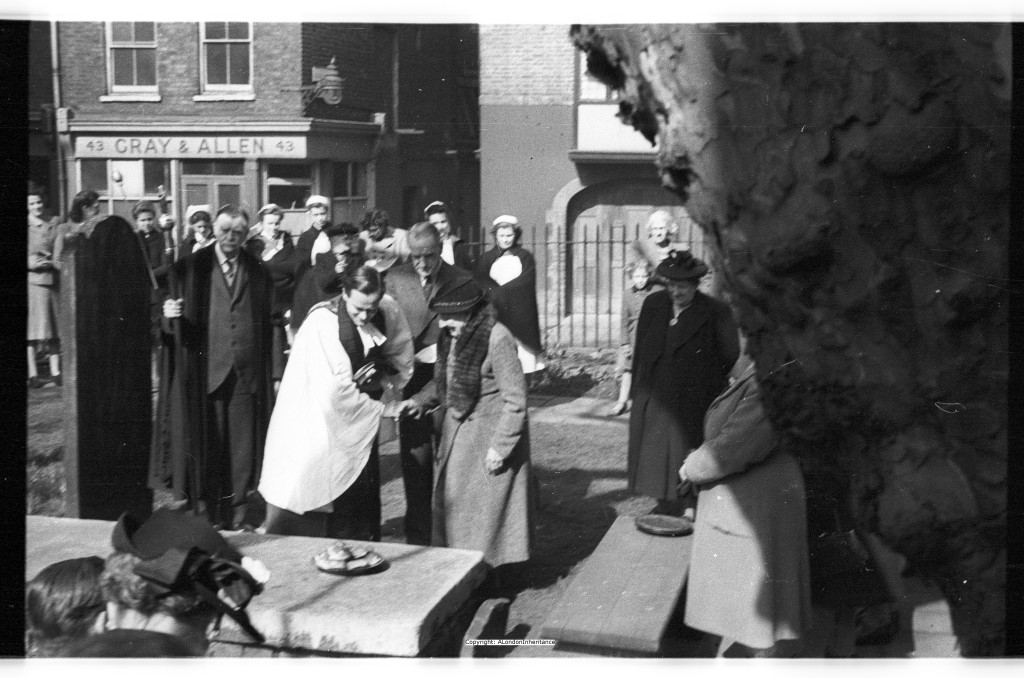 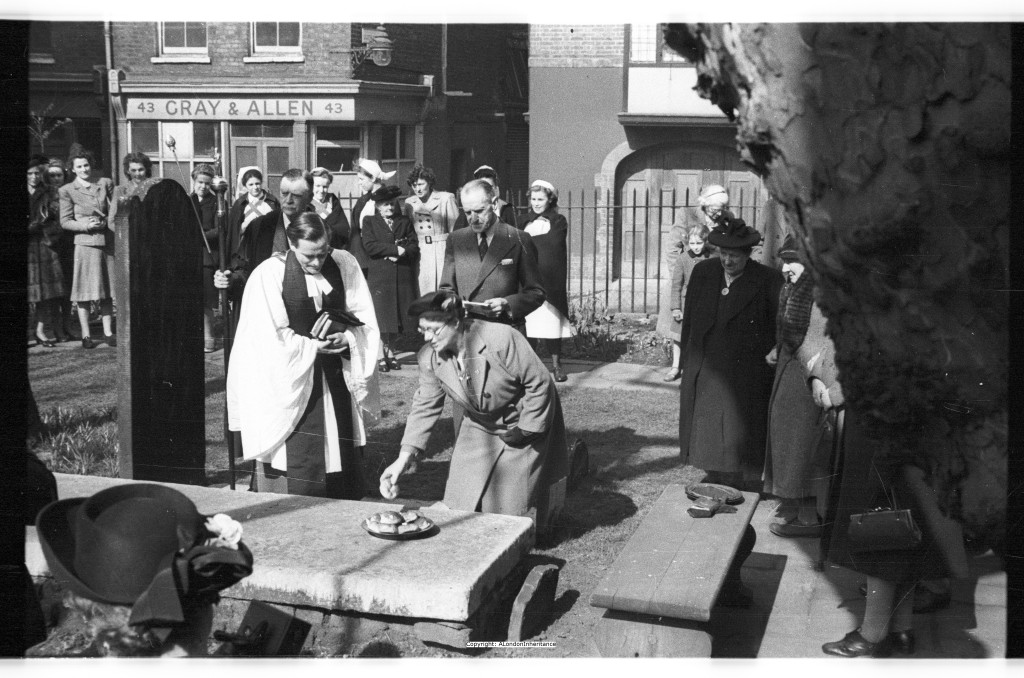 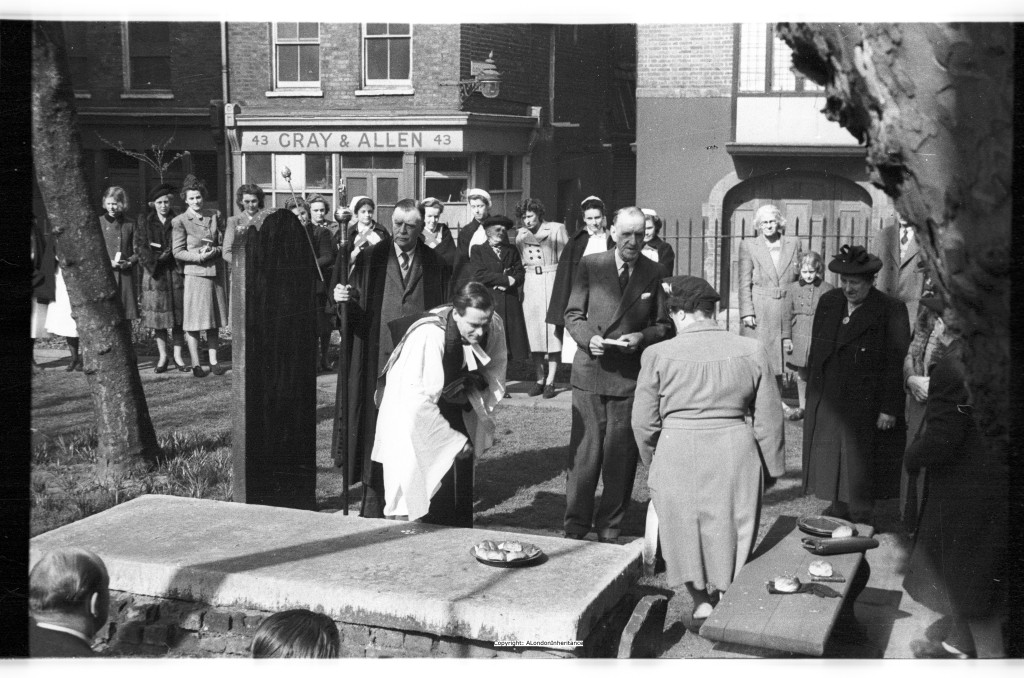 It was a perfect start to an Easter weekend.

4 thoughts on “The Butterworth Charity at St. Bartholomew the Great”