This time of year (if you ignore the recent thunderstorms over London and the vagaries of the British weather) is the ideal time for a Garden Party and what could be better than sharing that Garden Party with your favourite British and visiting American Film Stars.

And this is what took place each year between 1947 and 1952 when Morden Hall Park on the edge of South London would host the Sunday Pictorial Film Garden Party in either June or July when up to 25,000 people would regularly attend these events (the Sunday Pictorial became the Sunday Mirror in 1963)

This was an event where you could meet your favourite Film Star and build an autograph collection or get a photo, as well as raising money for the NSPCC and the Church of England’s Children Society.

These are a series of photos taken by my father at the Garden Party at the point where the Stars would enter the garden on a Jeep, and be driven round from stall to stall where you could queue to meet the Star and collect an autograph or a photo.

Despite trying to identify the Film Stars in each of the photos, I have not had any luck. Some possibles but I do not want to name them until I can be sure. Any feedback with names would be appreciated.

The following photo shows one of the Jeeps emerging from the Stars entrance to the Garden Party  and shows the glamour and excitement created for the waiting crowds as each Jeep would emerge with a new set of Film Stars.

The Stars packed into a Jeep including standing on the edge and balancing on the bonnet. A very nervous man with a camera perched somewhat precariously on the very front, the eager crowd looking to see who would be entering and who they could recognise. 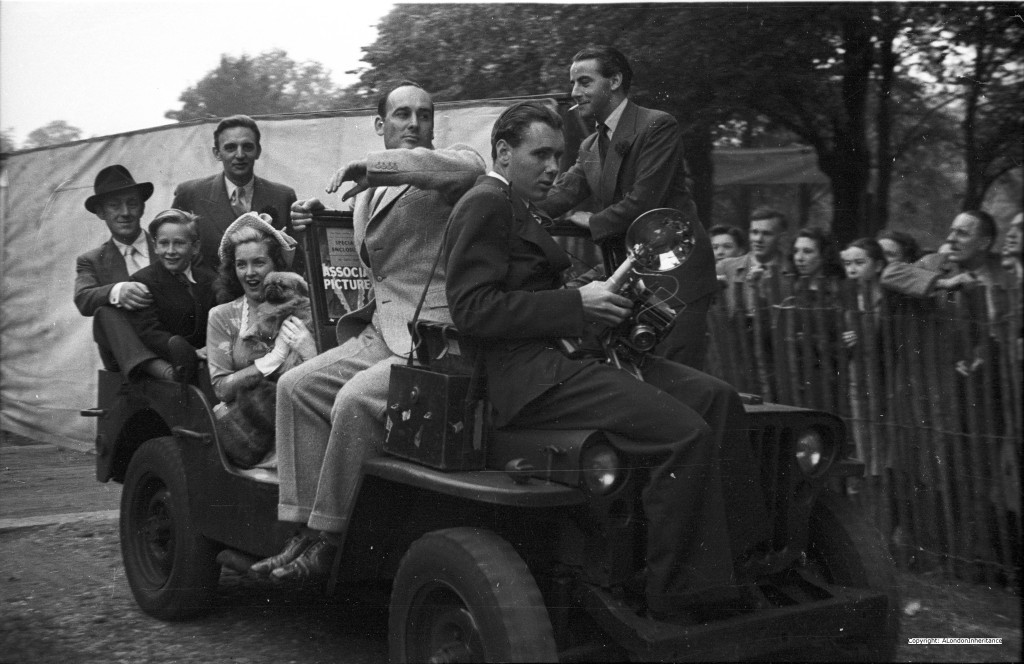 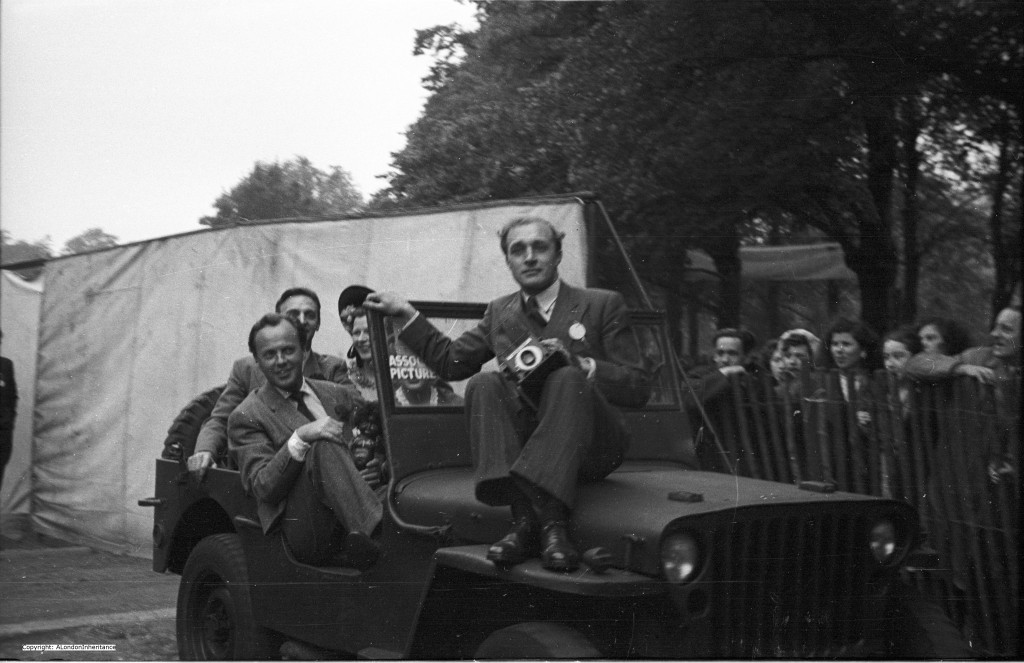 Although in the following photo the Jeep has just passed, look at the faces of the people on the right of the photo. The excitement of recognising someone who up to now you have only seen on the big screen (this was in the days before the Television was a common part of the home  and the cinema was still the main source of entertainment). 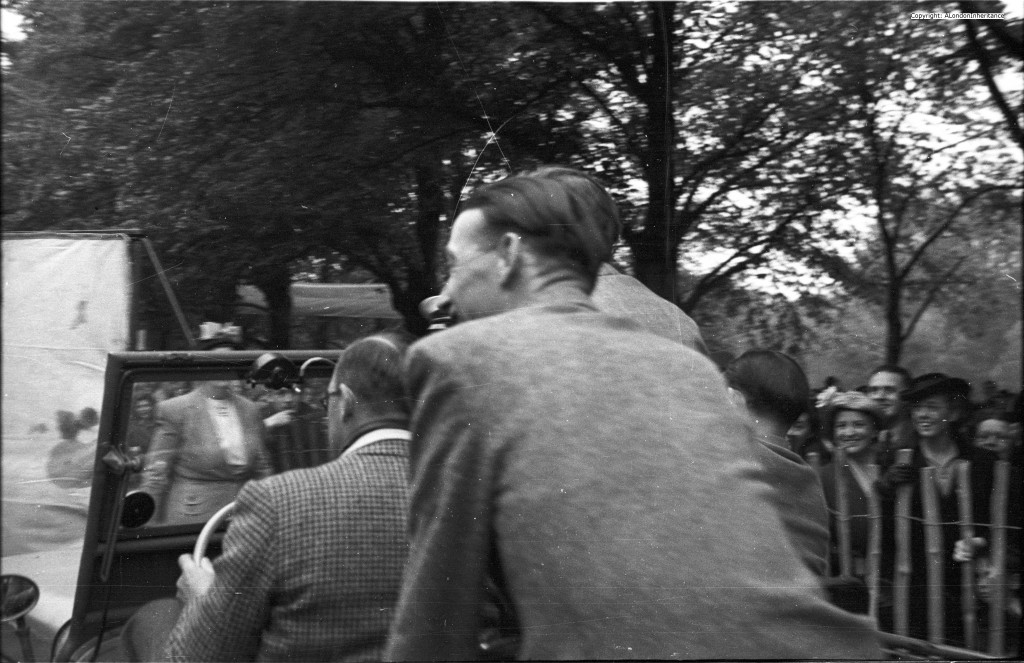 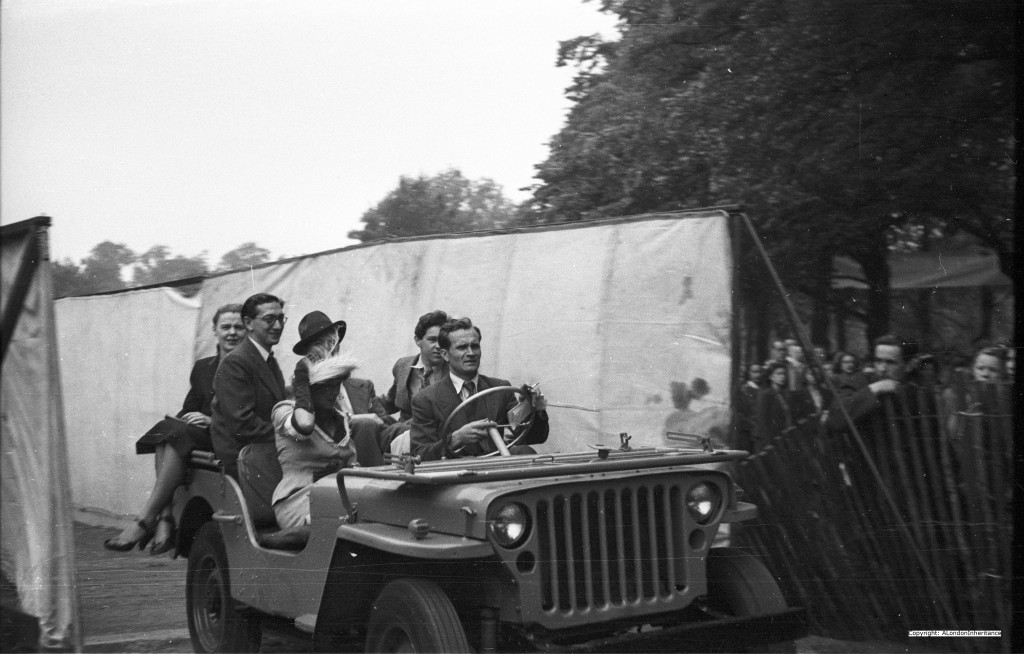 Crowds pressing up against the temporary fencing: 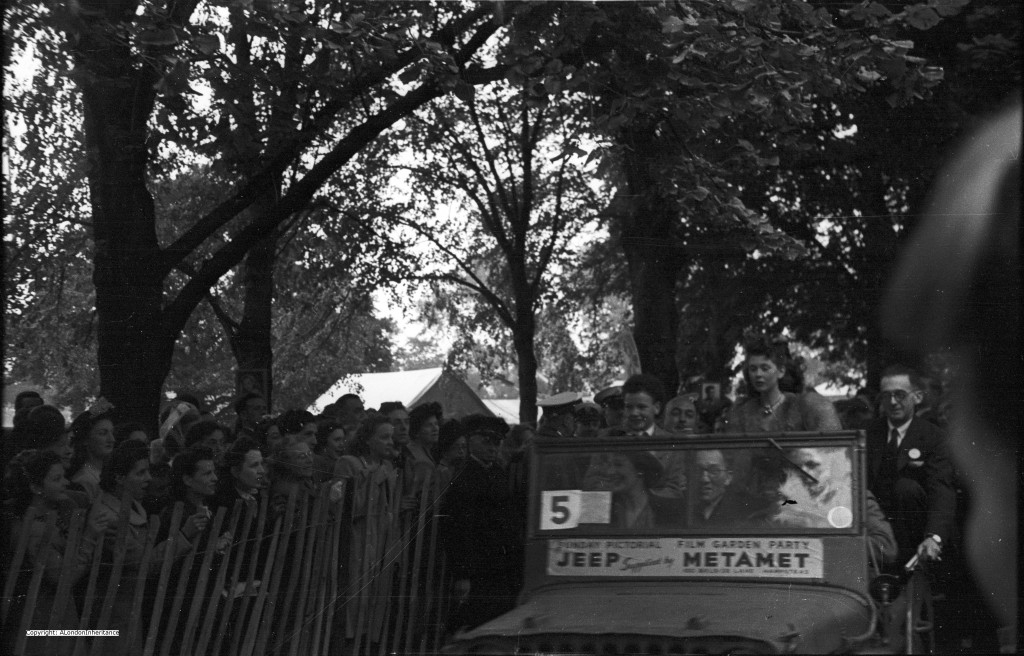 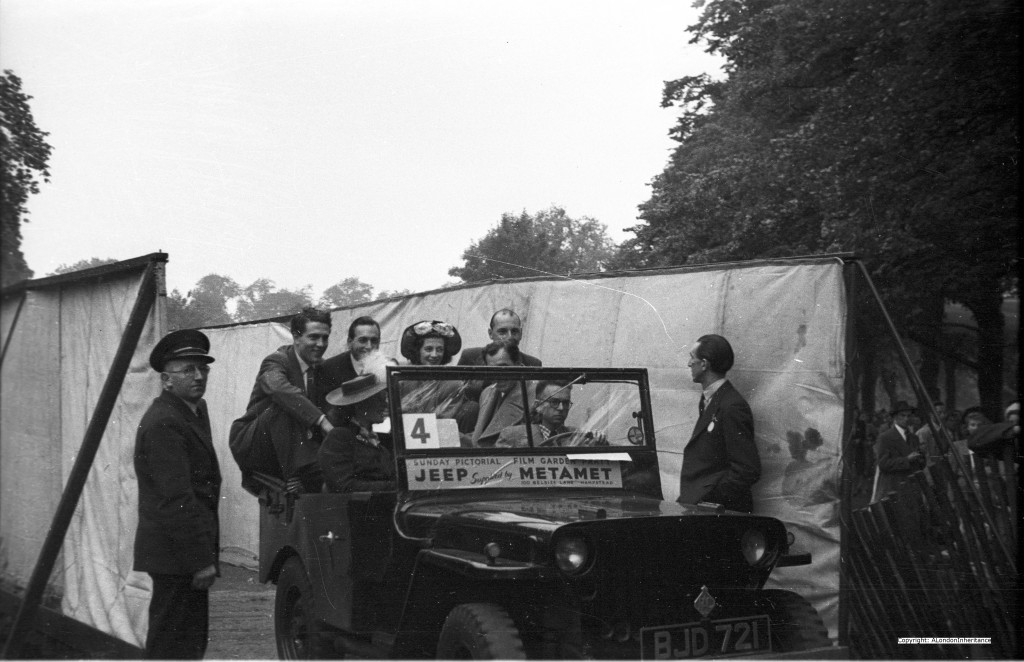 Perhaps they had run out of Jeeps? 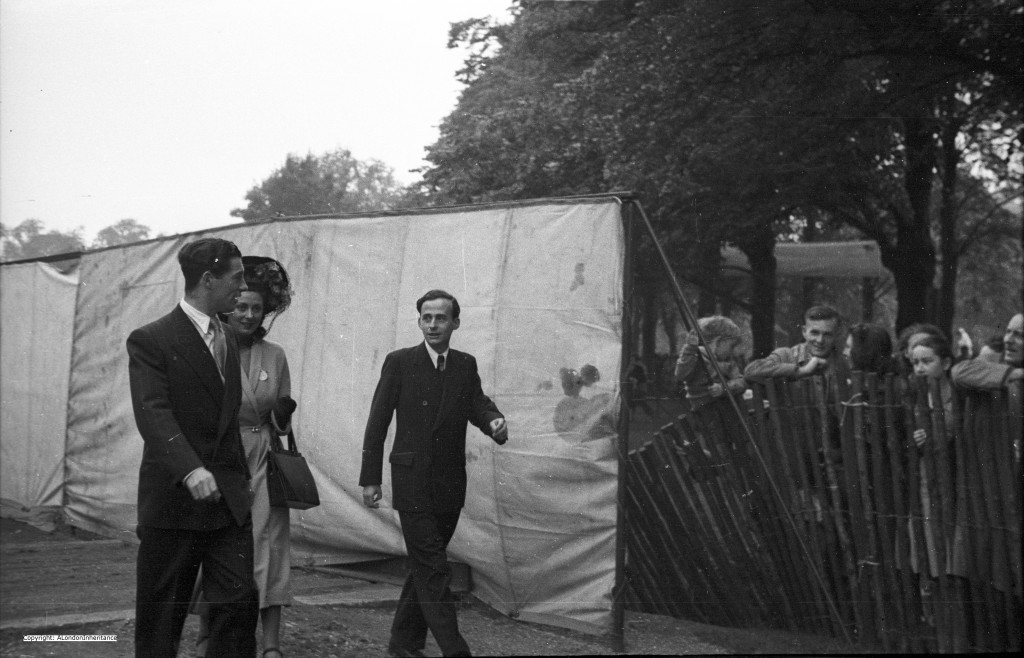 I recognise the actor sitting in the front of this Jeep, but I cannot find his name: 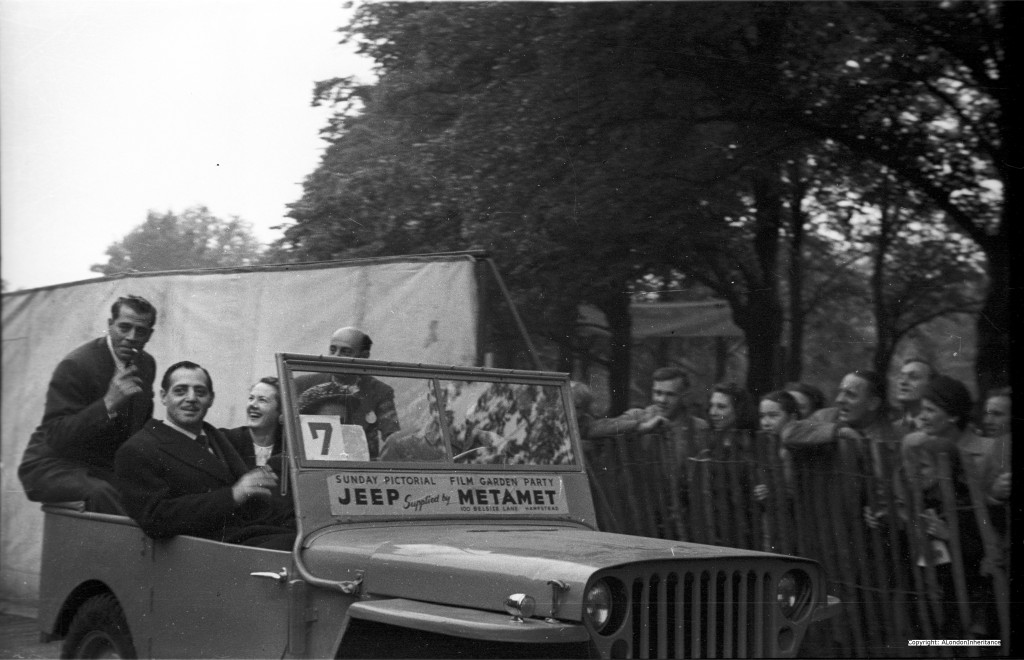 There are some superb newsreels from British Pathe covering these Garden Parties. A good example being found here.

So, if you visit Morden Hall Park one weekend this summer, this is the type of event it was hosting over sixty years ago and you would be one of 25,000 other people all looking to get an autograph or photo with their favourite Star.

And if you recognise any of the Film Stars in the photos I would really appreciate a comment or e-mail so I can put names to the photos.