The 2nd of June 1953 was Coronation Day in London and a public holiday. As usual for such an event, people started lining the route between Buckingham Palace and Westminster Abbey well before the procession to ensure a good position to see the new Queen.

The weather during the previous May had been excellent with lots of warm, sunny weather broken only by the occasional thunderstorm. This weather broke by the end of May, for the last week of May and the rest of June the country was under many low pressure areas moving from the Atlantic bringing cold temperatures for June and rain.

My father took a number of photos of people as they lined the route, along The Mall and round into Trafalgar Square.

These show people wrapped up for the weather and rather more formally dressed than you would find at such an event today.

This photo was taken in The Mall. They look well prepared for the wait. The man is obviously not interested in people watching, he looks engrossed in his book. The group in the background also seem very well prepared judging by the number of boxes they have. 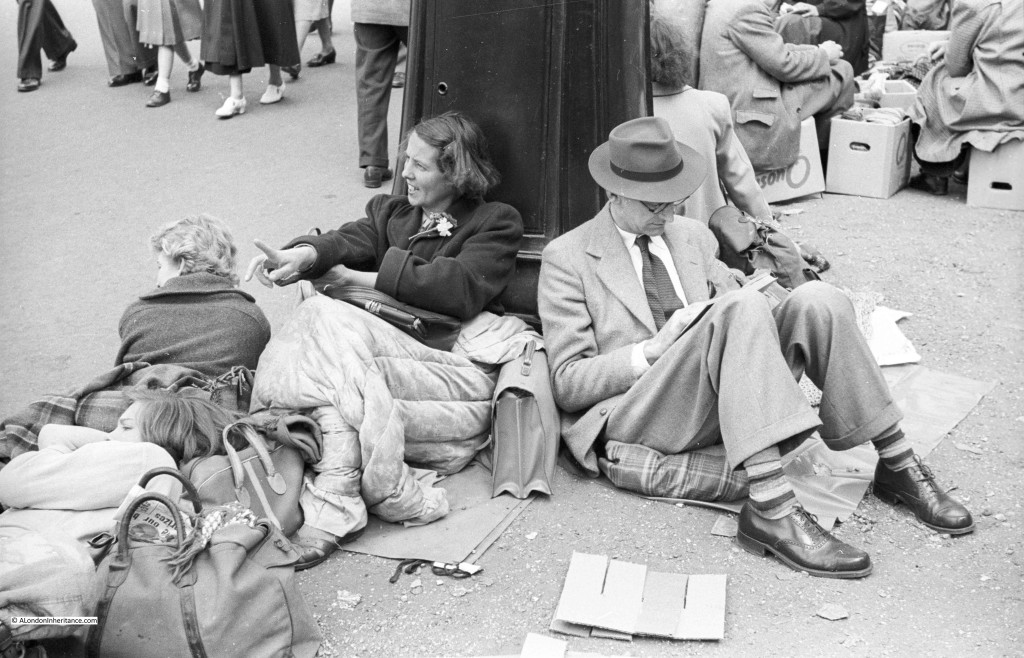 Sleeping in The Mall: 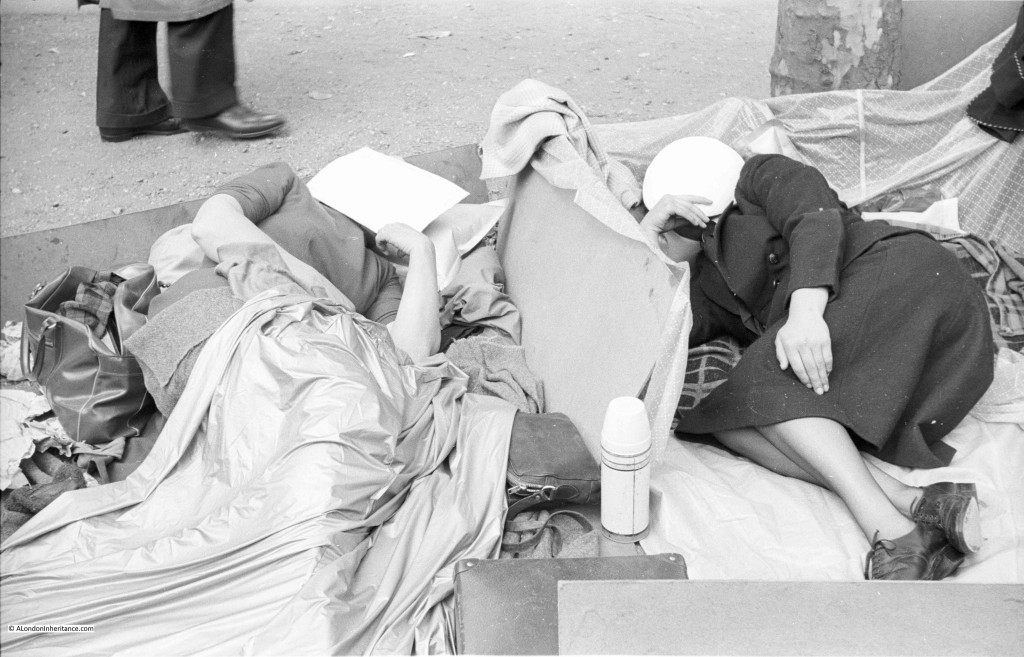 Again in The Mall and the crowds are growing. In the top left is the faint outline of one of the arched decorations that spanned The Mall: 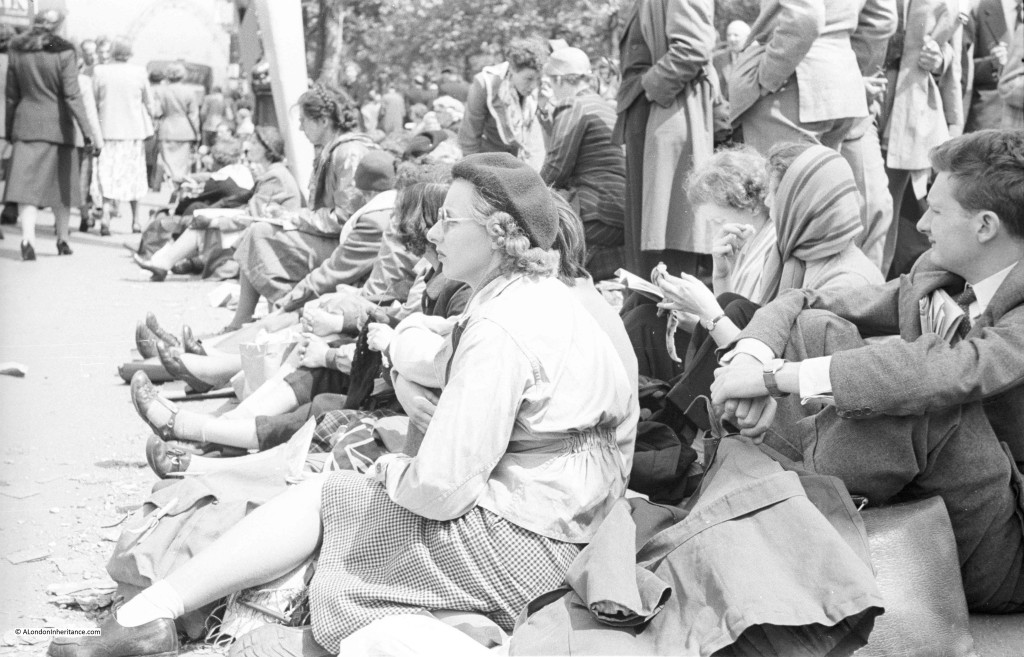 A wider view of a very busy Mall. 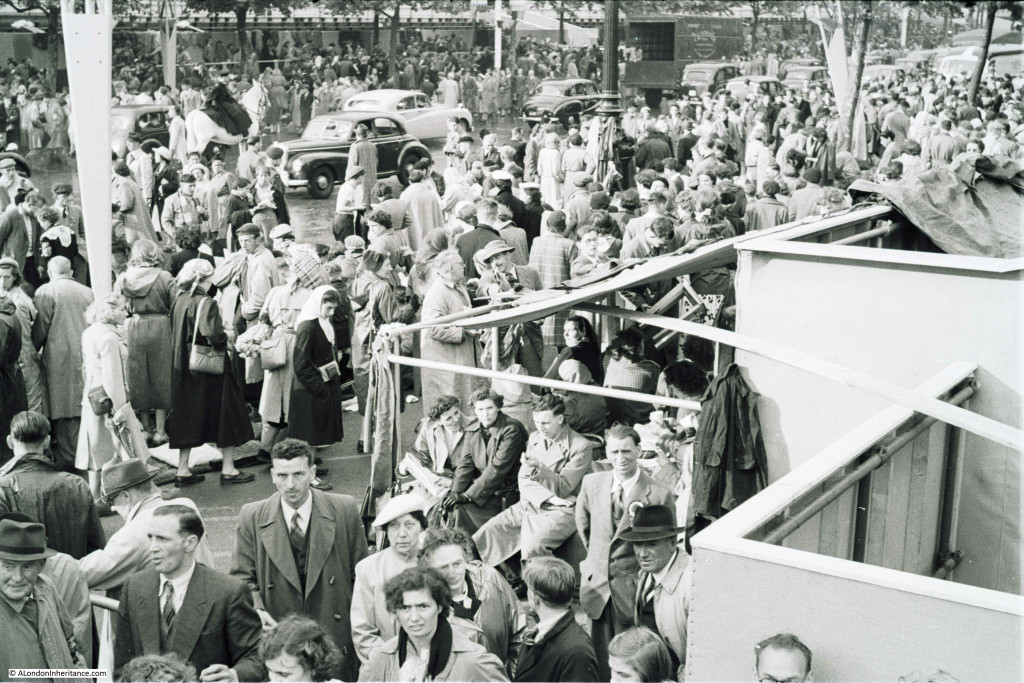 The morning of the 2nd of June was more like an autumn day with rain showers and temperatures reaching only 12 degrees centigrade. Very low for early June.

This is Trafalgar Square. On the left is one of the commentary boxes set-up along the route. This was the first Coronation to be televised. 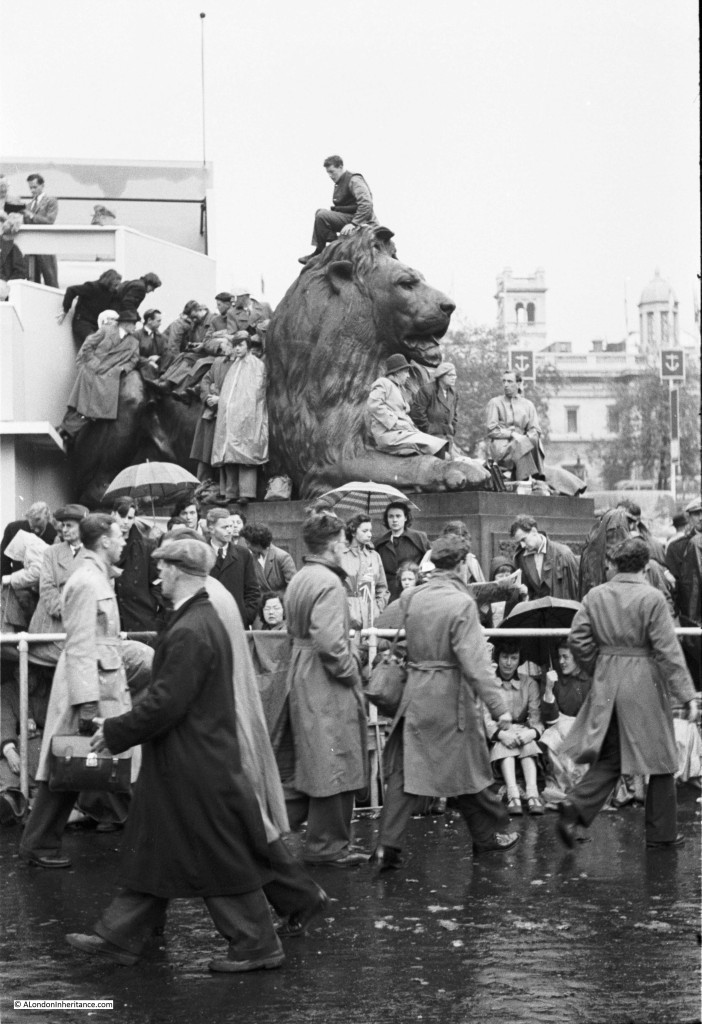 Photo of the small group of people on the lion. Not sure how long the man on the far left was going to balance in that precarious position: 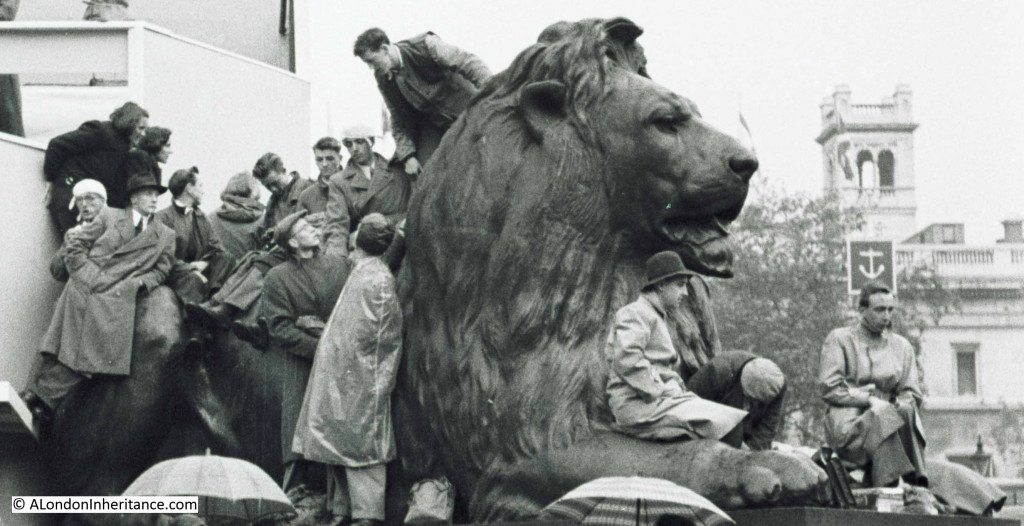 Another view of the same scene: 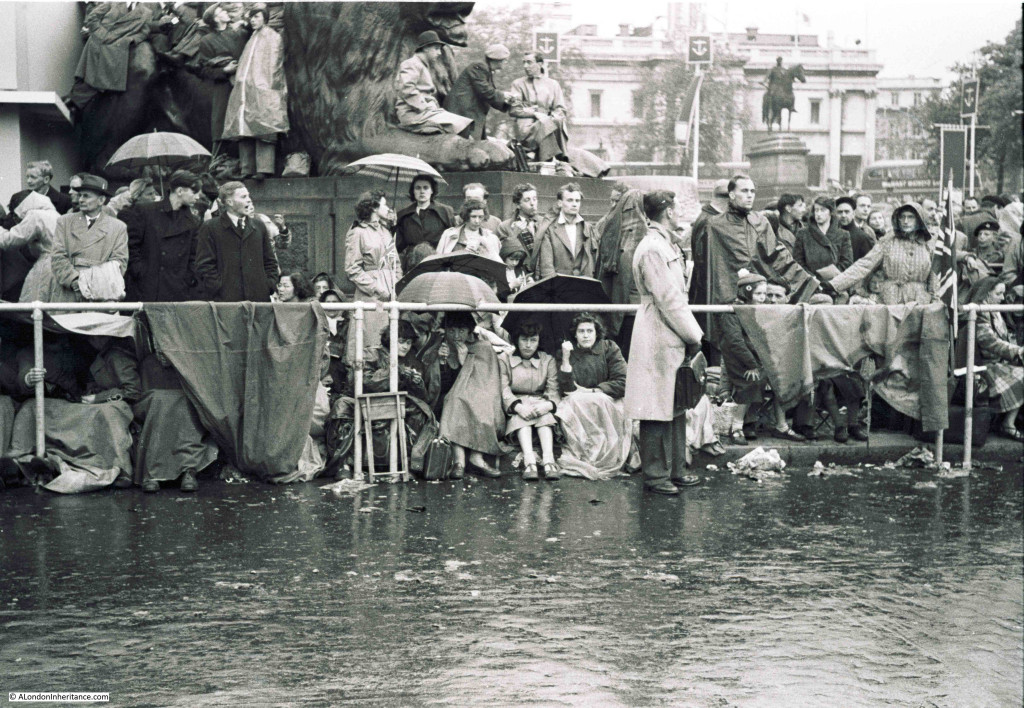 These two look cheerful despite the long wait and the weather: 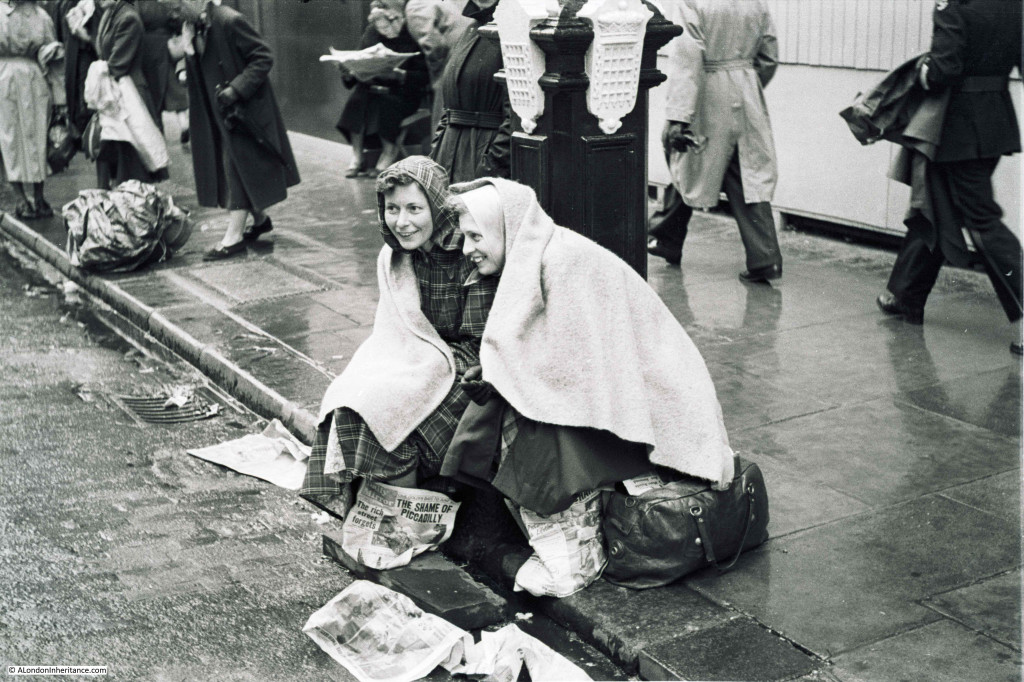 The newspaper between them was the Daily Mirror from the 29th May. The headline “The Shame Of Piccadilly” and “The rich street forgets” refers to the complete lack of decoration in Piccadilly for the Coronation. There are two photos on the page. The top photo shows Piccadilly without any decoration, the bottom photo shows, what is assumed to be an ordinary working class street decorated with flags and bunting and a Long Live The Queen banner stretched across the road. (I also have a series of photos taken in Hoxton showing the street decorations – a subject for a future post) 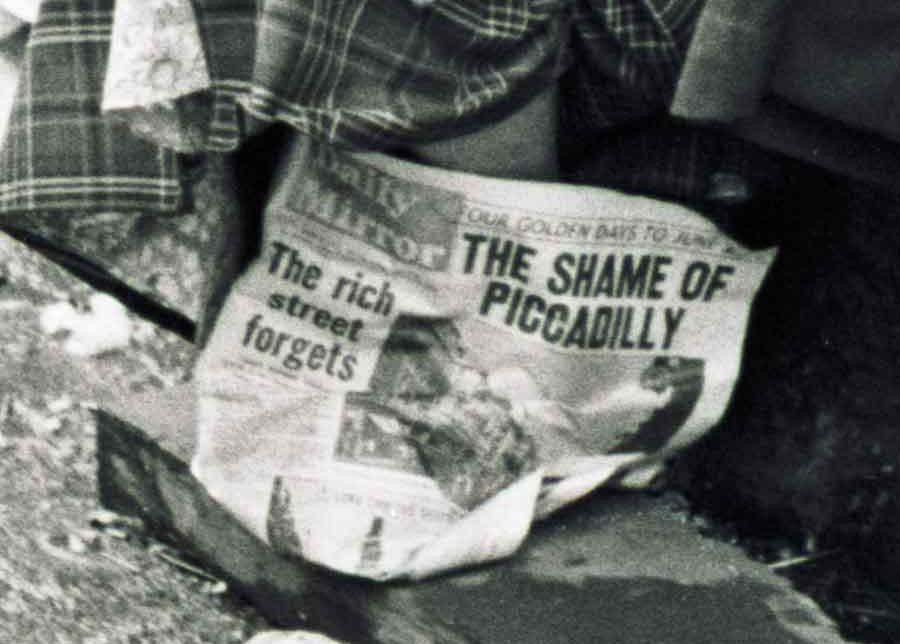 Another group reading and watching the world go by: 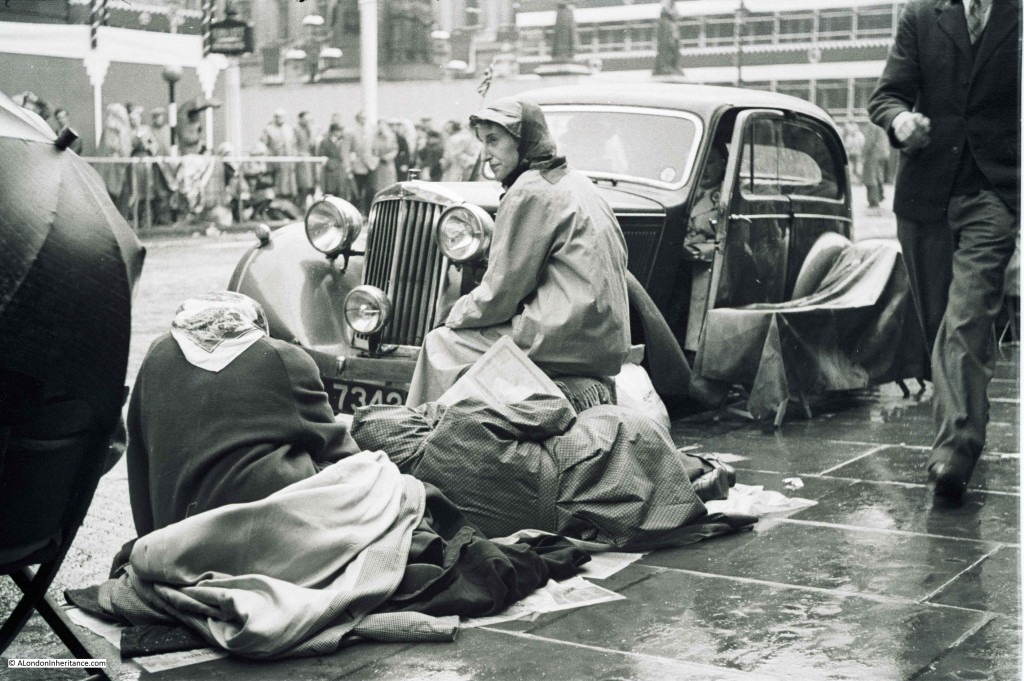 Some of the elaborate decorations that lined the Coronation route: 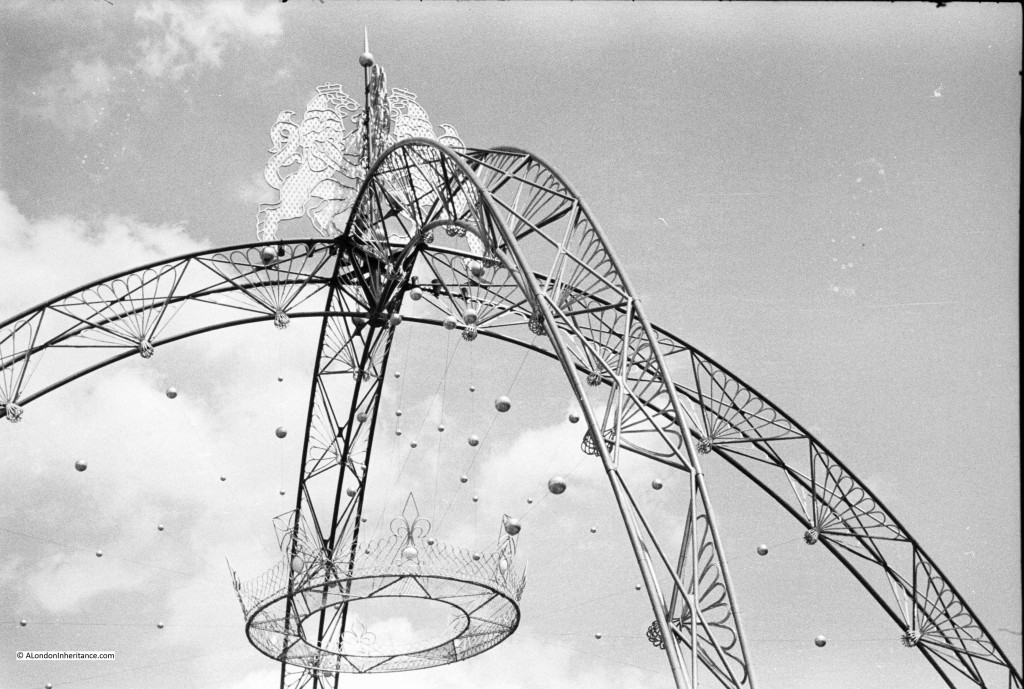 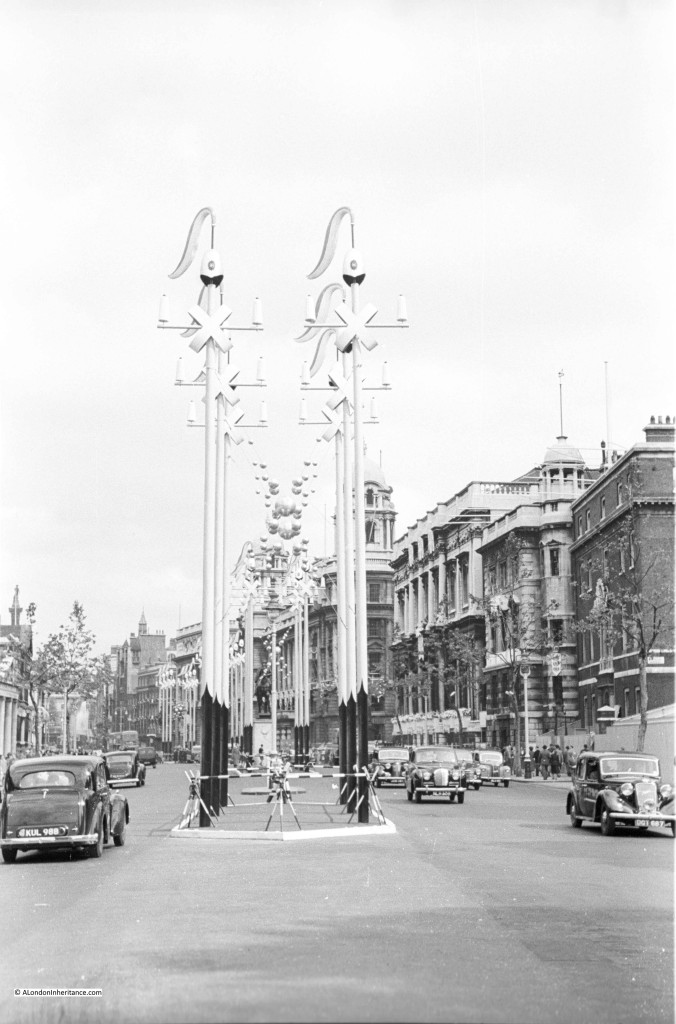 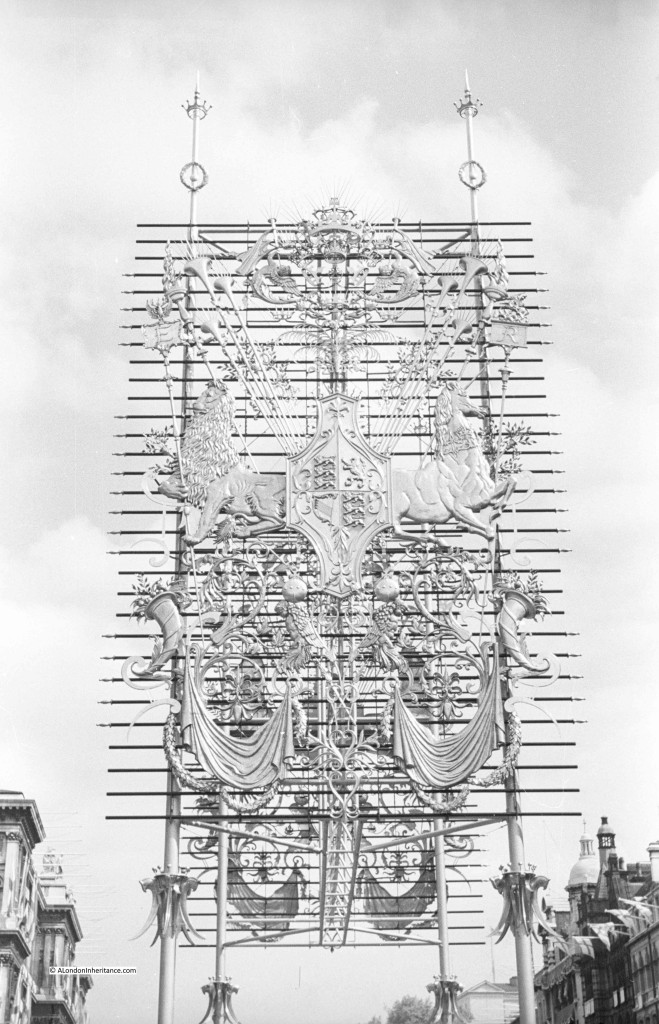 The expectation at the time was of a new Elizabethan era with comparisons back to Queen Elizabeth 1st as shown by the following tableau along the route of the procession. The text on the left is abbreviated from a speech given by Queen Elizabeth 1st to the Houses of Parliament on April 10th 1593 (1558 was the year that Elizabeth 1st became Queen) and that on the right from Queen Elizabeth 2nd from her first Christmas broadcast in 1952. 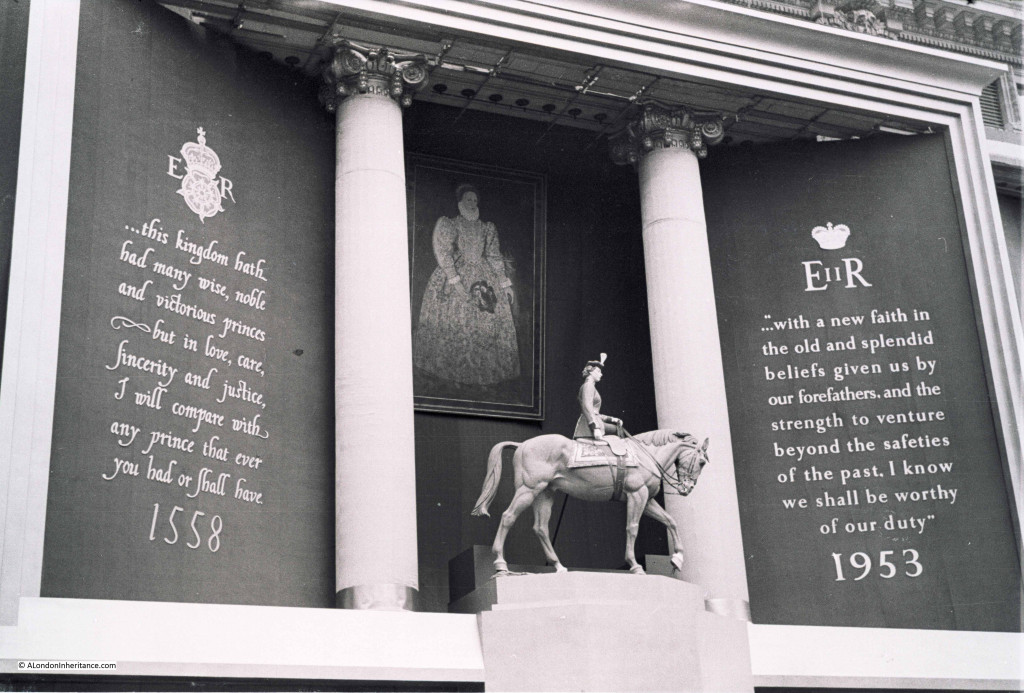 For those lining the route of the procession, I suspect that despite the weather, it was an event that was well worth the wait and long remembered.