A few weeks ago I published a short post with two of my father’s photos of a man repairing a chair in the street. I have always been fascinated by these as the concentration and craftsmanship was clearly visible in the work being performed.

The Gentle Author included my blog on his Saturday posting at http://spitalfieldslife.com/ and the extra viewers and distribution across Twitter reached a wider readership than normal, and to my surprise I received an e-mail from Rachel South identifying the Chair Repairer as her grandfather, Michael George South of Ladbroke Grove.

What makes the story even better is that Rachel is the third generation in the upholstery business and chair caning, so there is a continuous line from Michael in my father’s photo to the present day.

See Rachel’s web site at: http://rachaelsouth.com/ The photo of the Chair Cave on Facebook is incredible.

Rachel provided the following information about her grandfather:

Michael South was born around 1903. He was from an Irish travelling background and had grown up in west London with his father and a number of half brothers and sisters. He died in 1964 from a brain haemorrhage which it was assumed was due to his other career as a bare knuckle boxer! My mother recalls two of his half brothers one called Danny who only had one ear and another who rode a motorbike on the wheel of death. So a lively background to say the least.

Michael usually sat in Kensington or Knightsbridge to work.

So now, after more than 60 years since my father took these photos, it gives me great pleasure to introduce again, Michael South, chair caning craftsman of Ladbroke Grove: 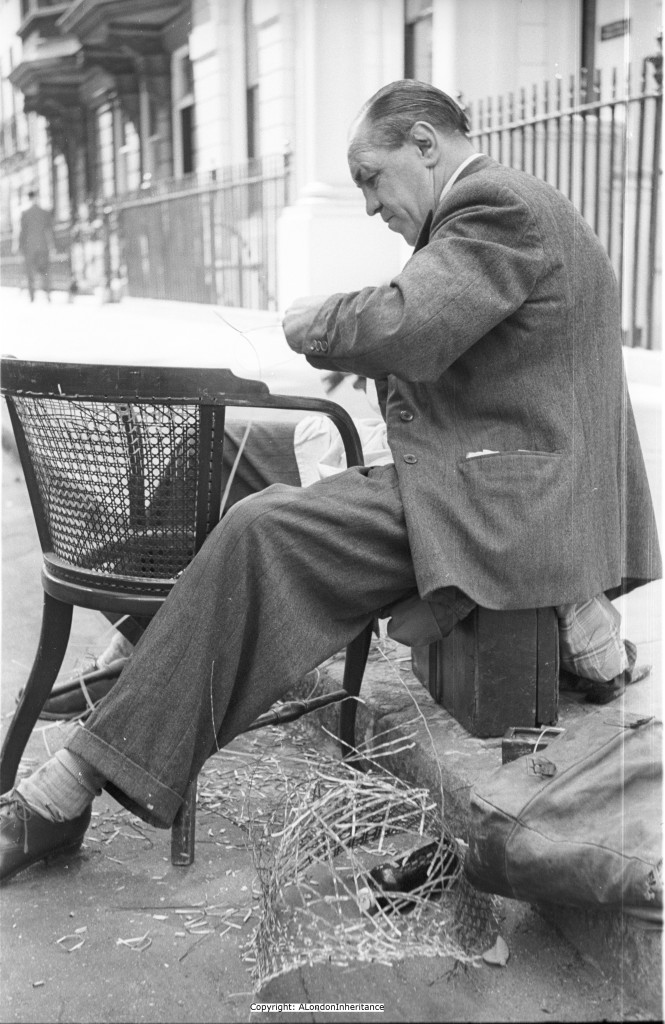 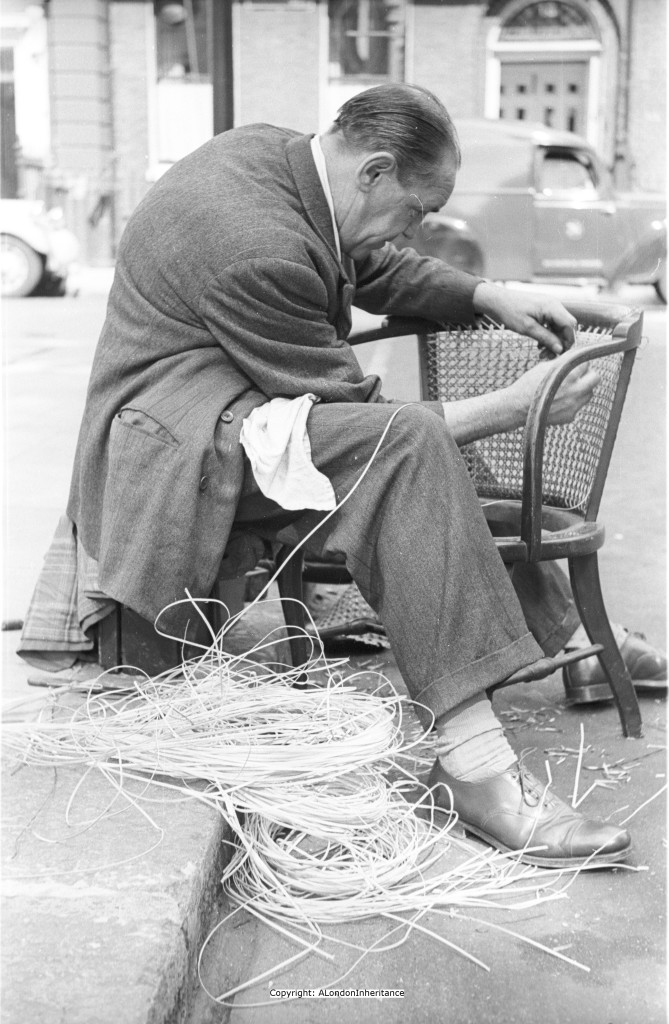 3 thoughts on “The Chair Repairer Found !”