I have covered Bankside a number of times, however in this week’s post I want to show a different perspective of Bankside, as it was in 1949 from the north bank of the River Thames, before any of the developments that would transform the area from industrial to the arts and leisure Bankside that we see today.

For the post, I am covering the area of Bankside from Tate Modern (the old Bankside Power Station) up to Southwark Bridge.

My father took the following photo of part of Bankside in 1949: 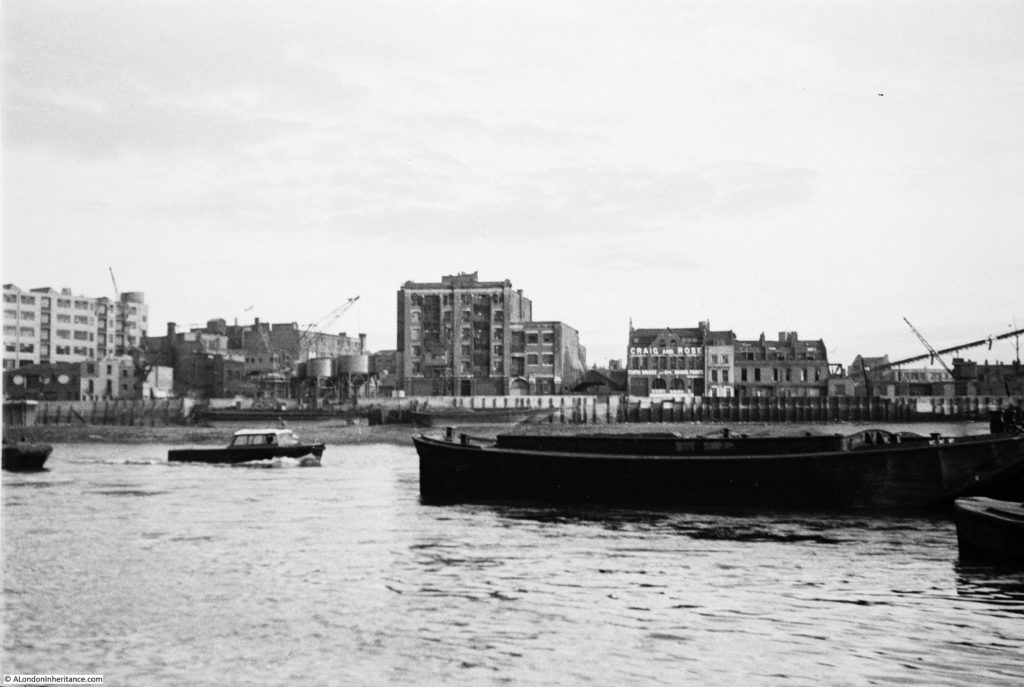 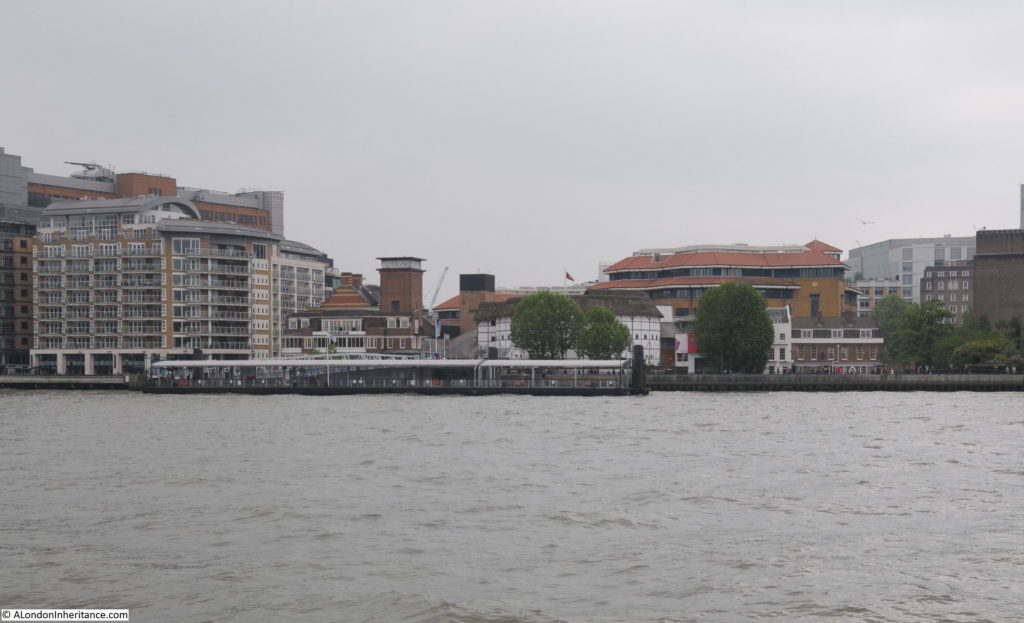 In the centre of the 2017 photo, behind the two trees is the Globe Theatre. To the right of this are the only couple of buildings that are the same in the two photos. Just behind the tree to the right of the Globe is 49 Bankside, the three storey white building (I covered 49 Bankside and Cardinal Cap Alley in detail in a post which can be found here).

To the right of 49 Bankside is a short row of houses, which again are the same in both photos. Everything else in the two photos has changed.

The building immediately to the left of 49 Bankside in the 1949 photo was the office and factory of Craig and Rose. Their name can be seen in large white letters along the top of the first floor. Between the ground and first floors are the words “Forth Bridge Brand Paints”.

The company was established in 1829 by James Craig and Hugh Rose, two Scottish entrepreneurs who set up the business in Edinburgh. The business expanded rapidly and in 1880 won the contract to supply paint for the Forth Bridge, with their Red Oxide paint being supplied to paint the bridge until 1993.

The Bankside building was constructed in 1897 for Craig and Rose, and operated until the early 1950s. Craig and Rose are now based in Scotland.

When I was sorting through my files of scans of my father’s photos I found the following photo which was taken on the same day as the above 1949 photo. 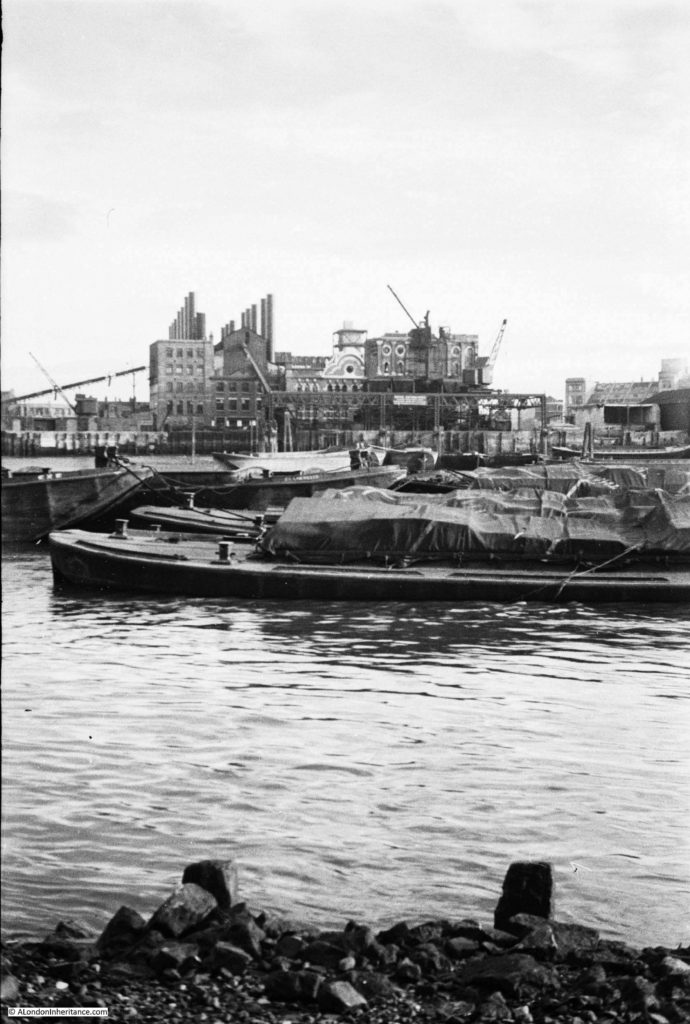 This conveyor belt is also visible in the photo at the top of the post with 49 Bankside and Craig and Rose, so despite the photos being different orientations I put the two together to produce the following view of the wider Bankside: 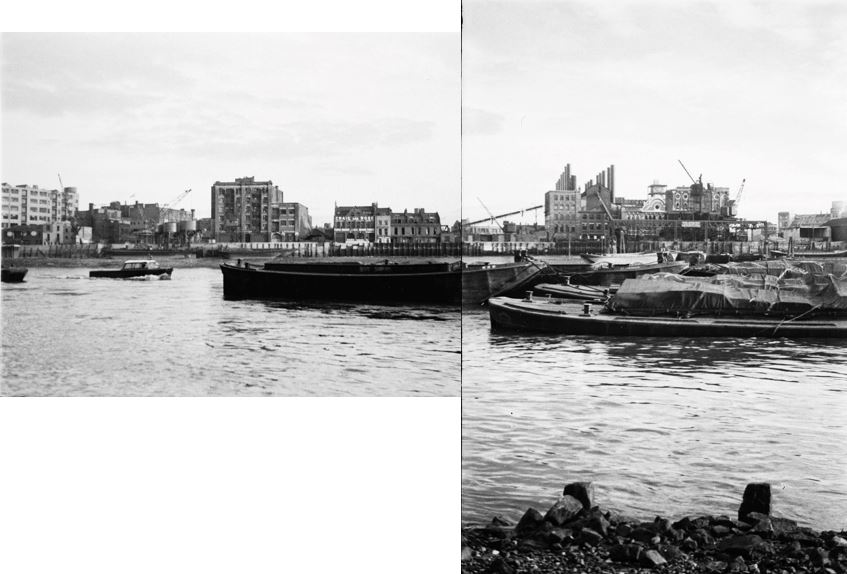 And with a bit of cropping and some very amateur joining of photos I present a Bankside Panorama in 1949 and almost seventy years later in 2017. 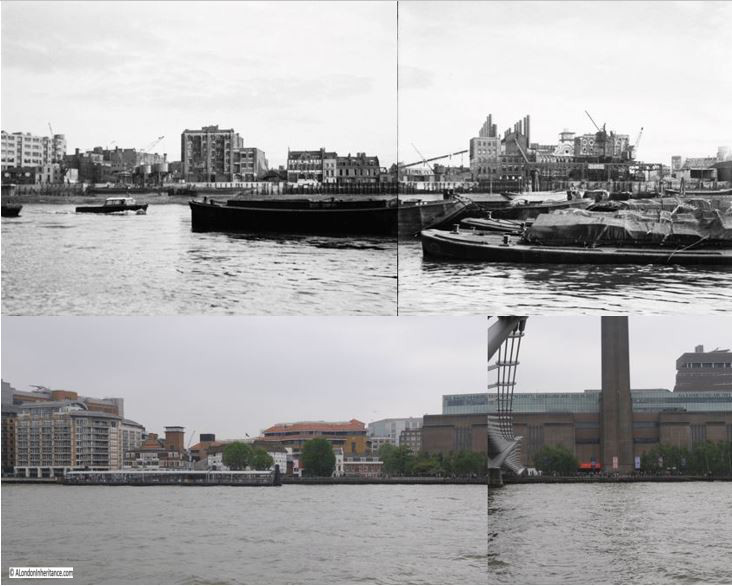 Only a small part of the Millennium Bridge is shown as for the photo on the left, I had to take this from almost under the bridge to provide a slightly angled view otherwise with a straight on view, 49 Bankside, the key building in both 1949 and 2017 was obscured by the tree.

I am not sure what is the most remarkable – that this stretch of Bankside has changed so much, or that 49 Bankside and the short row of houses to the right have managed to survive when everything else along this stretch of the river has been redeveloped.

The two photos also show how use of the river has changed. In 1949 the river was busy with lighters and barges moored along the river. Today, the river is quiet apart from tourist boats and the Thames Clipper river buses. I believe the moving boat on the left of the 1949 photo is a police launch as it looks identical to photos I have of moored police launches by Waterloo Bridge.

It was interesting to stand on the north bank of the river with the 1949 Bankside panorama in hand, looking at the view of Bankside seventy years later.

I do need to return when the leaves have fallen from the tree in front of number 49, and the lighting is better so I can get an improved 2017 view, with the bridge and avoiding the grey backdrop, however I hope you find the two panoramas of Bankside as interesting as I have.