The problem with trying to research a weekly post is that work frequently gets in the way and the last couple of weeks have been rather busy, so for this week, let me show you some aspects of London Life as portrayed by postcards.

I am always on the lookout for London postcards, they help with understanding how the city has changed over the years and how Londoners have lived and worked. Some postcards show similar scenes that my father photographed and it is fascinating to compare these, and also to visit the locations of these photos today. Some have changed beyond all recognition whilst others are much the same.

Postcards were published covering a wide range of different topics and below are a sample of some individual cards as well as a series of cards published in the early 1950s titled “London Life”. 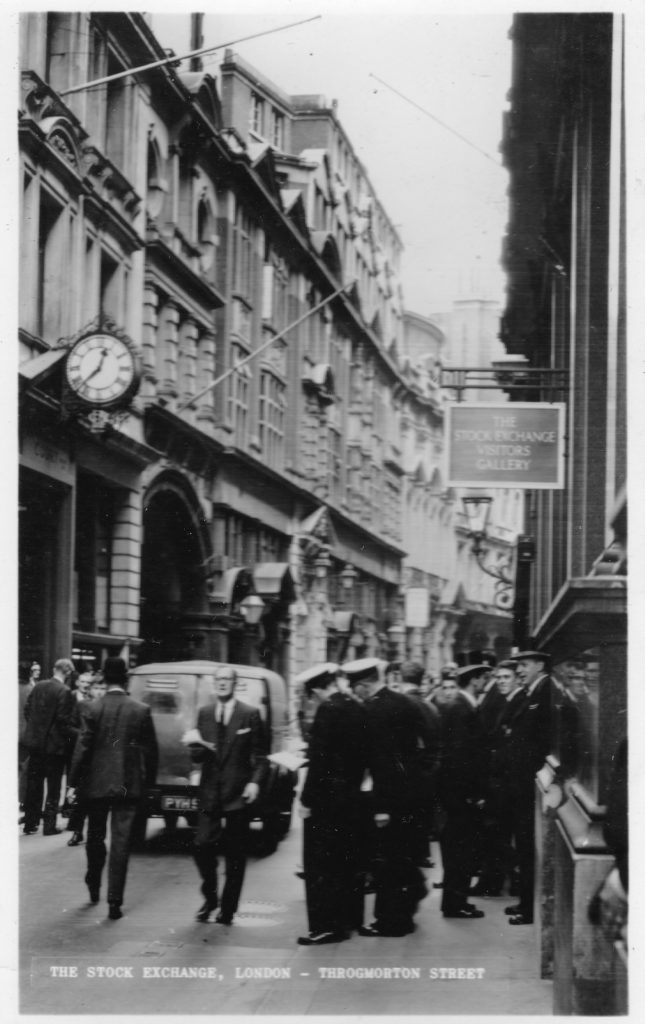 The use of roof space for gardens, restaurants and bars is not a new phenomena, Selfridges had the Hanging Gardens of London. 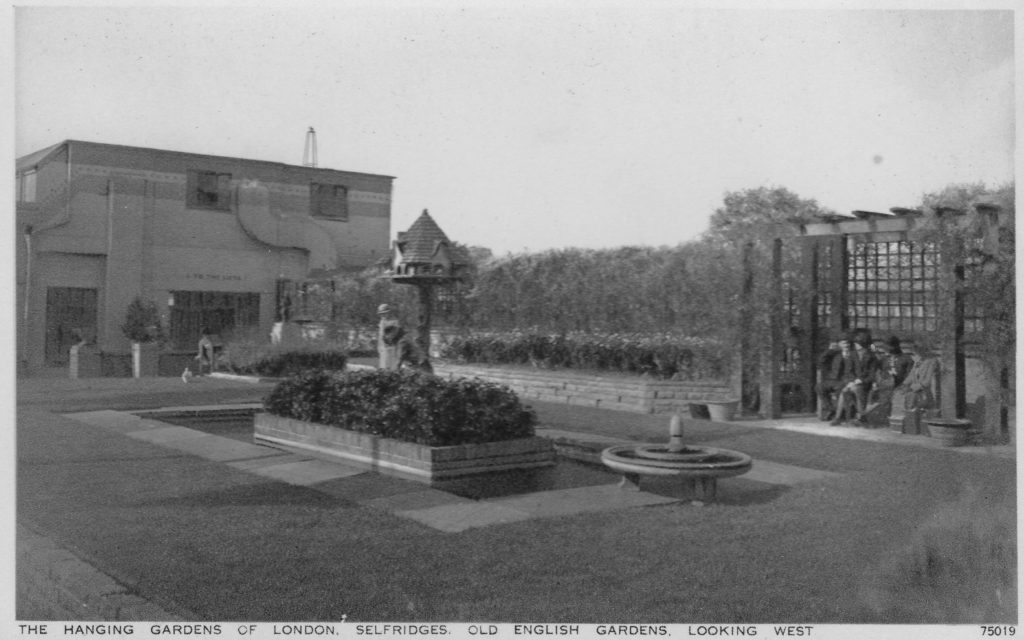 The view along the Strand towards the church of St.Mary-le-Strand. According to the postmark on this card it was posted on the 8th June 1907. 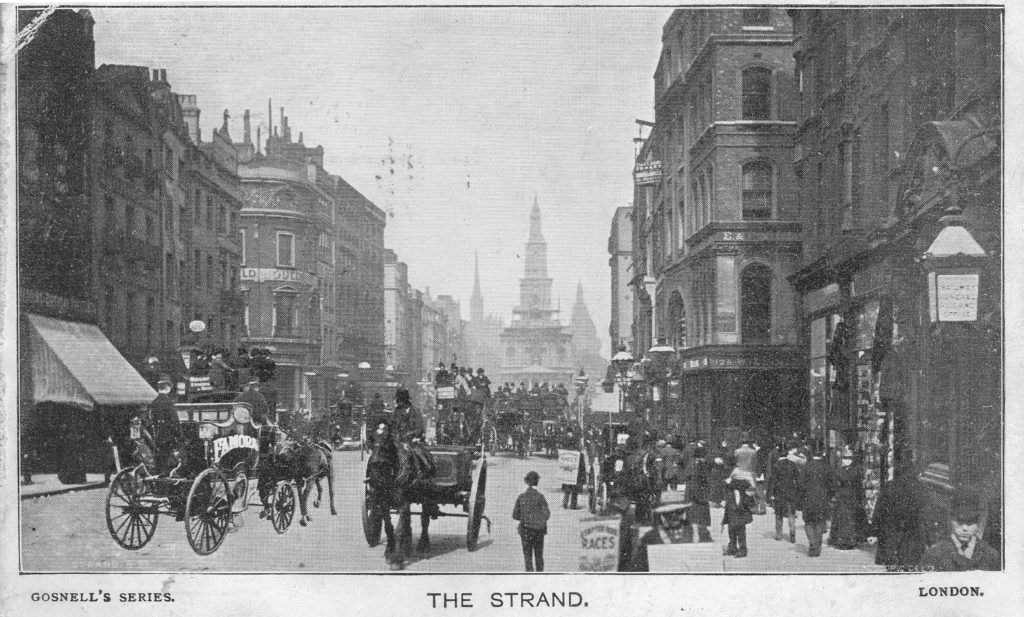 The photo used for the following postcard must have been taken around 1932 as it shows the Daily Express building at 120 Fleet Street and presumably from the remaining scaffolding on the top levels, construction was almost complete.

This remarkable building was constructed between 1930 and 1932 as the headquarters of the Daily Express Newspaper and in the early 1930s must have seemed very futuristic. 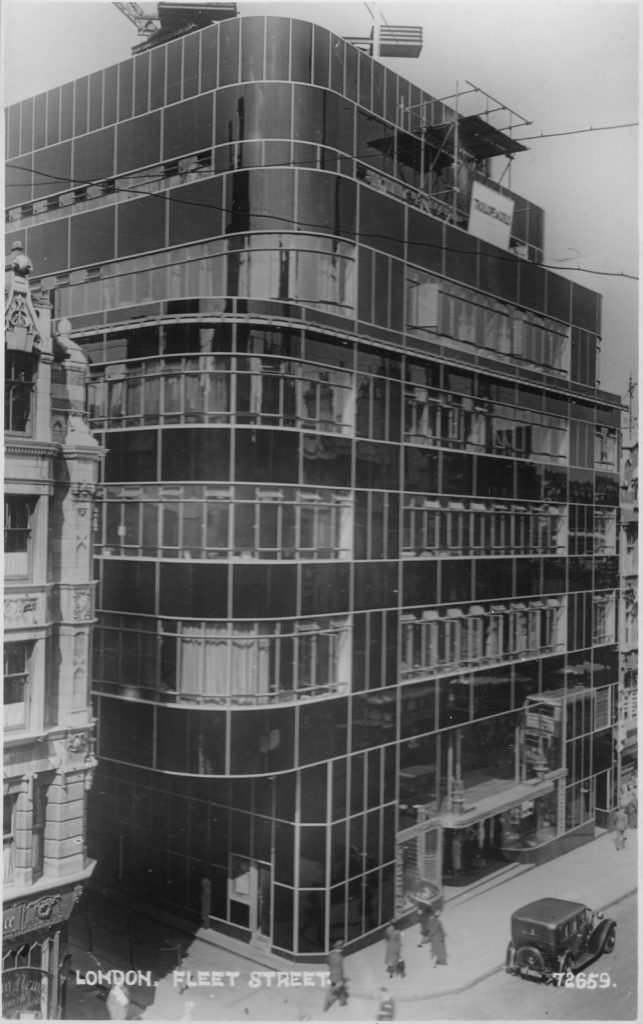 The Daily Express building must have seemed so out of character with the surrounding buildings on Fleet Street. I do not know what the reaction was at the time, but it does make me question my own views on some of the new developments today, whether in 80 years time they will be considered classic examples of an architectural style and protected.

There are many postcards showing the surprising number of exhibitions that were held in London during the early decades of the 20th century. The scene in the following postcard is of the Scenic Railway at the Coronation Exhibition held at White City to commemorate the coronation of George V. Rather tame by the standards of today, but it must have been an adventurous ride at the time. If you look on the left there are many light bulbs across the rather realistic rock so this must have been lit up at night and must have been a sight for 1911. 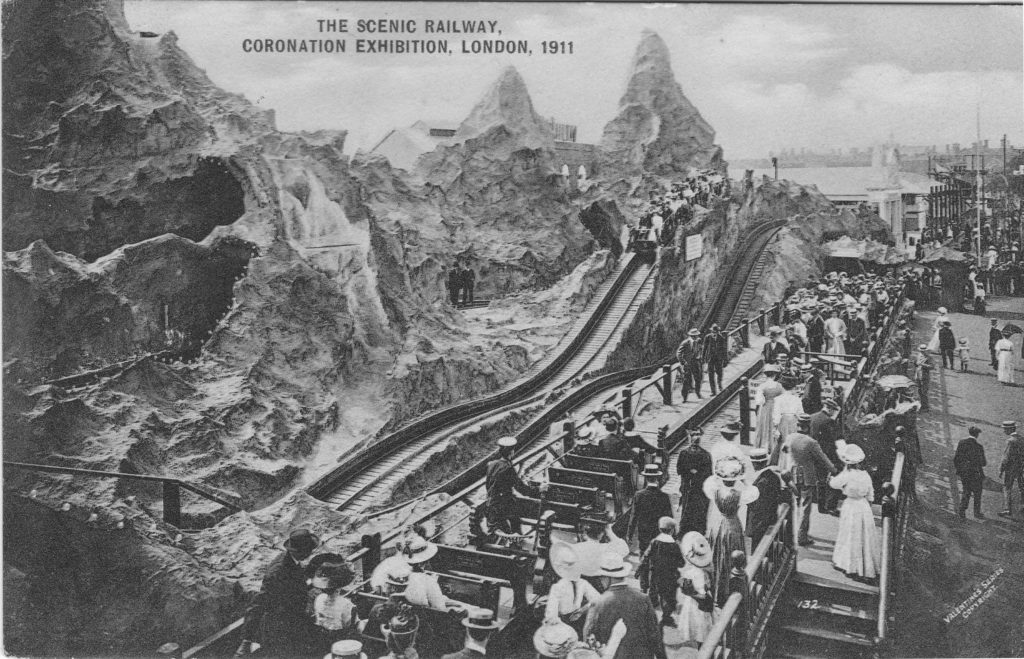 Two very early postcards of Petticoat Lane. Poor quality, but they do provide a good impression of this crowded street market. 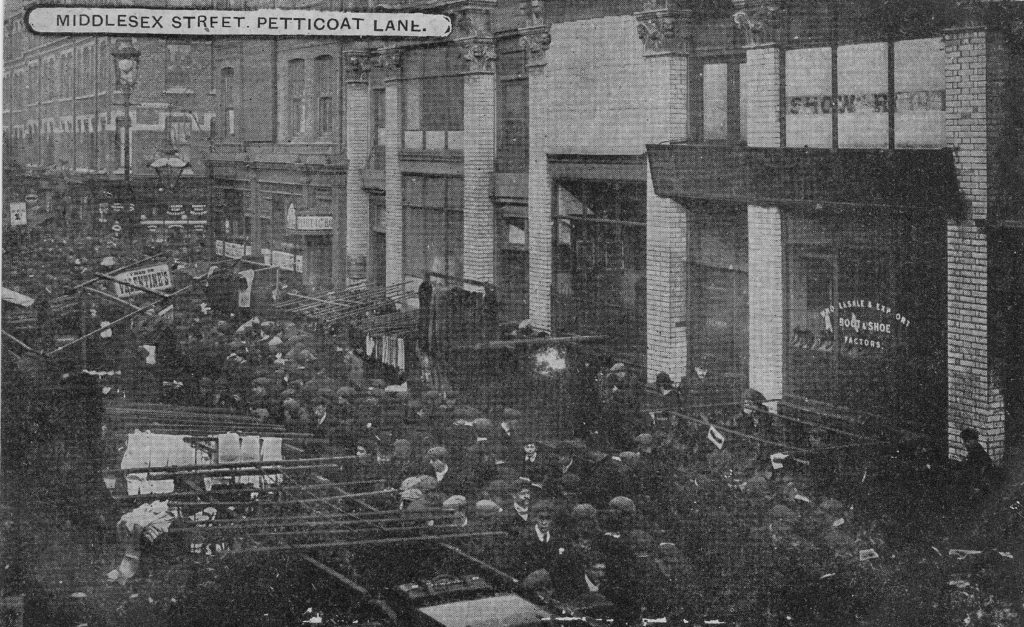 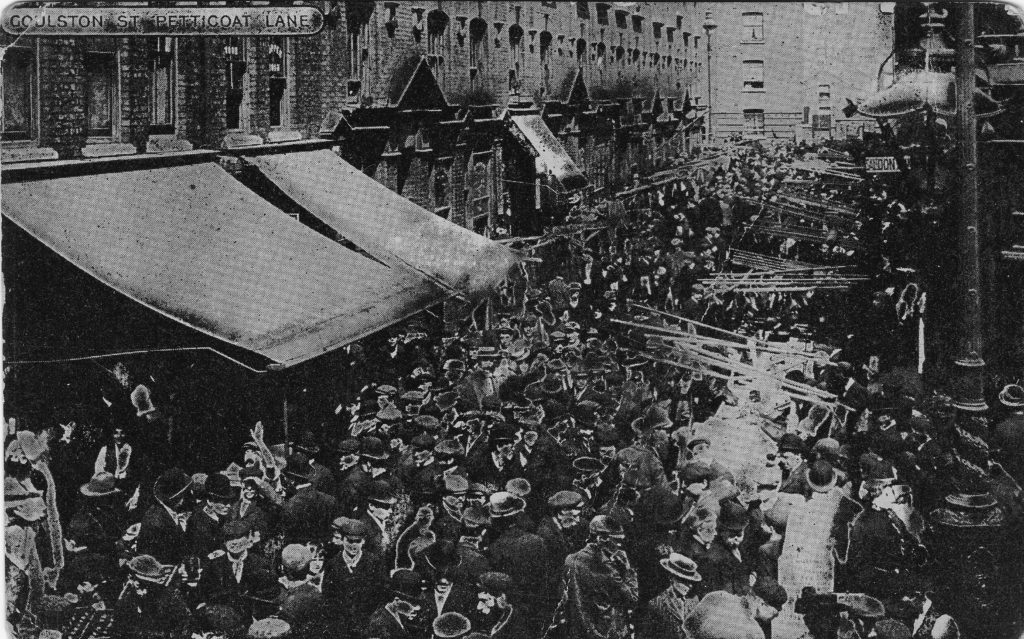 Postcards can confirm that some things do not change. Oxford has always been crowded with buses. The advertising banners on the right selling a Whole Head Permanent Wave for either 30 or 25 shillings. When you have had your hair done, you could then get a passport photo taken at the Venus Studio. 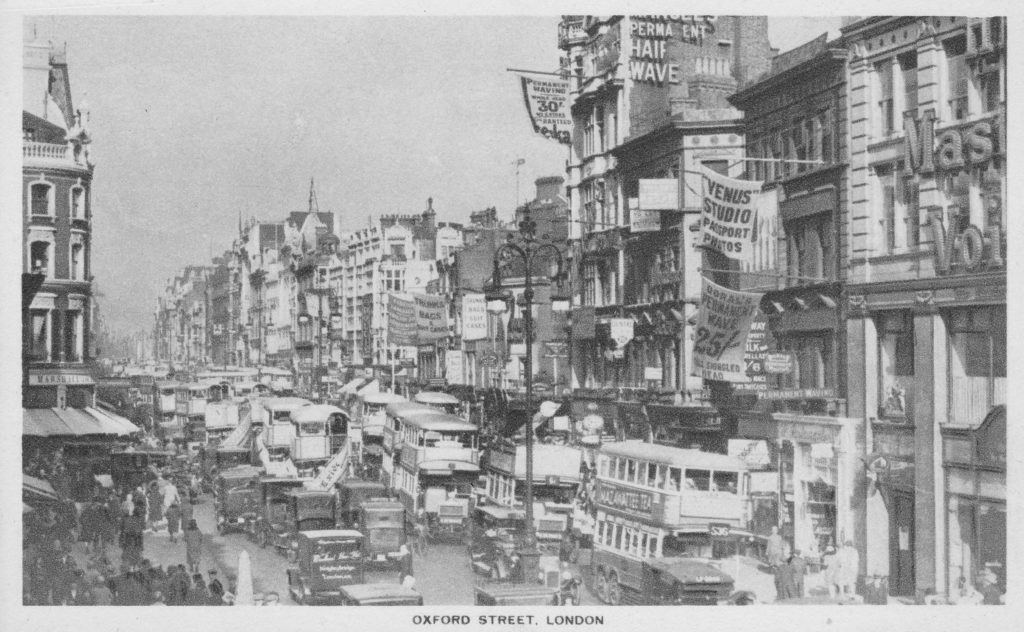 The Guildhall as it was before bombing during the 2nd World War reduced the Guildhall to a shell, and destroyed the surrounding buildings. The card was posted on the 15th July 1907 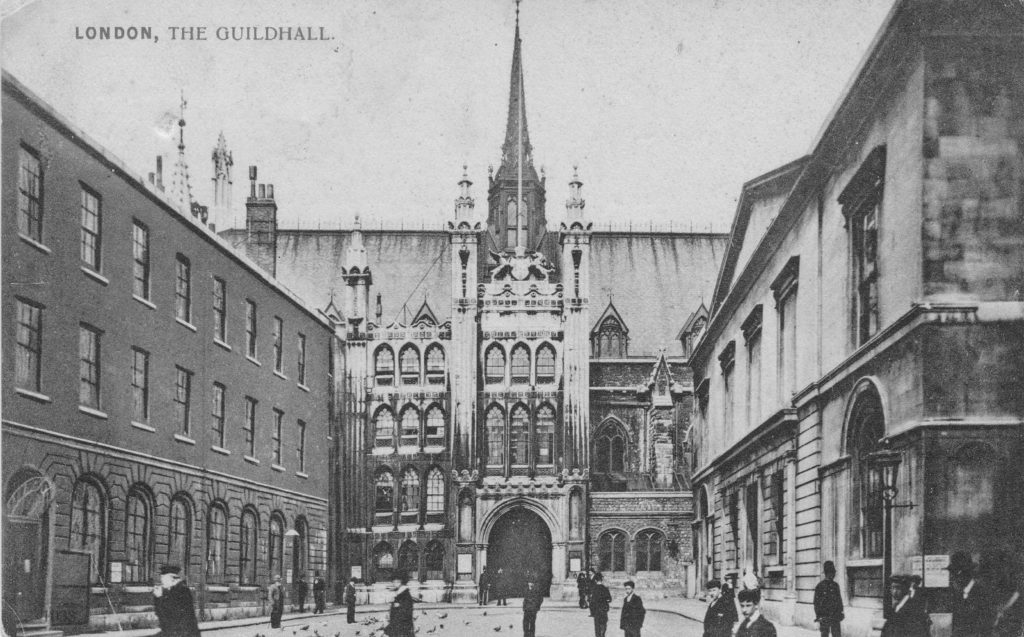 View down Kingsway. The building at the far end is Bush House, the old location of the BBC World Service. The card was posted on the 31st August 1942 so must show Kingsway in the 1930s. 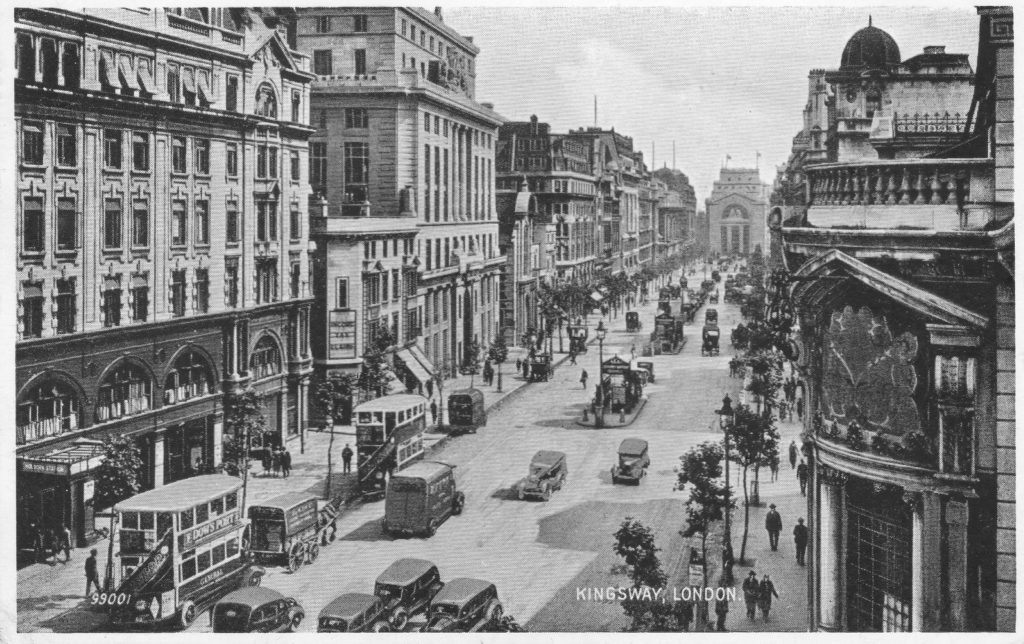 Leicester Square at night. Interesting that most of the photos of London at night that I have seen on postcards were taken after rain, a trick that brings out the reflections of the lights. 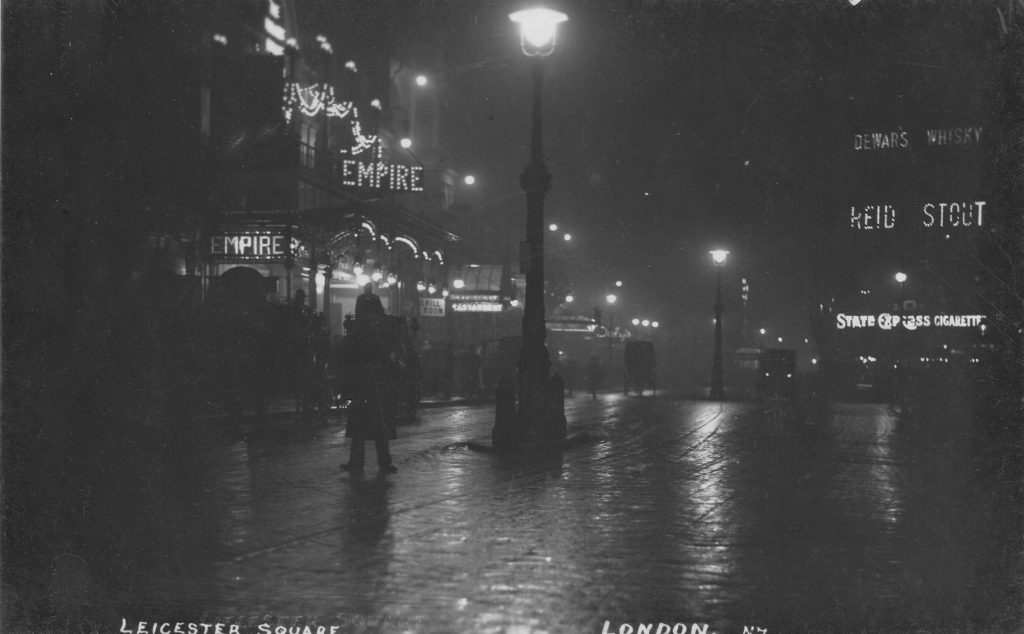 Queen Victoria Street. The corner building on the right is still there as is the church of St. Mary Aldermary on the left. 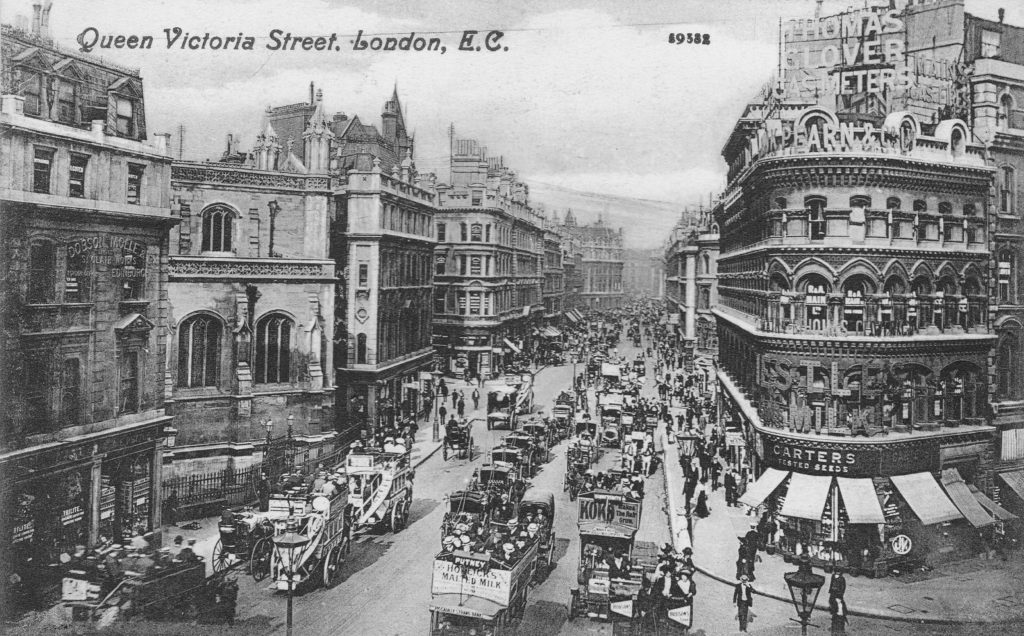 The following photo of Tower Bridge must have been taken from the brewery by Horselydown Old Stairs. I find the scene behind Tower Bridge interesting as it is very different now. If you stood in the same position today, the view would be dominated by the towers of the Walkie Talkie, the Cheesegrater and the Gherkin. 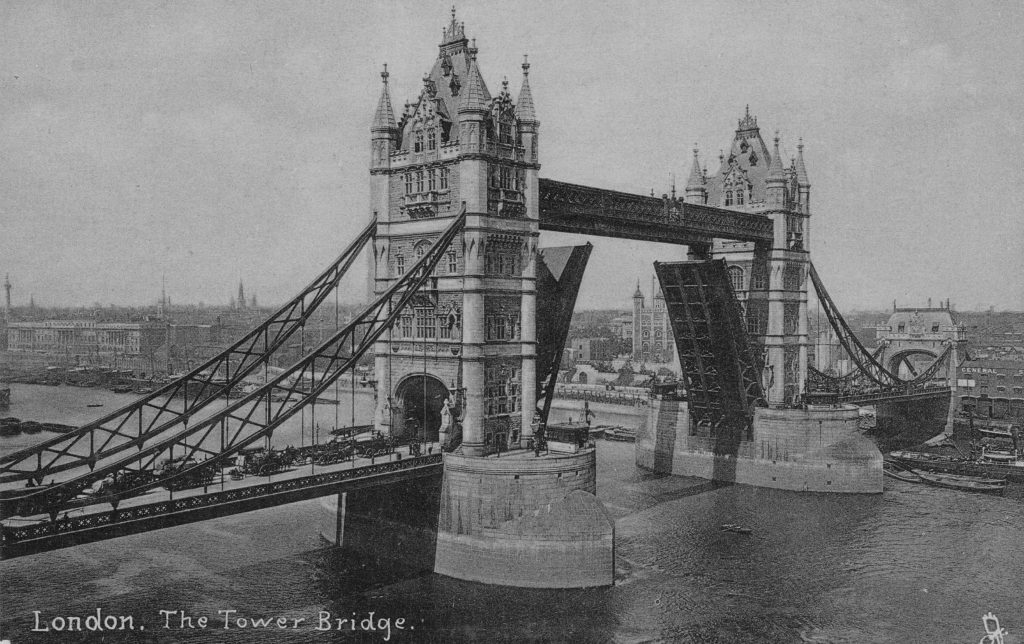 The following photo must have been taken from the tower of St. Clement Danes looking back along Fleet Street towards the City. The Royal Courts of Justice are on the left, followed by the tower of St. Dunstan in the West, with the tower of St. Brides further to the right with St. Paul’s Cathedral behind. 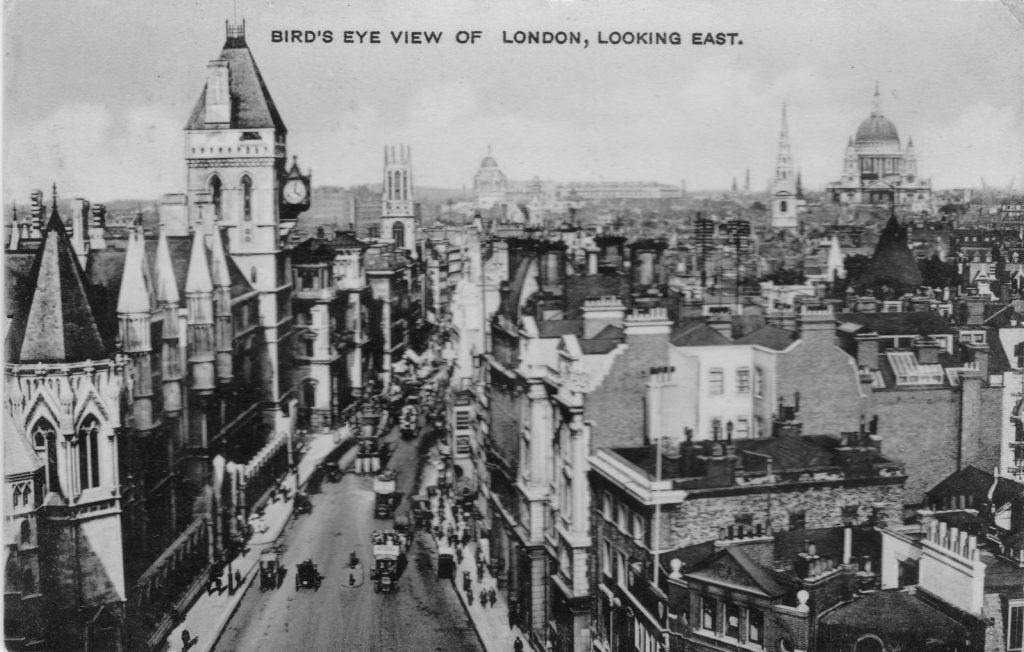 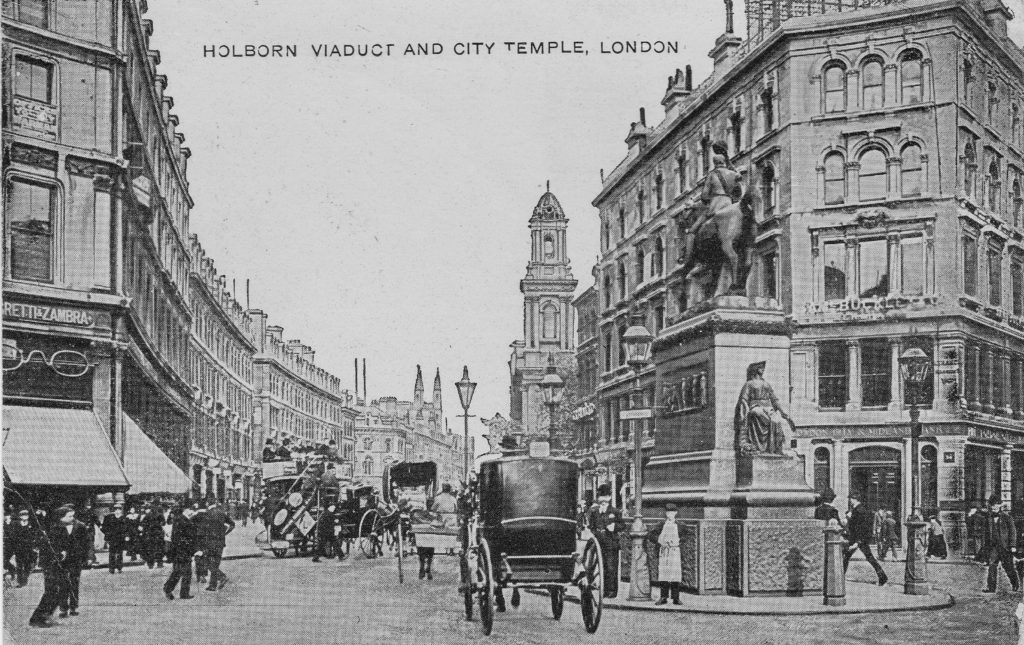 Postcards were used for advertising by many businesses including restaurants such as Simpson’s in the Strand. Originally opened in 1828 and still in business with carvers and roast beef a specialty, although I doubt that today’s staff have the same length of service as the carvers in the photo. The “youngest of them has served there for over a quarter of a century”.  I also suspect you would not want to complain about your Sunday Roast to these rather intimidating carvers. 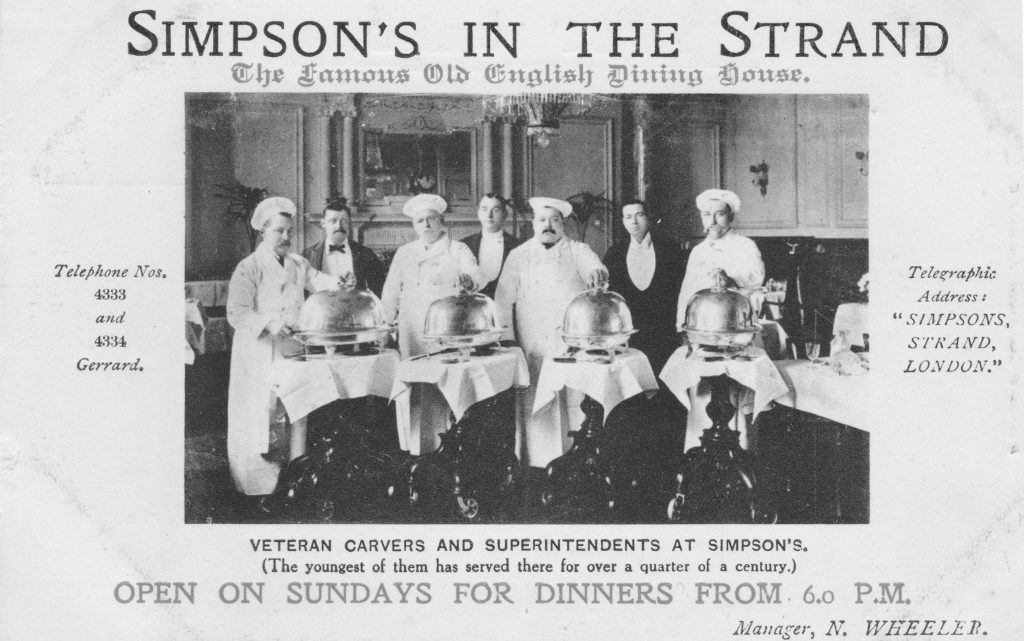 The original City of London School on the Victoria Embankment by the northern end of Blackfriars Bridge. Although the school has relocated the buildings are still there. At the far edge can be seen the corner of De Keyser’s Royal Hotel. 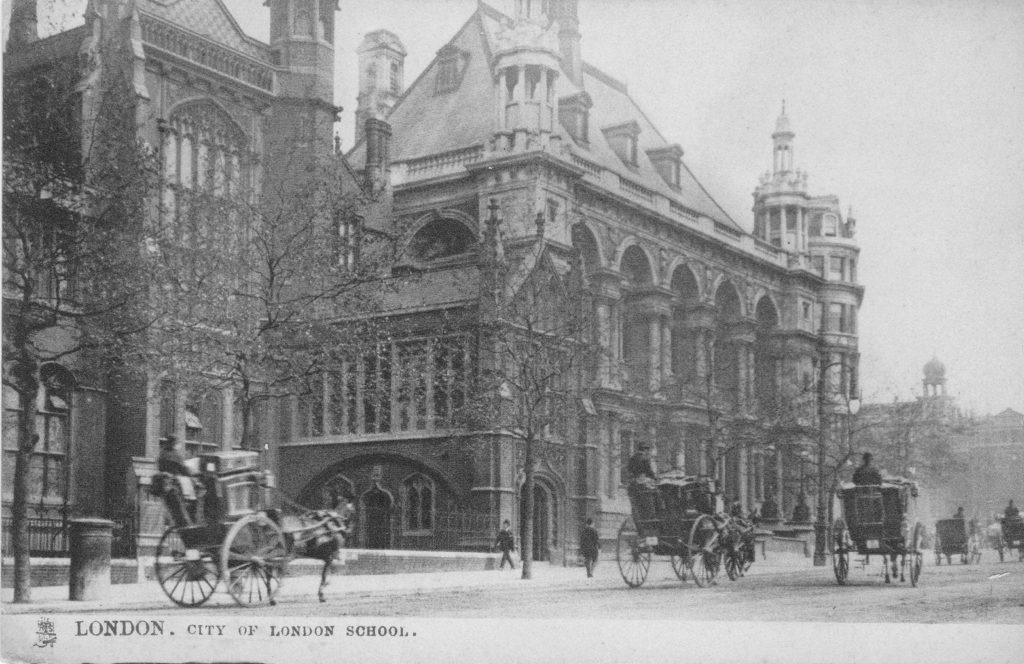 Earl’s Court was an entertainment and exhibition centre long before the large exhibition centre (currently being demolished) was built-in the 1930s. An early wooden roller coaster is on the right and I am not sure what the ride is on the left which seems to provide some means of gliding people to the top. 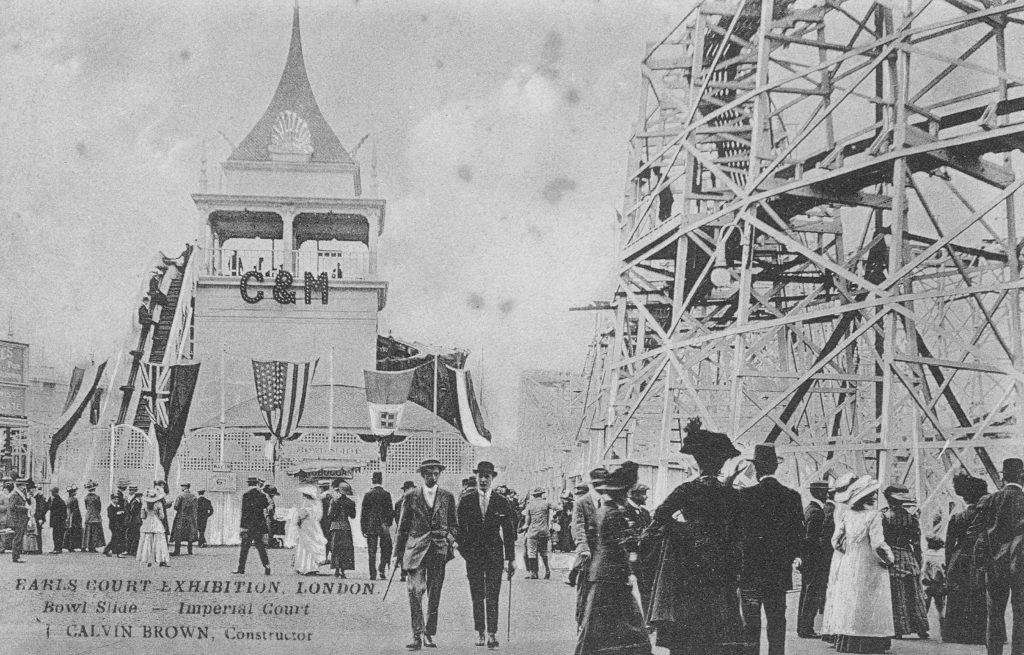 In the 1950s, Charles Skilton published a series of twelve postcards called “London Life”, typical scenes of people and events across London. Often this type of postcard would be a posed, however these photos all look to be natural. 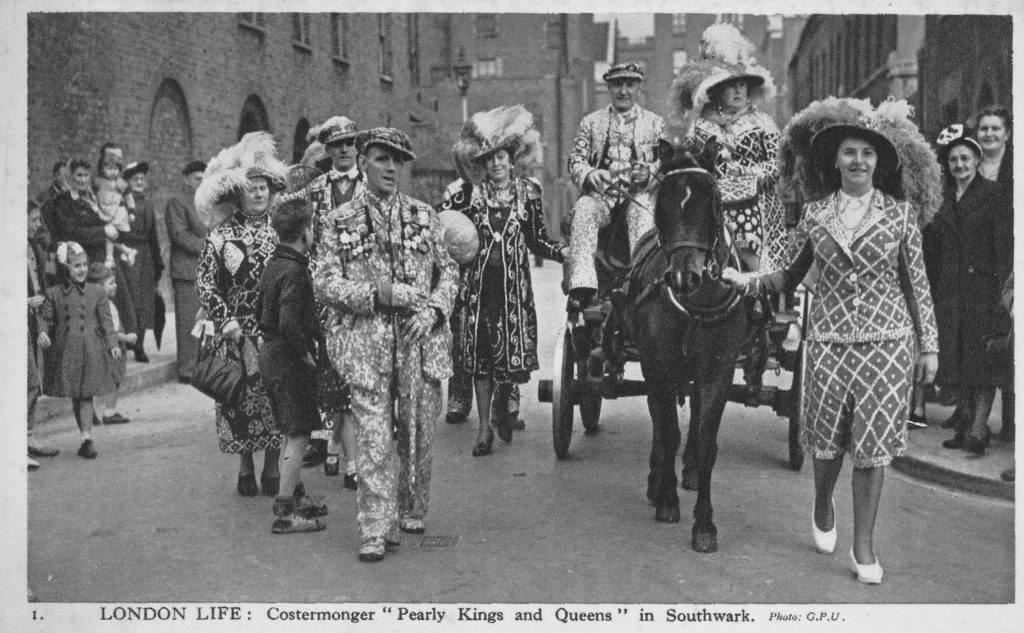 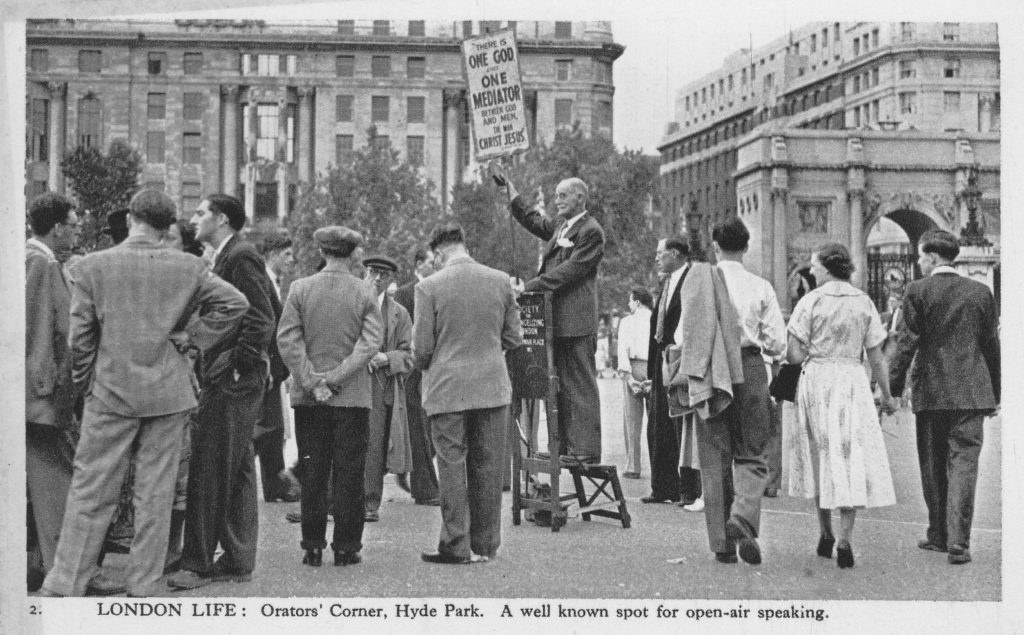 The busy docks in the Port of London. 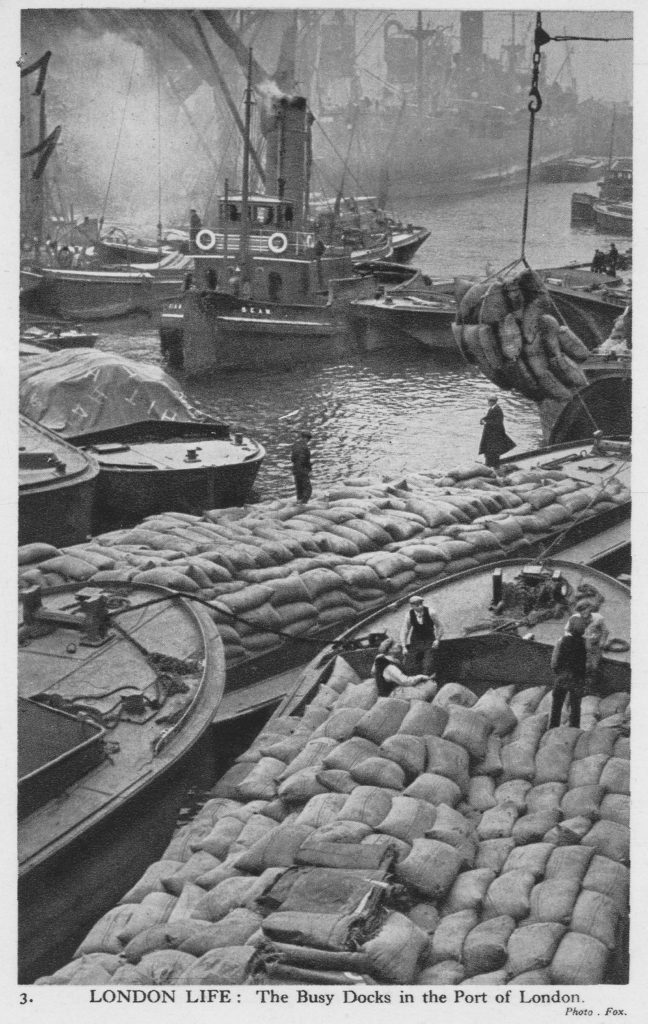 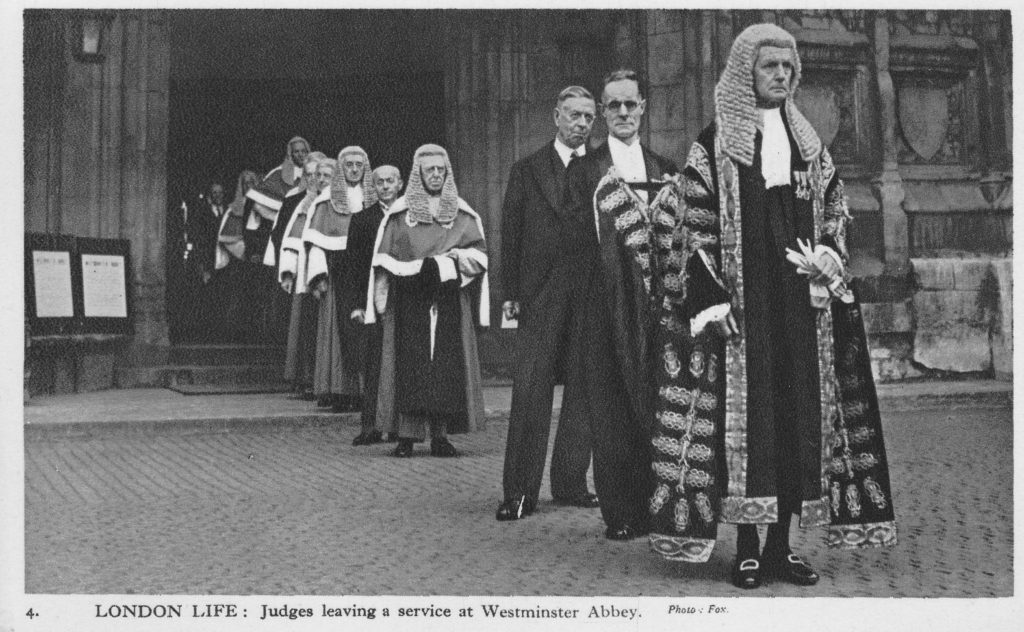 Posing for a photograph with the pigeons in Trafalgar Square. 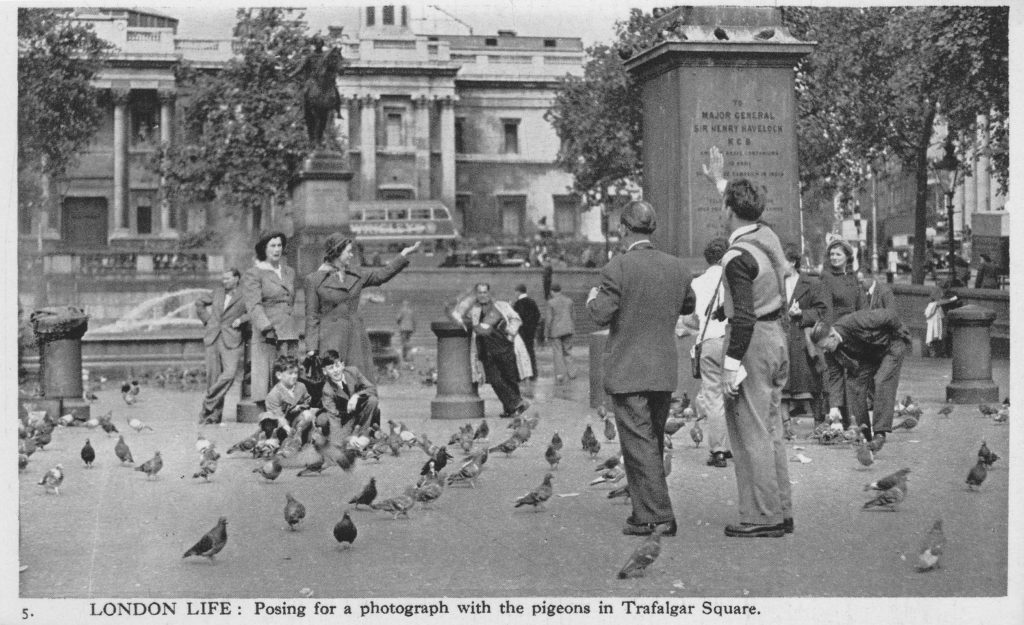 A Flower Seller in Piccadilly Circus. 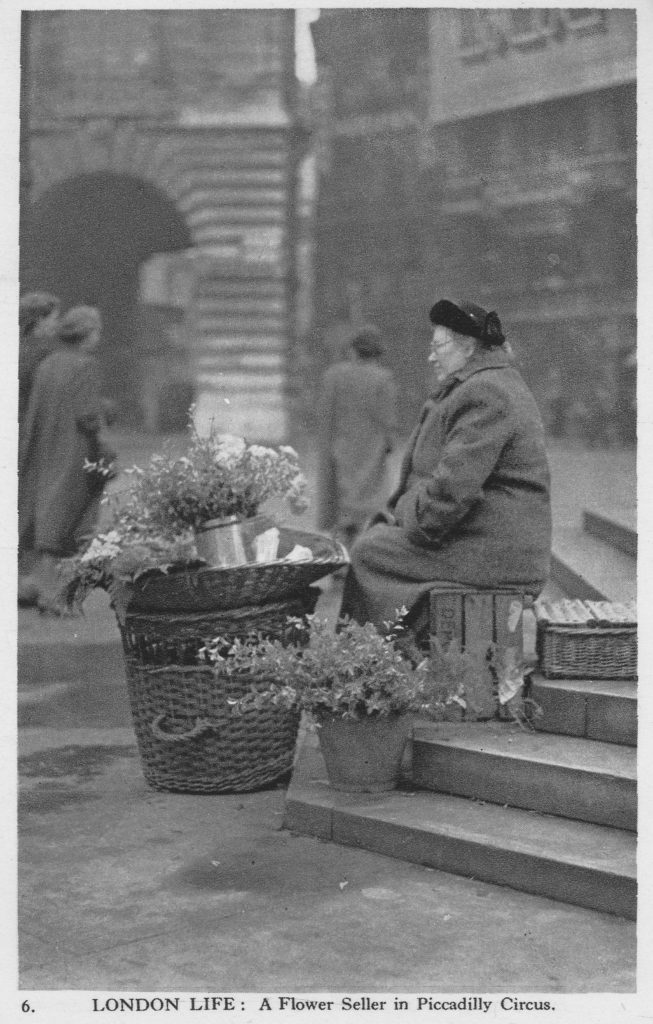 An Entertainer escapes from a bound sack in the Charing Cross Road. I think this must have been Johnny Eagle as the performers look the same as in the photos my father took on Tower Hill. 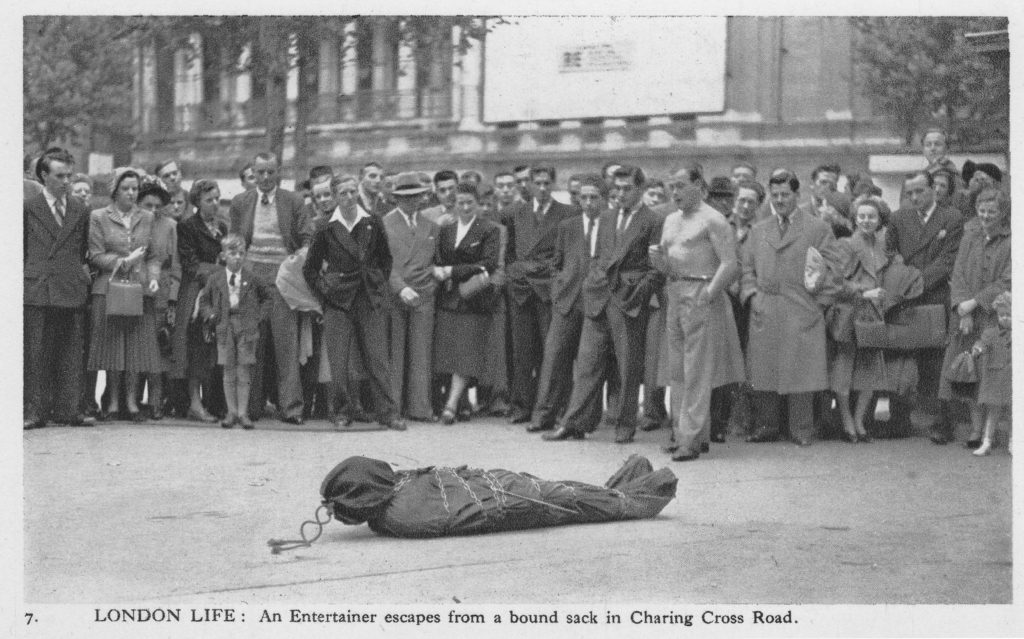 A pavement artist outside the National Portrait Gallery. 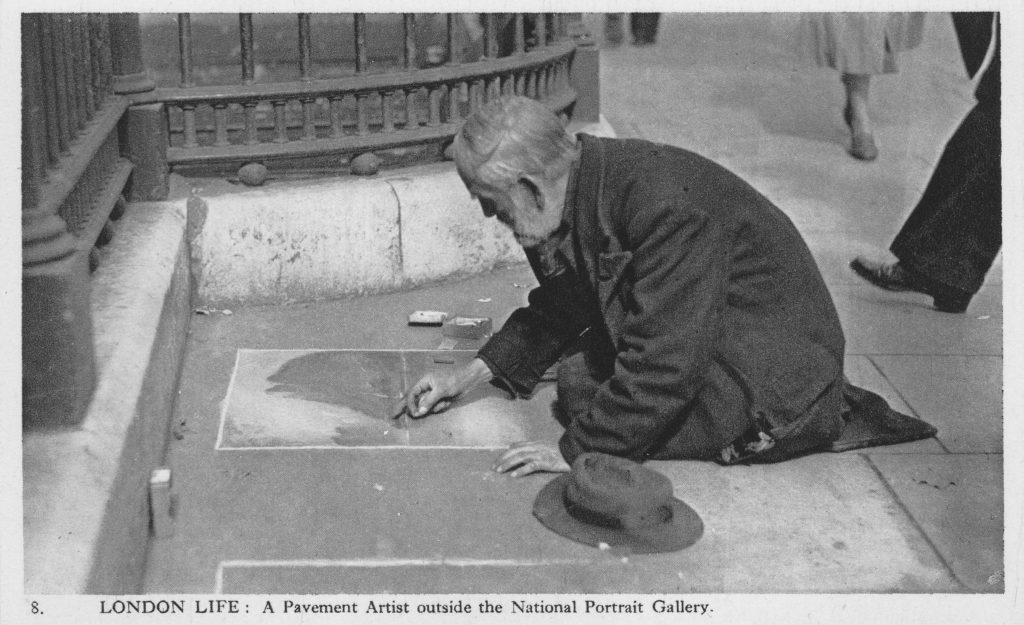 A Street Market in Soho – the view is looking down Rupert Street with Archer Street running to the immediate left. The pub on the corner, The White Horse is still there and the building on the immediate right is the Gielgud Theatre, which at the time was called the Globe (the name change to Gielgud Theatre was in 1994 as a tribute to Sir John Gielgud). 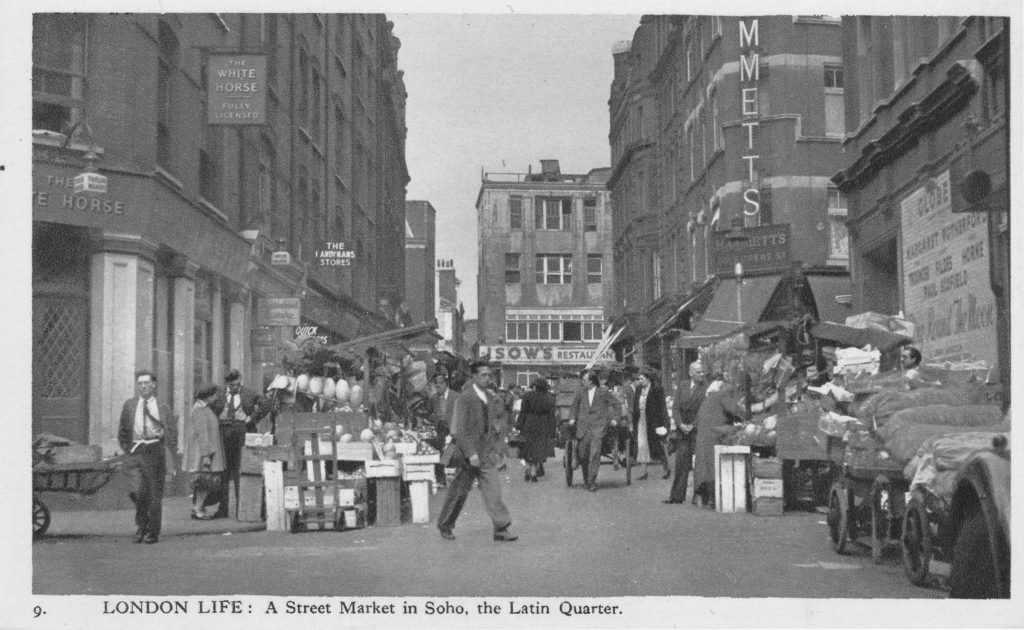 Artists show their pictures in the open-air at Hampstead. There were a number of open-air art exhibitions in London, as well as Hampstead, I have a series of photos my father took of an open-air exhibition in the Victoria Embankment Gardens. 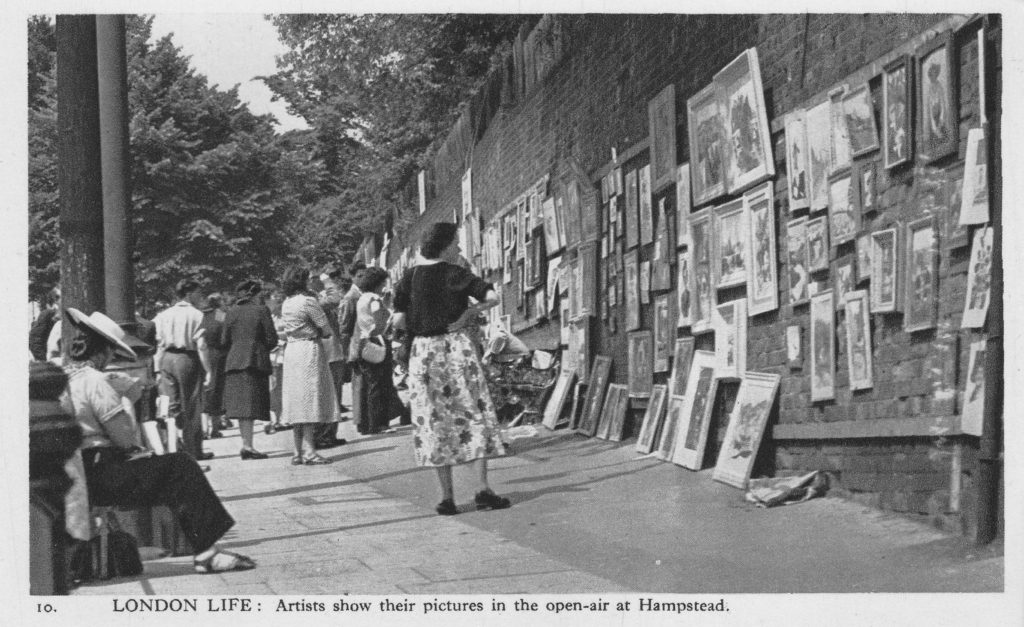 An East End Rag-and-Bone Man. Crockery is offered as an alternative to cash. 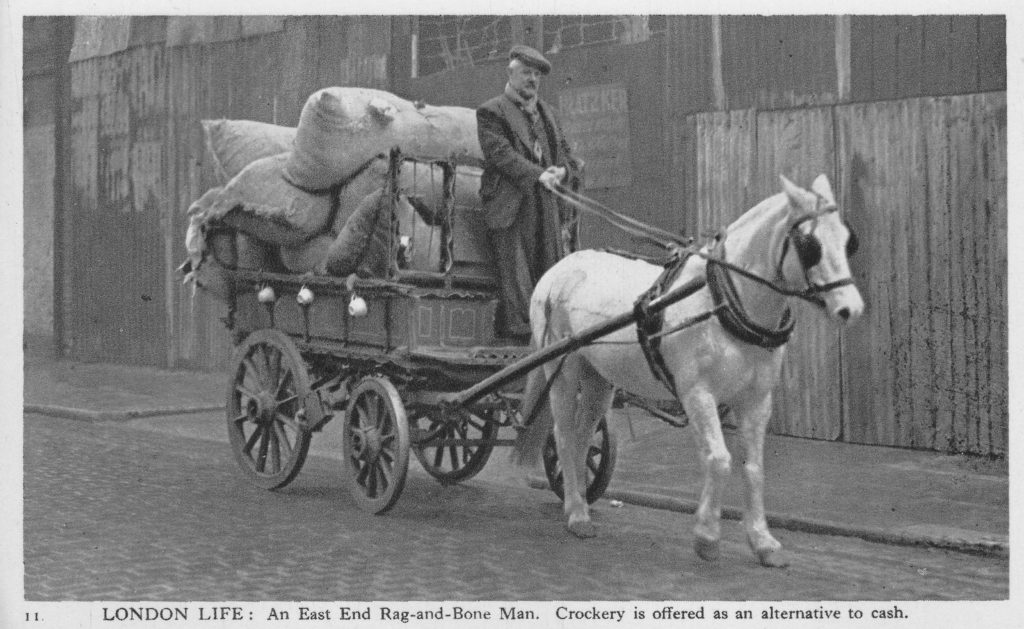 The Guards in Whitehall are a familiar spectacle. 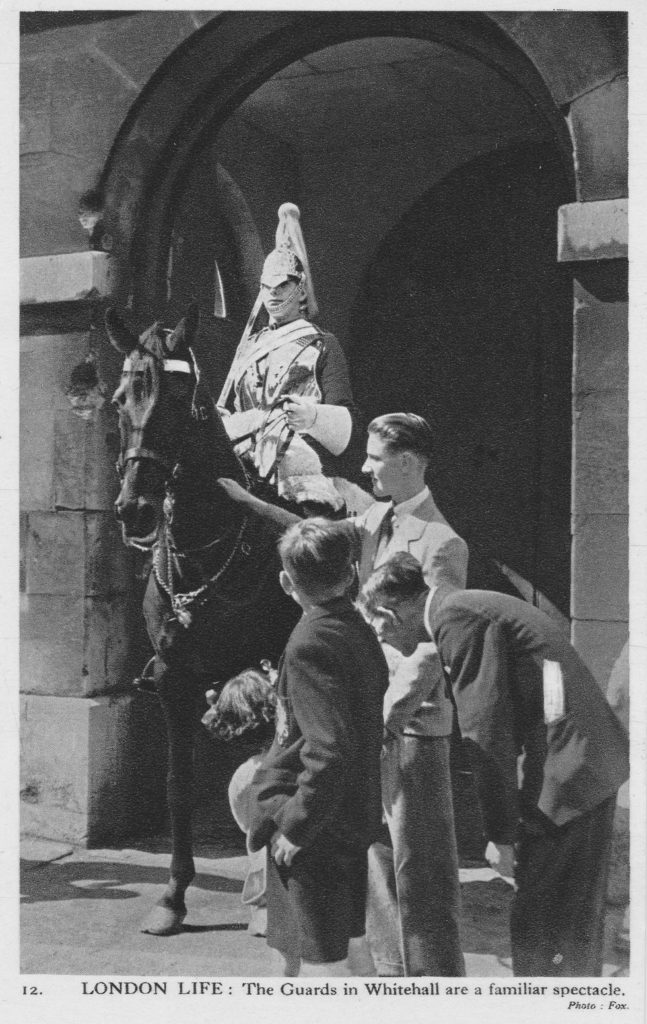 Postcards were generally used by tourists to London, or for sending a brief message which could be quickly written down and posted rather than writing a letter. With the growth in use of technologies such as e-mail, Facebook, Twitter, Whatsapp etc. I suspect that the future for postcards is in a very sharp decline and postcards of London Life will no longer provide a record of the changing city.