This week’s photo taken in 1947, is looking across to St. Paul’s Cathedral from just south of Queen Victoria Street. 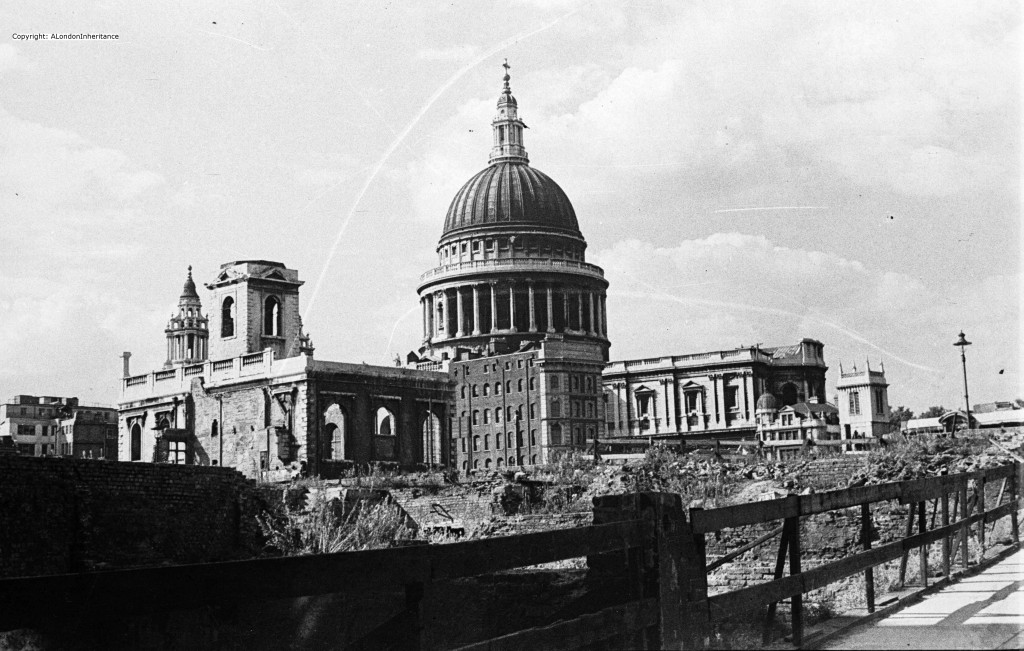 The photo clearly shows the devastation that wartime bombing caused to this area of the city and how amazing that despite this, St. Paul’s survived with relatively minimal damage.

The areas that were bombed were quickly cleared of any standing structures to make these areas reasonably safe, with just rubble, foundations and cellars remaining.

The exceptions to this were the churches of the city which, despite suffering terrible damage, were left standing ready for rebuilding.

The church in the foreground is St. Nicholas, Cole Abbey on Queen Victoria Street. The rebuilt church still stands, however finding the exact location of the original photo is impossible due to the amount of rebuilding and loss of many of the smaller streets. 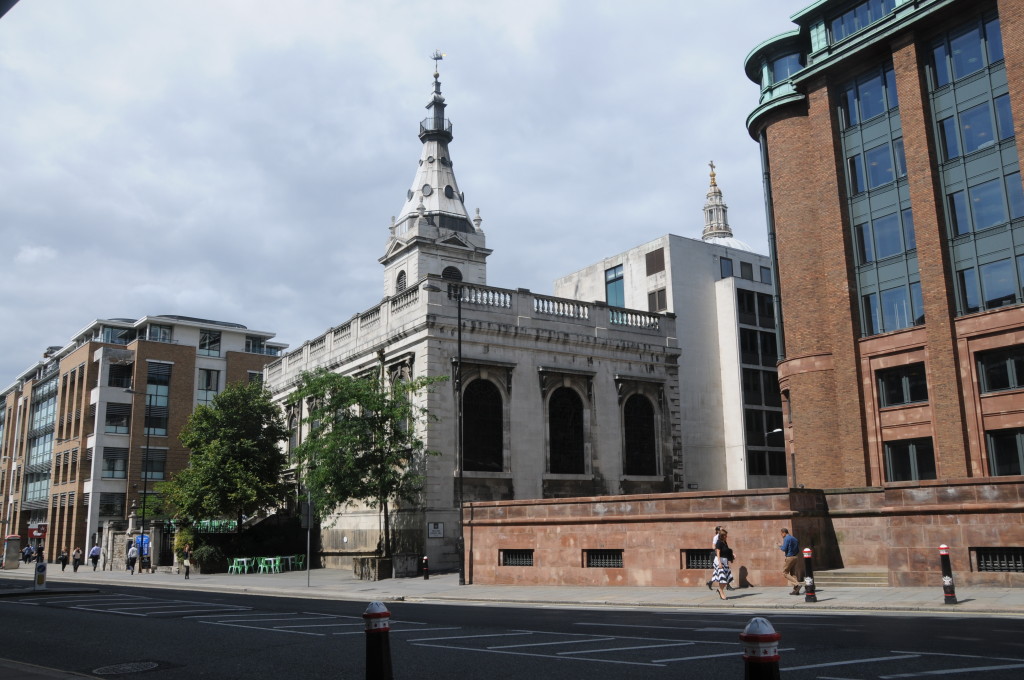 I am not in the exact position, my father’s photo was taken further back towards Upper Thames Street, however I could not get to the point I wanted due to the building that is now across the site.

The view across to St. Paul’s is also totally obscured by building with the exception of the very top of the dome.

As with the majority of City churches, it has been a location for a church for many centuries as the original St. Nicholas, Cole Abbey was founded before 1144. The church on the site was destroyed in the Great Fire and rebuilt by Wren as the first rebuilt after the Fire. The name of the church is somewhat misleading as it was never the site of an abbey. Some sources attribute the name to a derivation of coldharbour.

This is what St. Nicholas Cole Abbey looked like in the 1930s (from The Old Churches of London by Gerald Cobb):

Interesting to compare the 1930s drawing with the rebuilt church of today and admire how accurately the steeple on top of the tower has been rebuilt after complete destruction during the war.

St. Nicholas, Cole Abbey has also featured in film. The excellent Lavender Hill Mob released in 1951 was filmed in a number of London locations, including the bombed landscape between St. Paul’s and the river. The theme of the film is a gold bullion robbery which takes place outside of St. Nicholas when the van carrying the gold is hijacked and driven to a warehouse on the edge of the river.

This film is very well worth purchasing, not just for the story, the excellent Alec Guinness and Stanley Holloway along with a very early appearance by Audrey Hepburn, but also for the many scenes shot in the City just after the war and prior to the start of any rebuilding.

The following still from the film shows the hijacked van with the gold bullion being driven past St. Nicholas: 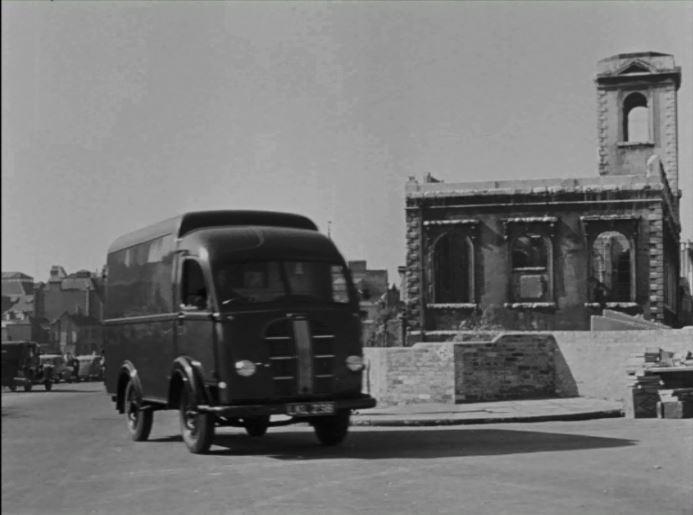 And approaching the warehouse with St. Nicholas very clear in the background: 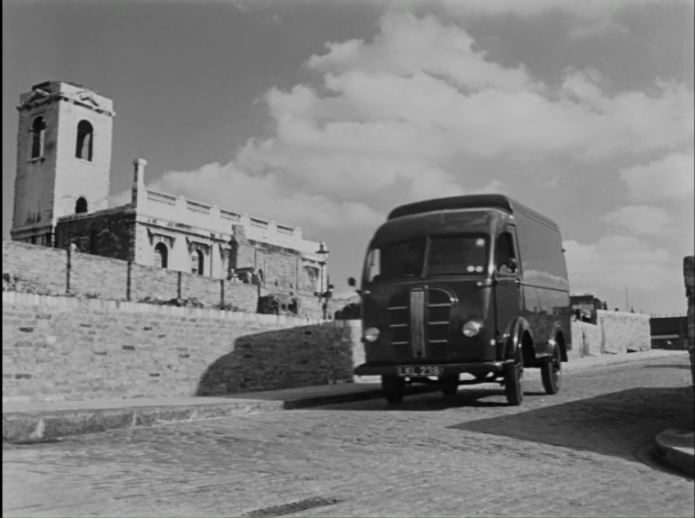 The area is so different today, however fortunately as across the City, the Wren churches continue to provide landmarks to the earlier topography of the City.