A rare week day post today with a short account of just one of the small changes that take place every day all across London.

I was at London Bridge Station earlier this week, and noticed that a cafe photographed in 1986 had changed to a kebab shop. I think the change was relatively recent, but it is indicative of small changes across the streets of the city that can easily go unnoticed.

Duke Street Hill runs from the junction with Borough High Street down to Tooley Street, alongside the brick railway viaduct that exits London Bridge Station on the route to Cannon Street Station, and with a couple of entrances to London Bridge Underground Station.

The area was very different in 1986 when the following photo was taken, the rebuild of London Bridge Station was still some years in the future and at number 23 Duke Street Hill was My Tea Shop: 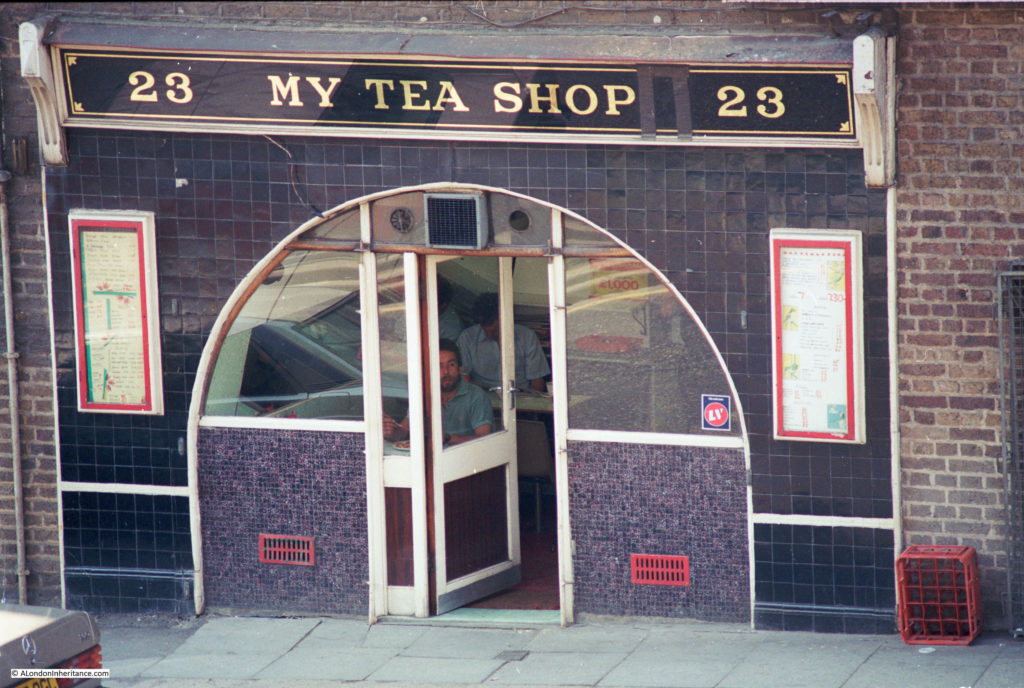 This was in the years before Starbucks, Costa, Pret and the multiple other chains and individual specialist coffee shops and cafes spread across London and My Tea Shop was representative of the type of small cafe serving Londoners in the mid 1980s.

It was small, served a brilliant breakfast, and also had a rather unusual name.

Their target market was those looking for breakfast and lunch, being open from 7 in the morning till 2:30 in the afternoon. A cup of tea cost 20p, and bacon, egg, and two sausages could be had for £1.05

This is the same location today, with the site of My Tea Shop now occupied by Londoner kebabs. 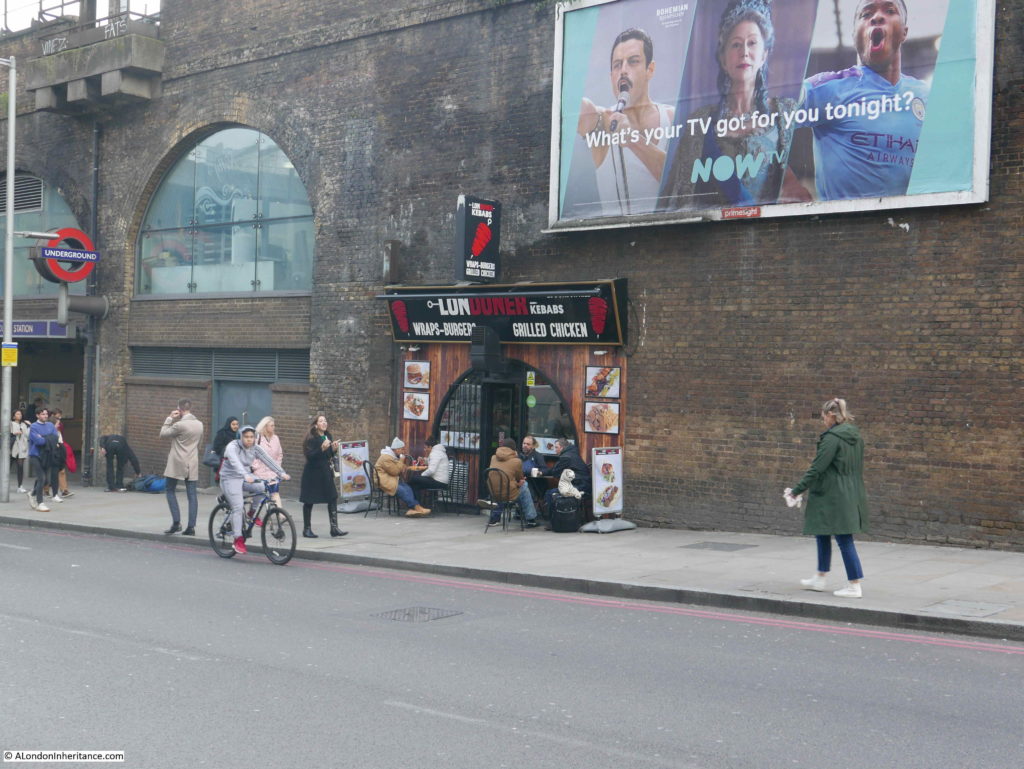 I took a wider view to the 1986 photo to show the exact location. The entrance to London Bridge Underground Station is on the left of the photo.

The fascia has completely changed to align with the new business, however I do hope the original sign was left underneath the new sign which projects forward from the wall. 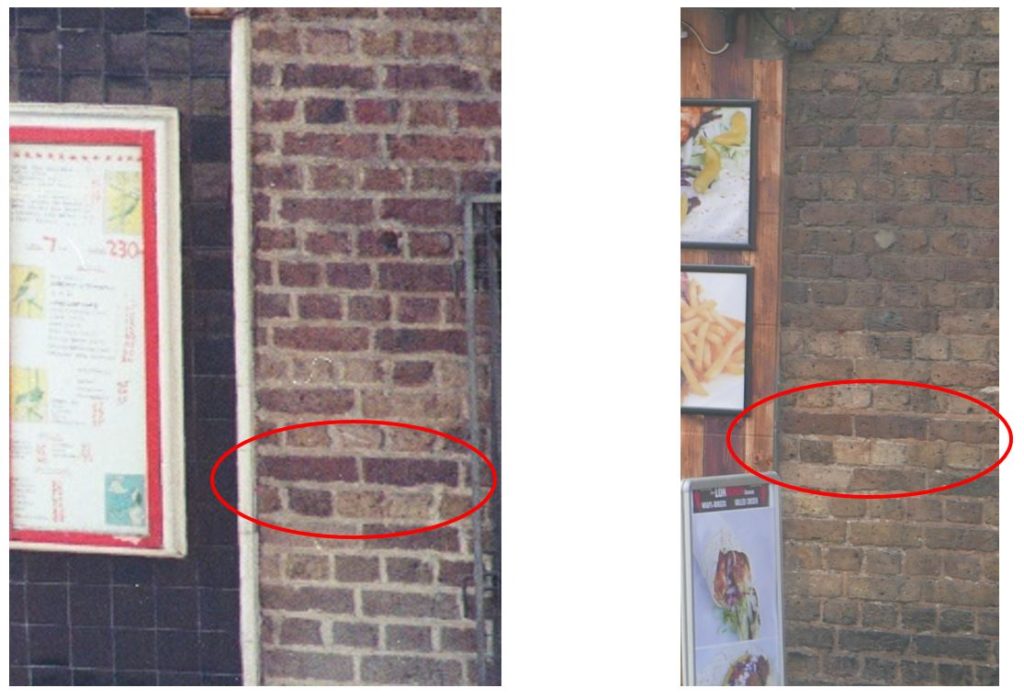 The type of cafe that My Tea Shop was a good example of, were once relatively common across London, but changing tastes, populations, high rents, growth of global chains, have all contributed to their decline.

I am not sure when My Tea Shop closed, I have walked past many times and not noticed, it was only because I had 30 minutes of spare time that I had a walk to take a closer look at how the area has changed that I noticed – such is the way of gradual change. It was also then that I realised it was one of the many locations in my collection of 1980s photos.

I do not know when the cafe first opened, but it seems as if My Tea Shop was open for at least 30 years.