This week I am on the southern end of Blackfriars Bridge, looking along the river towards the west. This was the view that my father photographed in 1952: 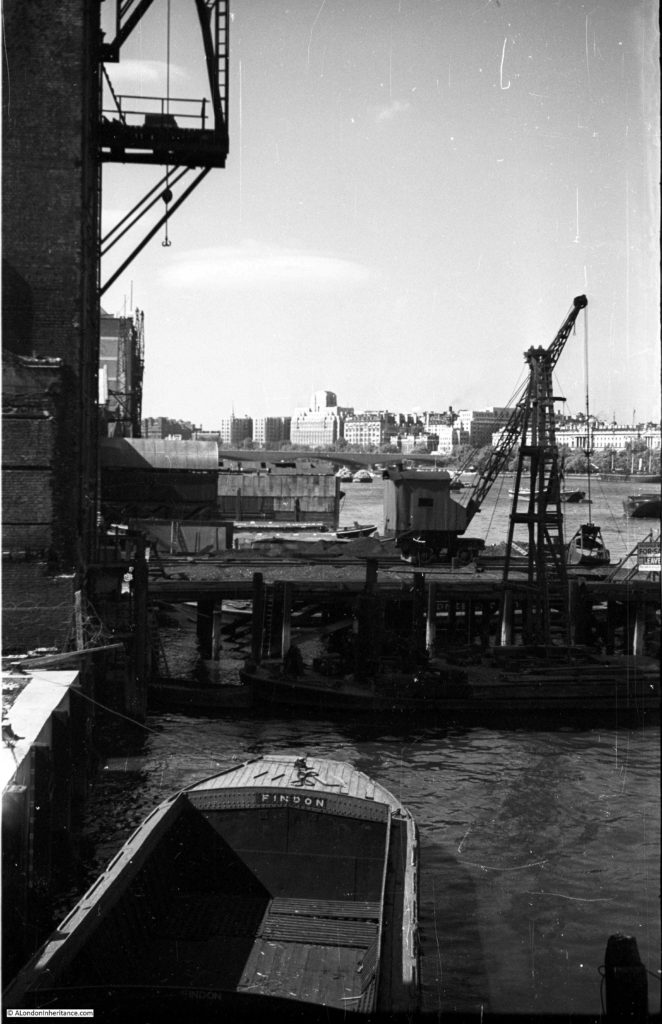 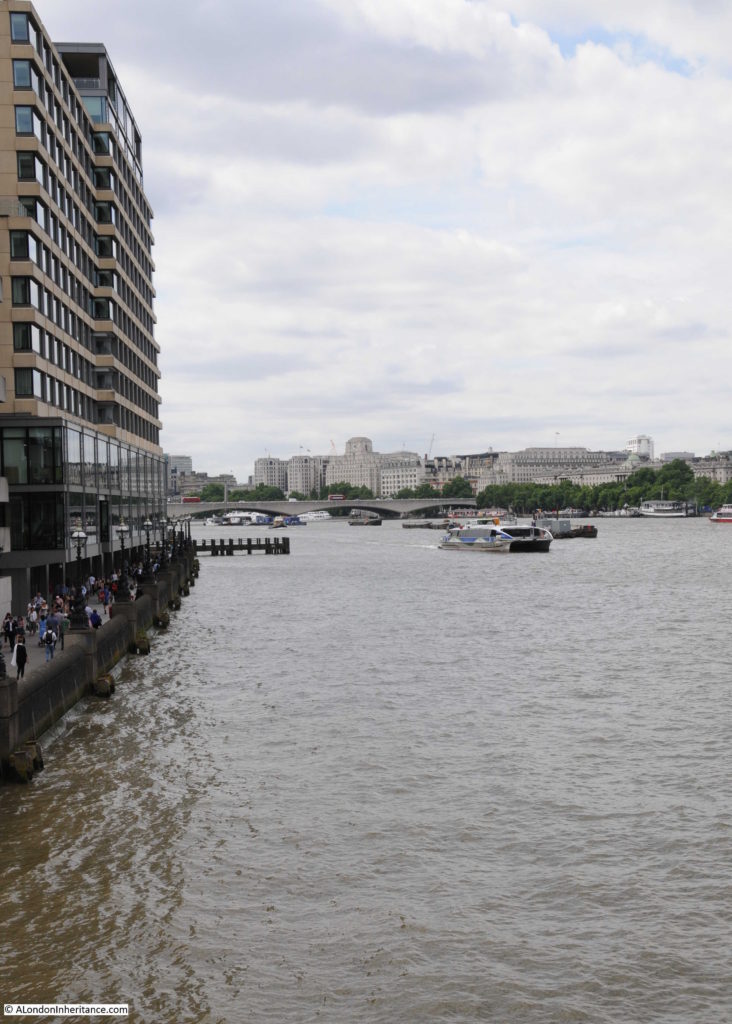 The buildings on the north bank of the river stand out well in my father’s photo, he had timed the sun perfectly. Shell Mex House, the Savoy, Waterloo Bridge and Somerset House provide a contrast with the south bank of the river.

In 1952, the south bank of the river was still an industrial landscape with warehouses lining the river’s edge and jetties sticking out into the river. All this has long since disappeared and the occasional remains of some of the jetties can be seen above the water, or on the muddy edge of the river at low tide.

Whilst the south bank of the river has changed dramatically, the north bank along this stretch of the river has hardly changed. A closer examination would show there have been cosmetic changes to the buildings, but at this distance the view looks much the same.

Blackfriars Bridge is the second bridge across the river at this location. It was designed by Joseph Cubitt, who was also responsible for the original Blackfriars Rail Bridge, the columns of which can still be seen in the river between the road bridge and the later rail bridge.

It was opened by Queen Victoria in 1869, on the same day as she opened Holborn Viaduct – a perfect illustration of how much development of the city’s infrastructure was taking place in the later half of the 19th century.

It is always interesting to look over the side of a bridge, and if you peer over the edge and look at the tops of the columns supporting Blackfriars Bridge you will find a series of beautifully carved birds. These were by the sculptor J.B. Philip and are carved in Portland Stone.

The birds along the west-facing side of the bridge are apparently fresh water birds and those on the eastern side of the bridge are salt water birds. I have read that the bridge marks the boundary of salt water penetration up the Thames, however I doubt this is correct, or that there is a clear boundary.  The Port of London Authority puts the boundary of river water and salt water at Barking, however this will move up or down river dependent on tides and the volumes of fresh water coming from the upper Thames. Theoretically, the river could have a gradually reducing salt content all the way to the tidal limit at Teddington Lock.

Starting from the northern end of the bridge, these are the four sets of birds that look out over the river, upstream towards the west: 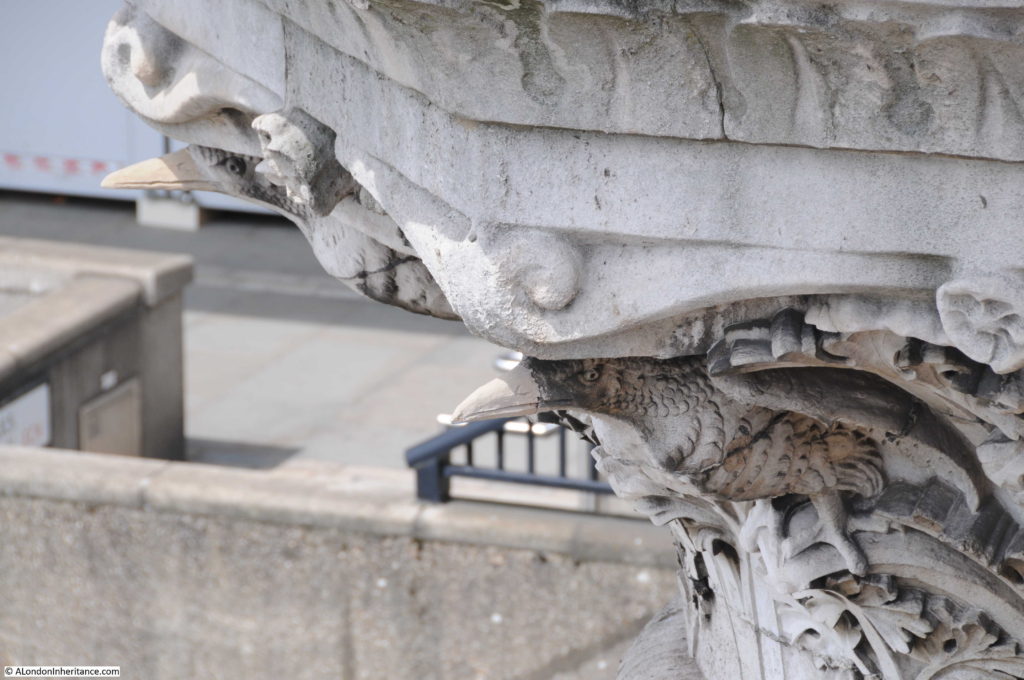 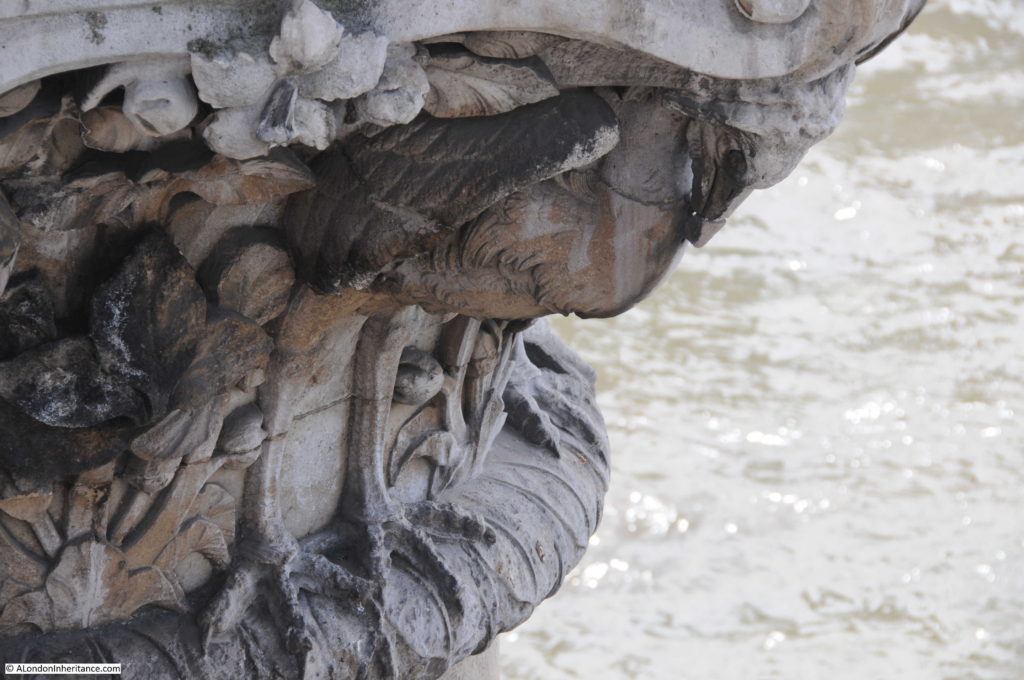 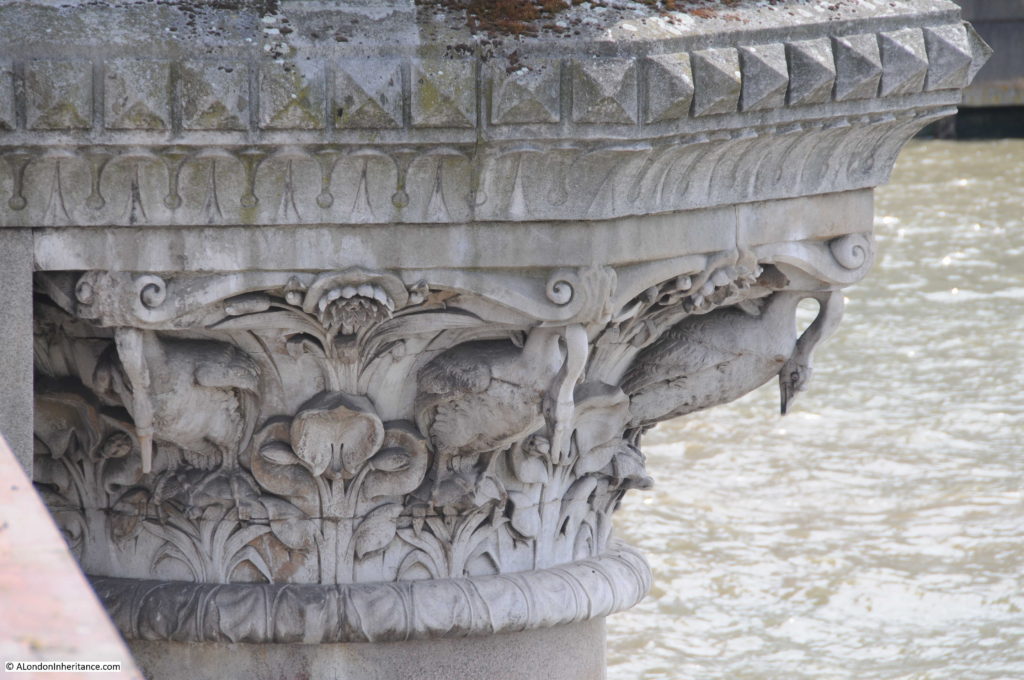 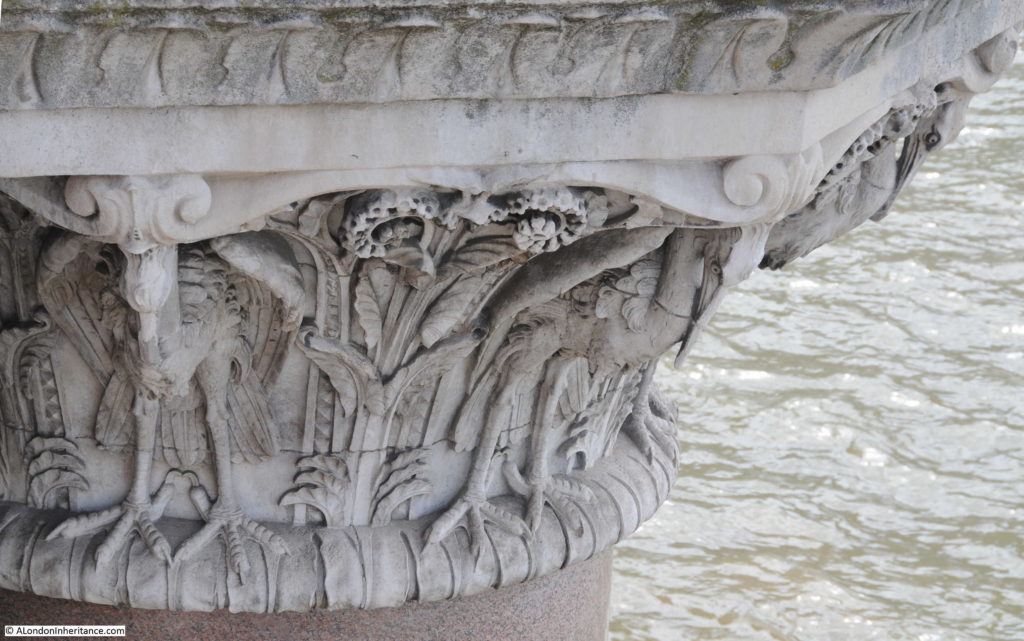 And walking back along the eastern side of the bridge, these are the birds looking along the river towards the estuary and the sea (although their view is blocked by the railway bridge): 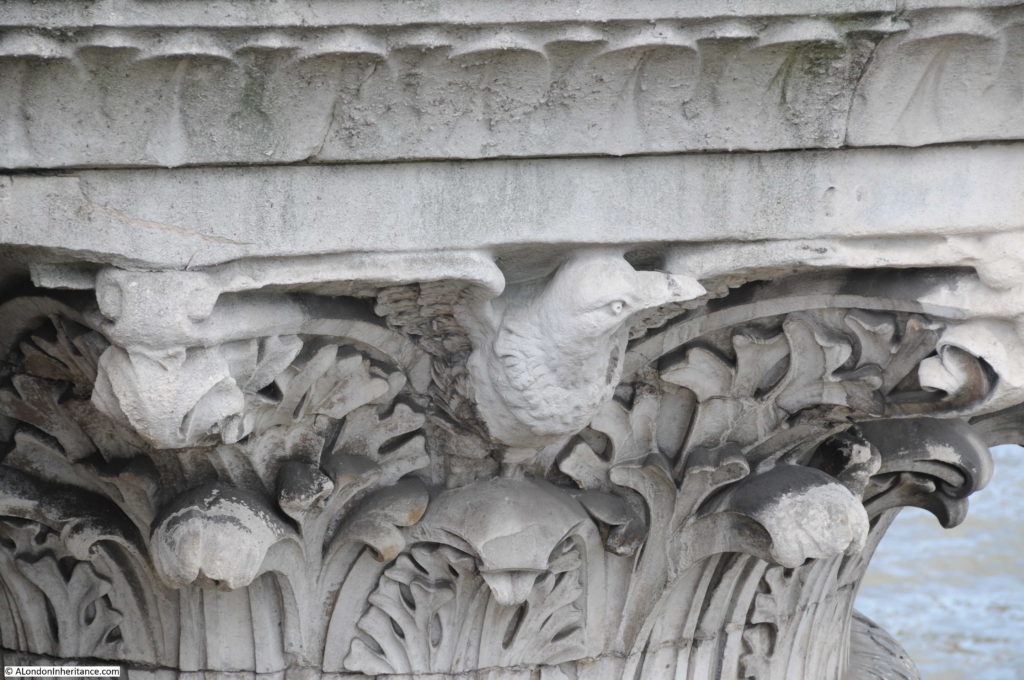 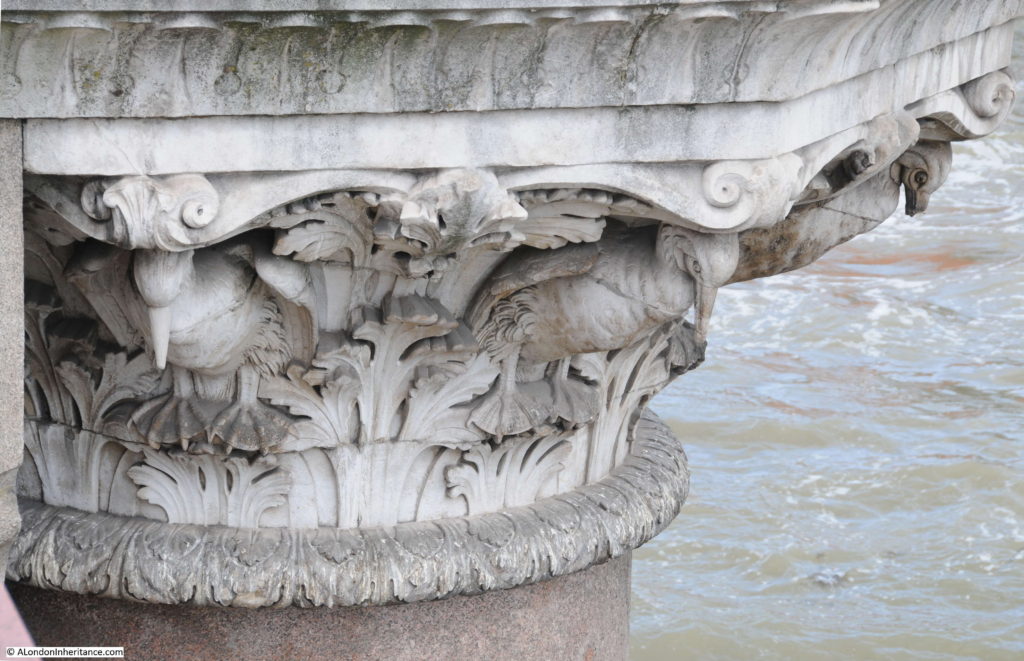 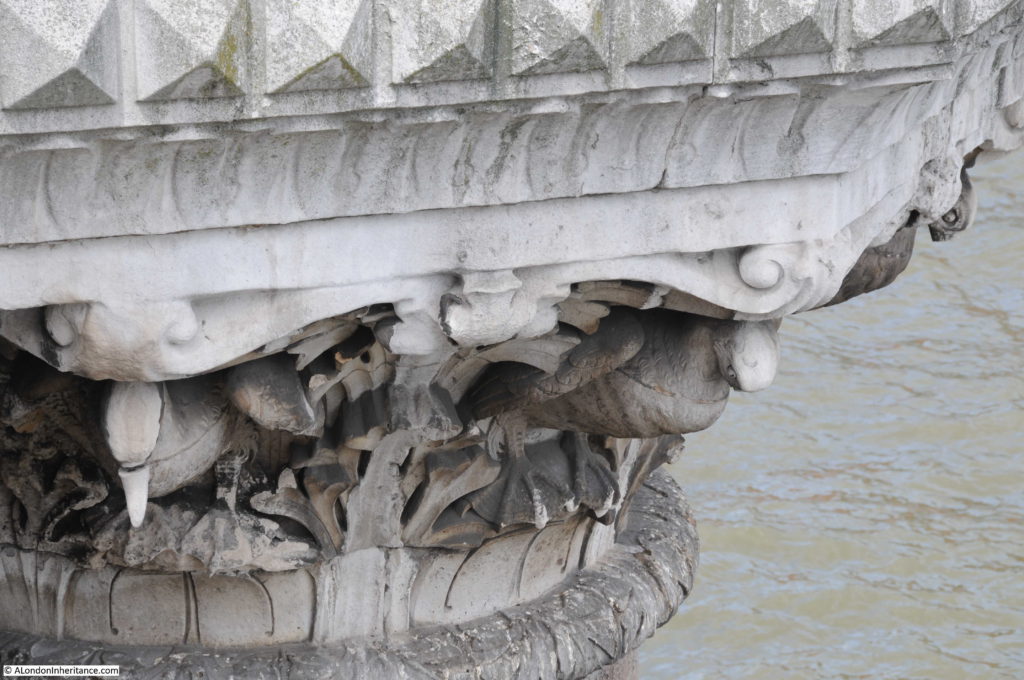 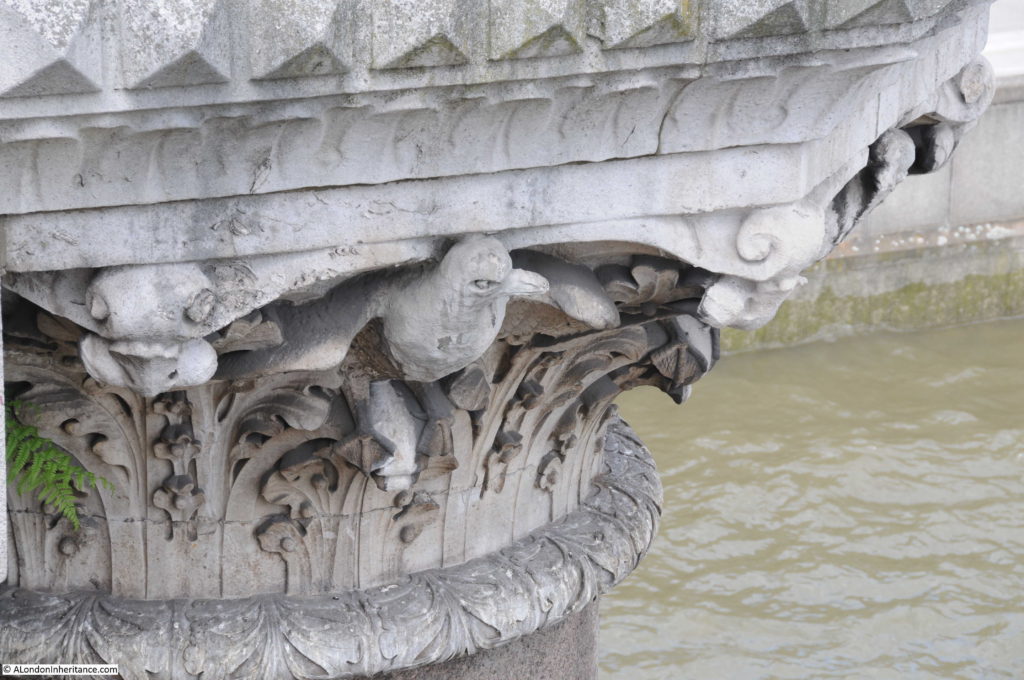 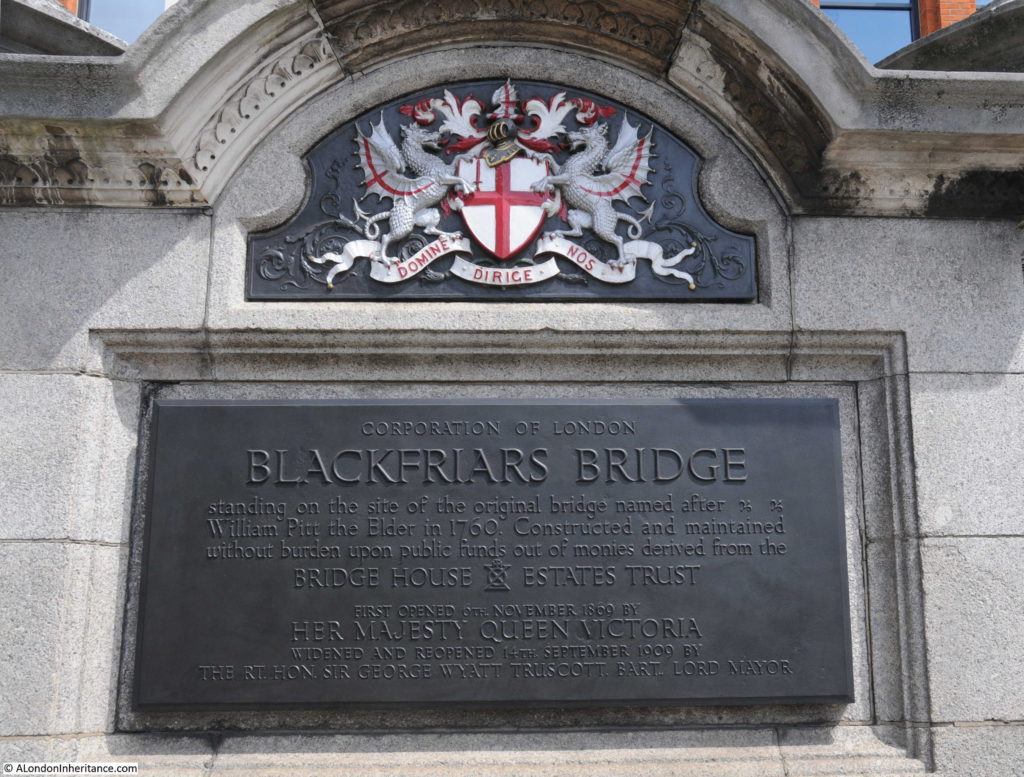 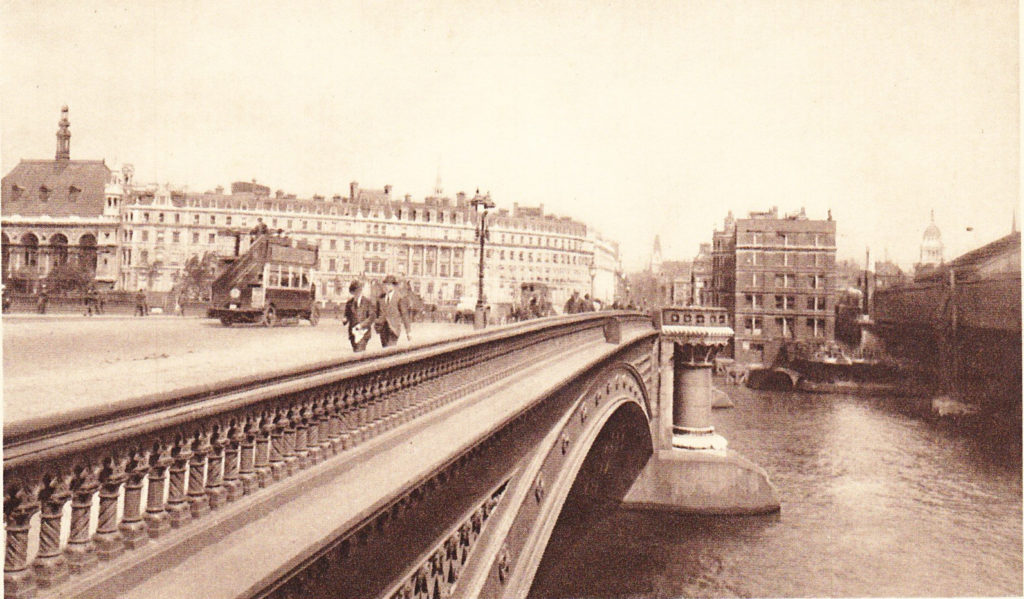 The last time I took photos along the bridge was in 2014 and the building at the north-east corner of the bridge was empty and boarded up. I was rather worried about the wonderful fountain in front of this building after seeing building work and construction hoarding hiding the fountain from the pavement. The fountain was provided by the Metropolitan Free Drinking Fountain Association and erected by the Association in July 1861 by the Chairman Samuel Gurney MP.

The hoarding is now coming down with wire fencing remaining and it is good to see the fountain still looking good after 156 years. 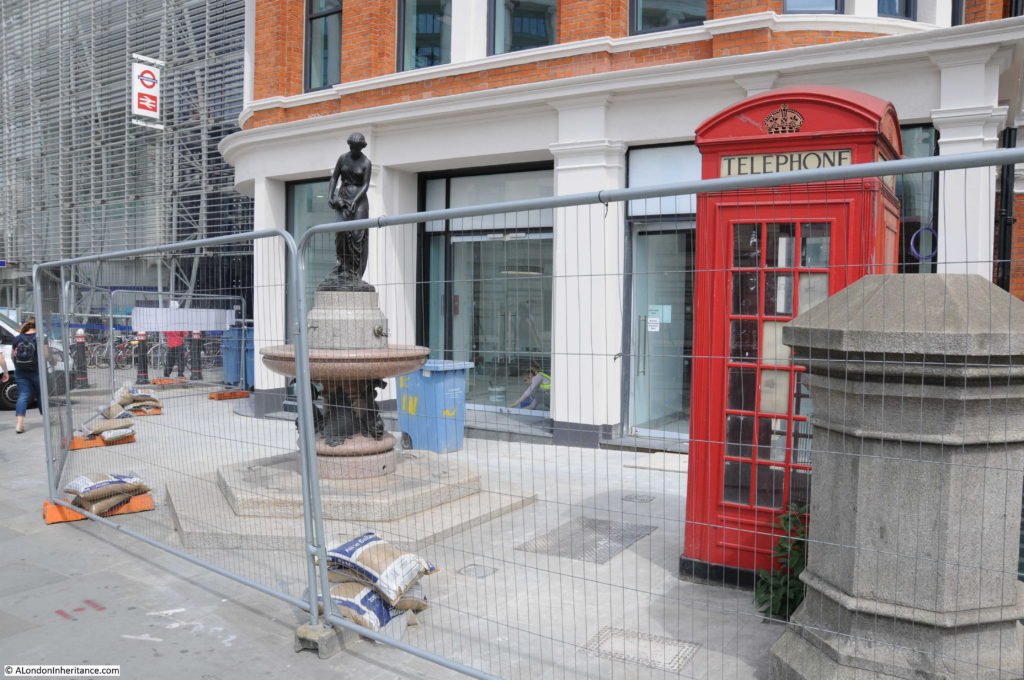 I have always been fascinated by the River Thames. Despite being the reason for London being where it is, and for the success of the City, today the river is often seen either as a flood risk or as a valuable scenic addition to the luxury apartments that continue to line the river.

Blackfriars Bridge is a means to cross the river, however the birds along the edges of the bridge acknowledge the river and the differences between the upstream and downstream sections of the river, pointing inland or down to the sea. The birds show that the river is not just a barrier to be crossed, but a living part of the city’s landscape.

13 thoughts on “The View From Blackfriars Bridge, Birds And A Fountain”