A brief post today as unfortunately work commitments have been rather heavy over the past week. Here are three photos that my father took in 1948, the first two show the northern approach to Tower Bridge with the third showing the view across to the City from Tower Bridge. This last photo really makes you wonder how we plan the City and the buildings that tower over their surroundings.

Firstly, standing on the approach road to Tower Bridge. The Tower of London on the right. The cranes that still lined the river are visible to the left and right of the bridge. The sign on the left warns that heavy goods vehicles much cross the bridge at 8 miles per hour. 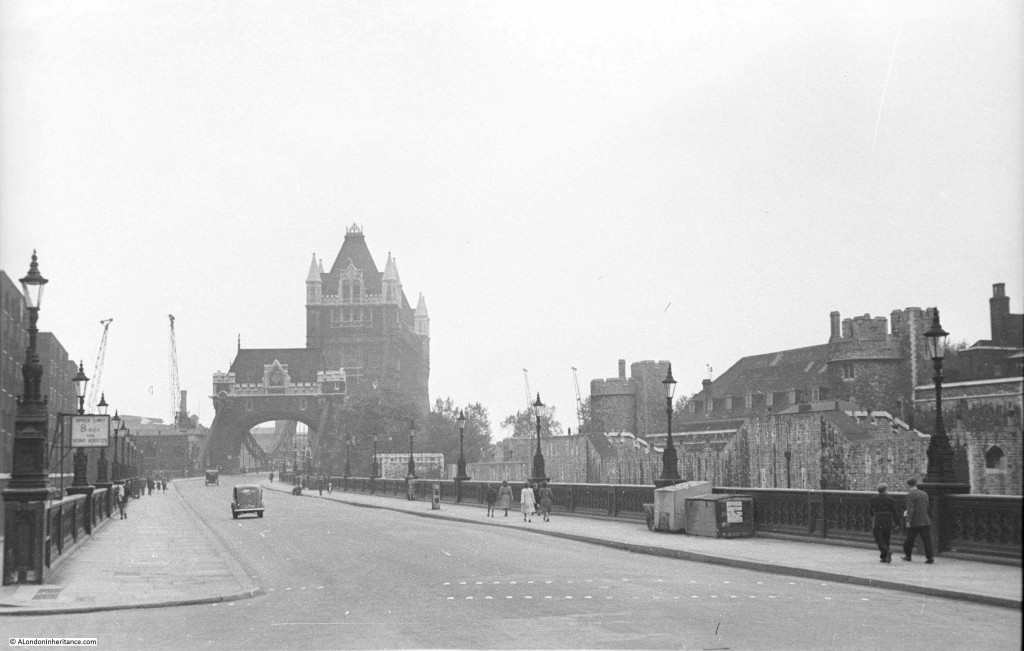 68 years later and I am standing in roughly the same spot on a very sunny day – always a mistake due to the deep shadows. It should have been easy to locate the precise location, however I believe that the slip road to the left in the 1948 photo has been moved back, slightly further north. 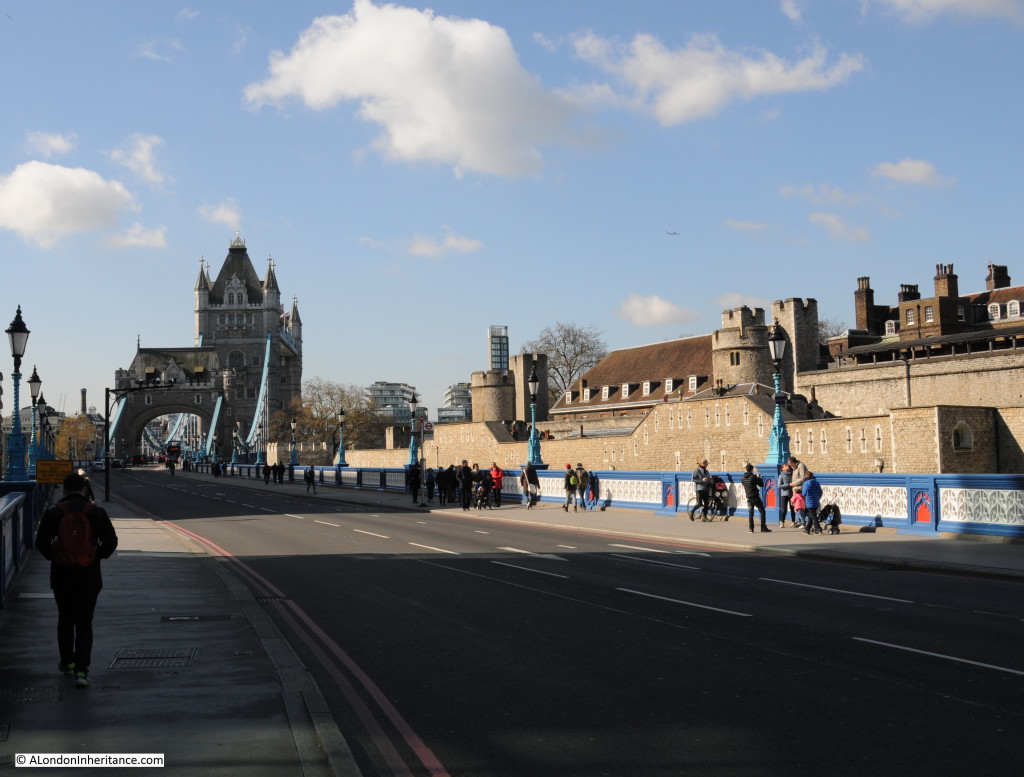 My 2016 photo also shows an empty road, a bit deceiving as I had to wait a lengthy period to get a clear road.

The next photo is a bit closer to the bridge. 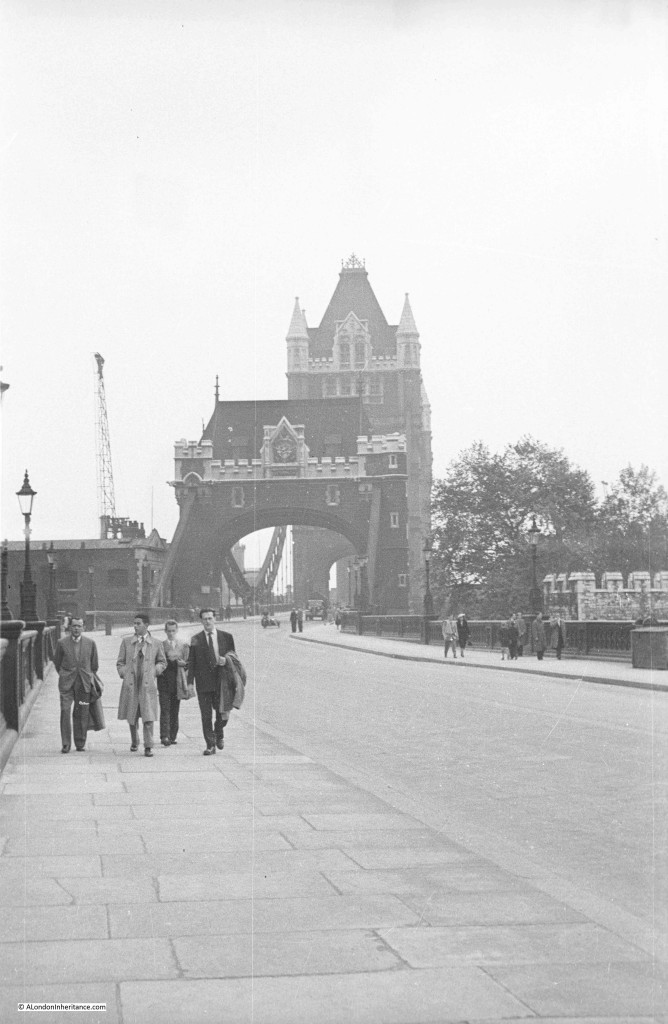 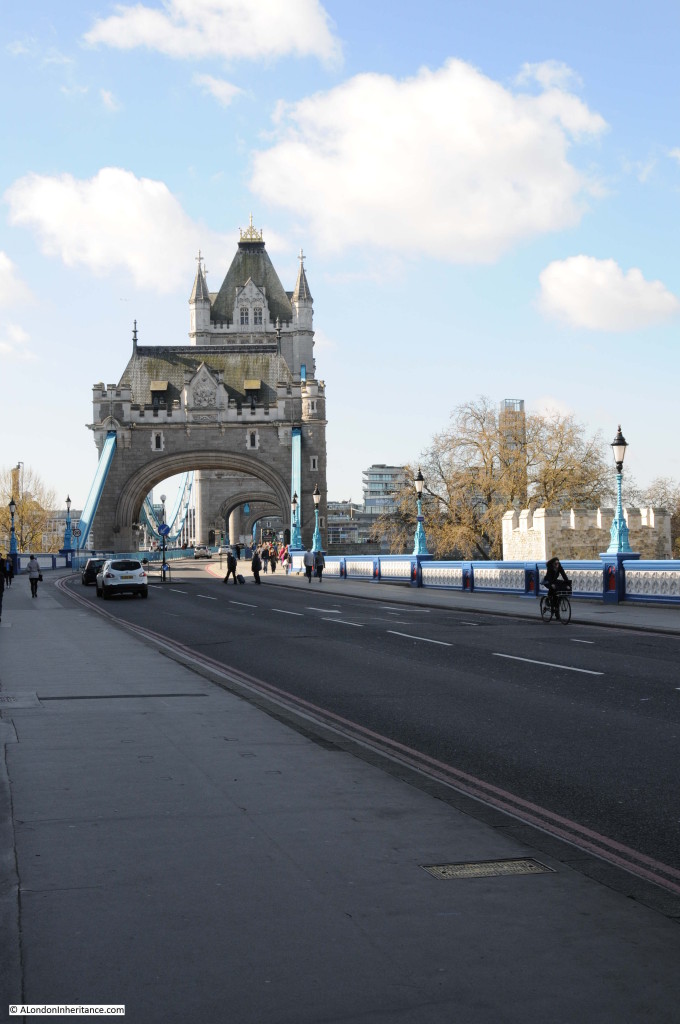 It is low tide, and along the bank of the Thames is the artificial beach, with stairs down from the walkway alongside the Tower. 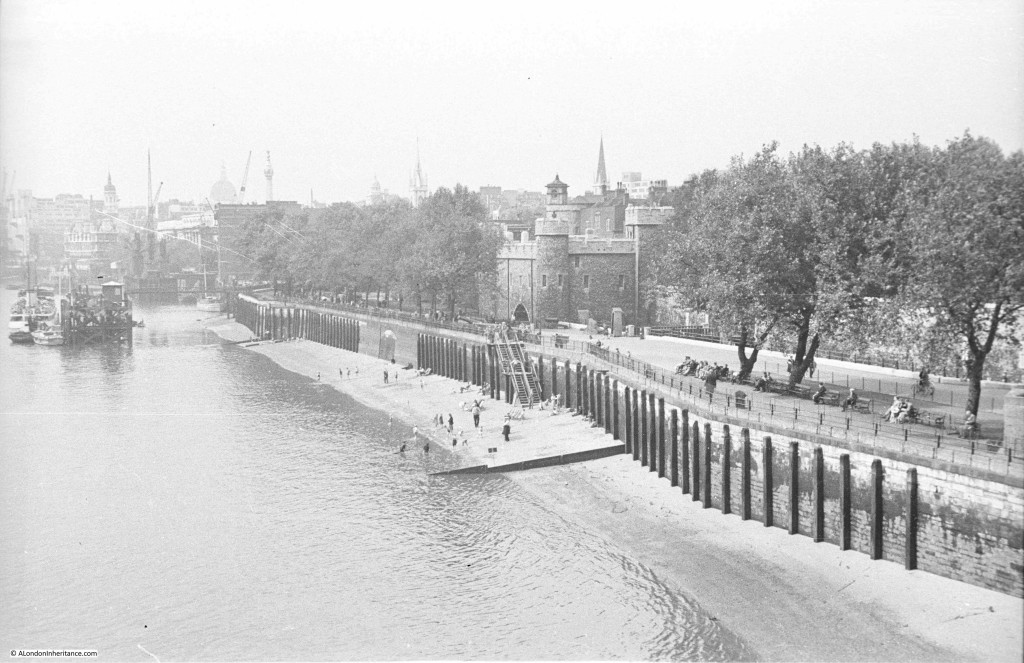 And the same view in 2016. I did not time the tide right, but the beach and the stairs have long gone. If you look carefully, just to the right of the red cranes, the dome of St. Paul’s Cathedral can just be seen, with slightly further to the right, the very tip of the Monument. 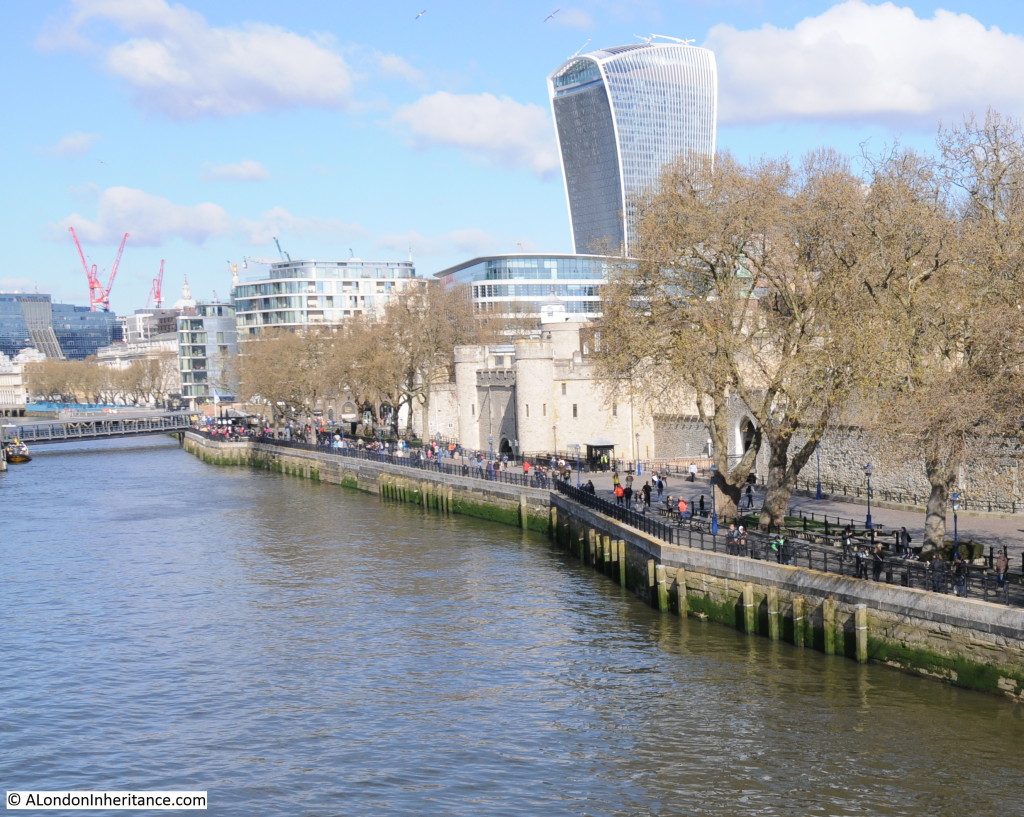 But what really intrudes into the 2016 view is the 20 Fenchurch Street building, better known as the Walkie Talkie building. Whilst the City cannot stay static, this building is just in the wrong place and the intrusive top-heavy design does not help.

I doubt that my father, standing on Tower Bridge and looking at the view over the City, would have imagined that it would look like this, 68 years later.